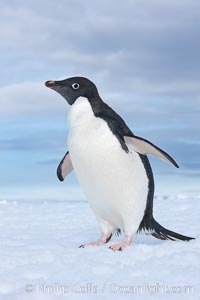 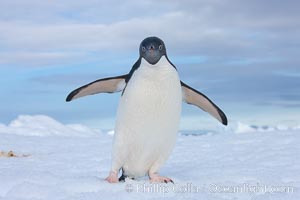 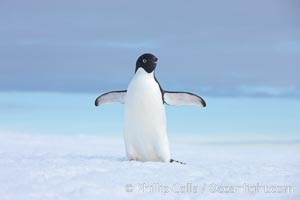 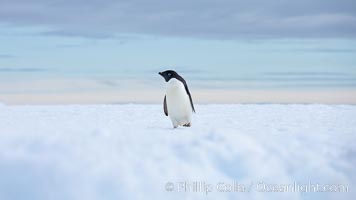 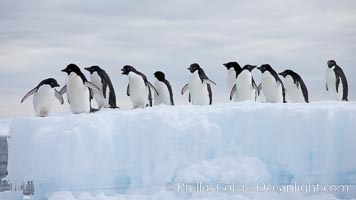 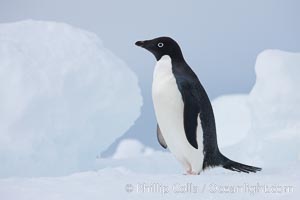 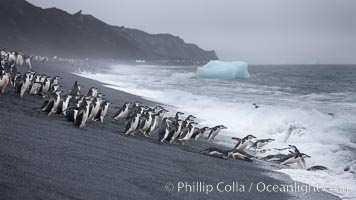 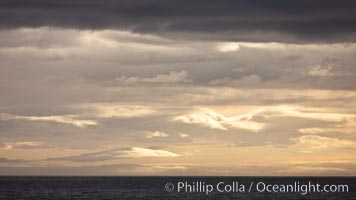 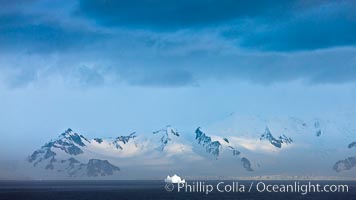 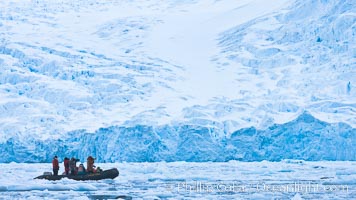 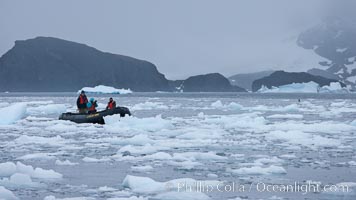 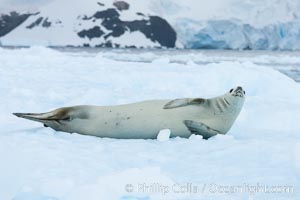 A crabeater seal, hauled out on pack ice to rest. Crabeater seals reach 2m and 200kg in size, with females being slightly larger than males. Crabeaters are the most abundant species of seal in the world, with as many as 75 million individuals. Despite its name, 80% the crabeater seal's diet consists of Antarctic krill. They have specially adapted teeth to strain the small krill from the water.
Species: Crabeater seal, Lobodon carcinophagus
Location: Cierva Cove, Antarctic Peninsula, Antarctica
Image ID: 25576 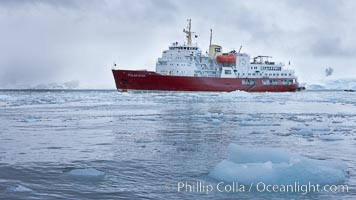 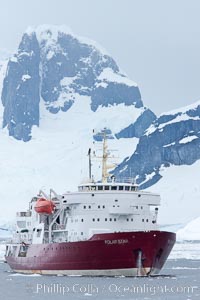 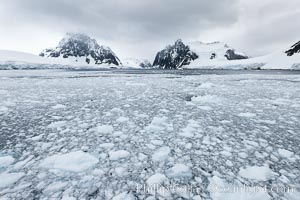 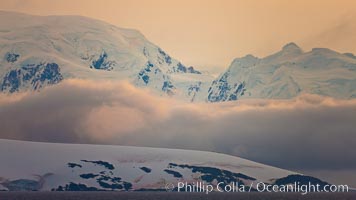 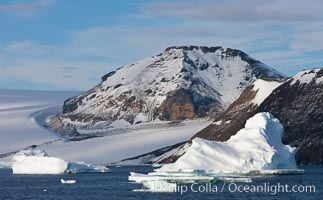 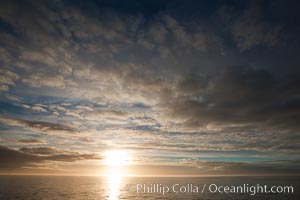 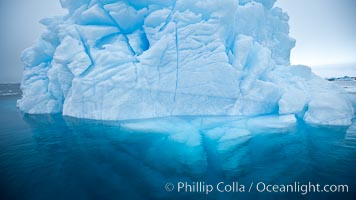 Iceberg above water and some of the underwater portion seen as well.
Location: Brown Bluff, Antarctic Peninsula, Antarctica
Image ID: 24802 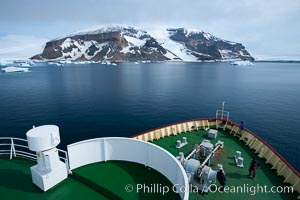 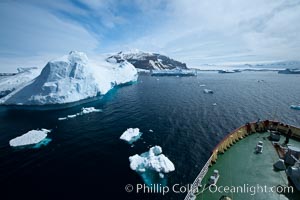 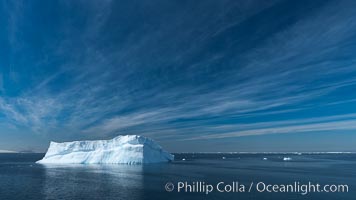 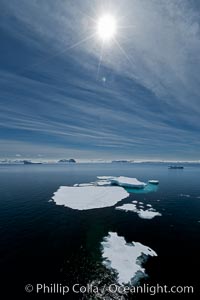 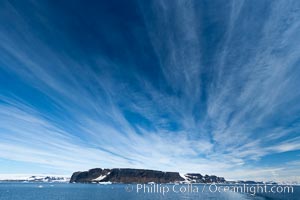 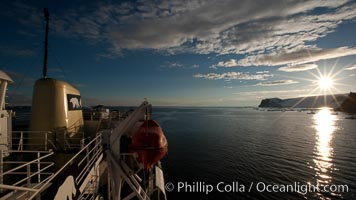 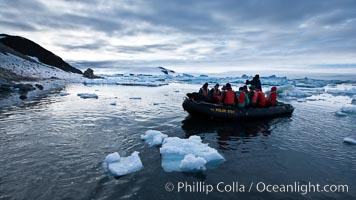 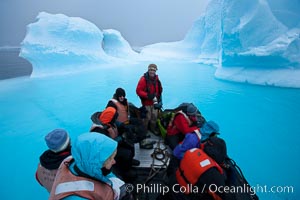 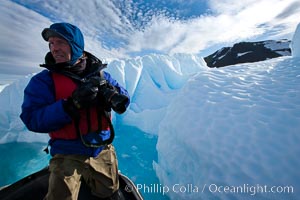 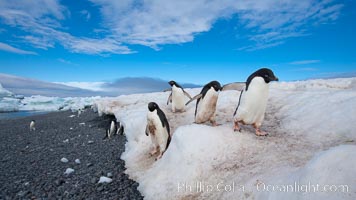 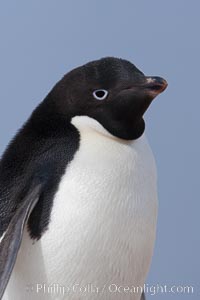