The Eureka Valley Dune Grass (Swallenia alexandrae) is a federally endangered grass found only in the Eureka Valley, in the far northern reaches of Death Valley National Park. Swallenia is a monotypic genus, consisting only of the one species alexandrae. The grass is a rhizome, forming horizontal stems that spread laterally underneath the sand, producing new roots and shoots that lead to a tufted aggregation of the plant. This perennial grass grows on the slopes of the Eureka Valley Sand Dunes. In the past its survival was threatened by off-road vehicles, which were prohibited by BLM in the Eureka Valley in 1976 with enforcement effectively beginning in 1980. The area became part of Death Valley National Park in 1994. We found a number of small tufts of Eureka Valley Dune Grass on the dunes. This one depicts the Last Chance Mountain Range in the background, viewed from the north end of the dunes. 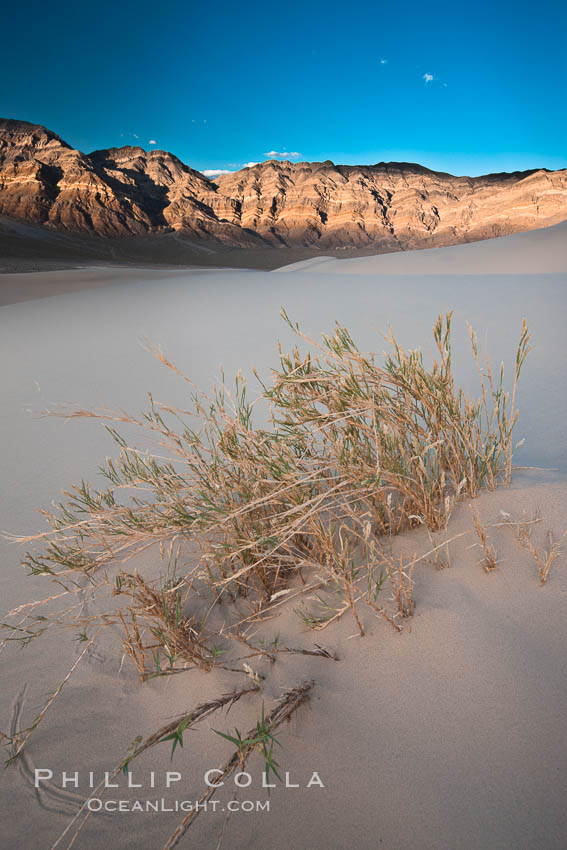 The Eureka Valley Sand Dunes are home to another notable and imperiled plant species, which I blogged about recently: the Eureka Valley Evening Primrose (Oenothera californica eurekensis)