Last year on my flight home from Albuquerque (where I went to photograph birds at Bosque del Apache National Wildlife Refuge), our plane was driven off-course by a strange stream of magno-gravitronic pulses, and we found ourselves over an area of California not normally seen from commercial planes. The pilot requested that all the passengers lower their window shades. As everyone else did so, I noticed outside my side of the plane curious patterns on the ground below. It appeared to be some kind of airport carved into the desert below. I snapped off a photo of it, then noticed that the 6’5″ “flight attendant” was rushing down the aisle toward me with a serious face. Fortunately, he tripped and fell as another magno pulse rocked our plane. This gave me just enough time to pull the flash card with the photos from my camera and replace it with another before he then confiscated my gear. “Dude, this is not Burma,” I thought, but decided not to resist. Once we landed I got my camera back from another burly “flight attendant”, but all the images had been erased.

Anyway, once I got home I pulled the card containing the surreptitious image from where I had stashed it (you don’t want to know) and viewed it in Photoshop. This is the one image I got before Mr. Man got my stuff: 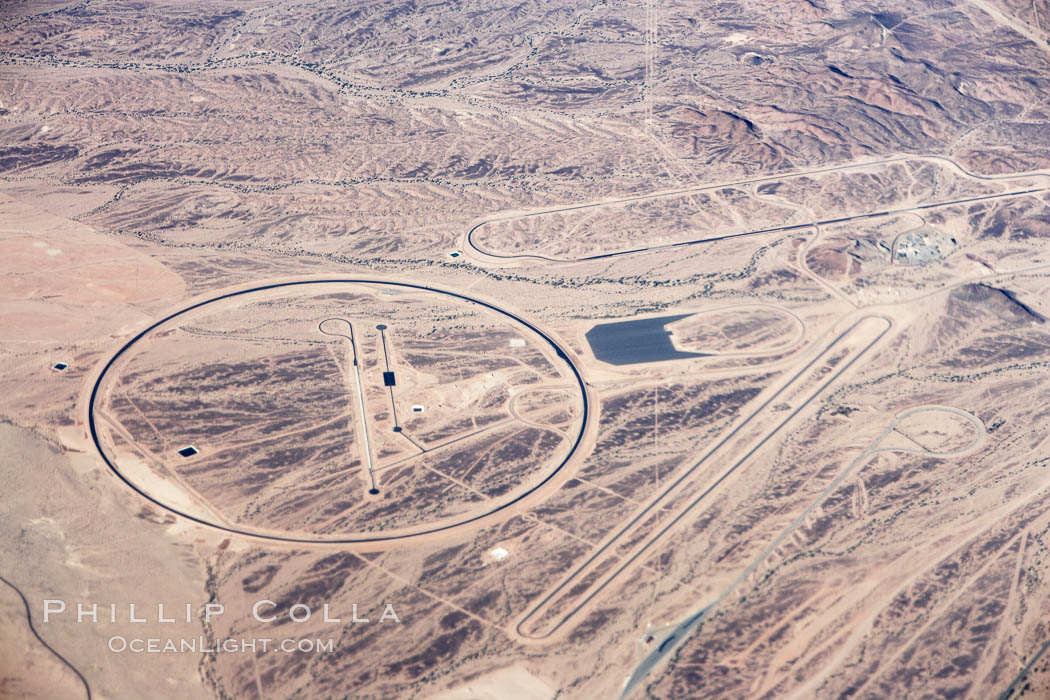 A top secret, high security alien spaceship depot in the desert east of the Colorado River. Long suspected but only confirmed to exist for the first time with this photograph, this is a derivative high tech interstellar flight complex arising from work originally conducted at the (nonexistant) Area 51. Strangely, certain curious aspects of this location, such as the circle and long oval tracks which support landings and liftoff of gravity drive Martian and Saturnian craft, are not shown on Google Earth, while other features in this photograph area such as the long ovoid skateboard track are indeed seen on Google Earth and can be matched to this image. The US Government will likely deny the mere existence of this bizarre Martian landing area.
Image ID: 22130
Location: Alien Spaceship Landing Field, California, USA

It appears to be some kind of alien spaceport. It could be where Elvis and Michael Jackson are. I think all the TARP money is really going to this place. Maybe its a gigantic doomsday neutron-meso-meta-particuloid accelerator capable of creating a miniature black hole to devour liberal California. What I find curious is that some features in this image can be matched against Google Earth’s imagery, while others cannot. Could Google’s images be subjected to government scrubbing before they are loaded onto the Google Earth servers? I smell a conspiracy. Check out the Google Earth view of this same location. You be the judge of whether something fishy is going on: 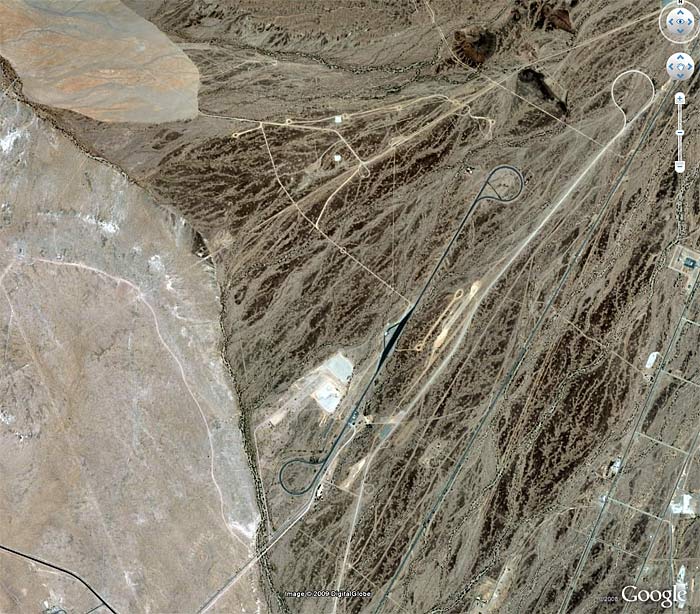 From Google Earth, this shows the location of an apparent alien spaceport, but the image appears to have been altered to hide the existence of the facility.

I am undertaking considerable personal risk in sharing this information. If my blog disappears, or I suddenly go silent and stop posting for a while, please start asking the difficult questions on my behalf.