I made a banzai run up to the Alabama Hills last weekend. The weather forecast looked favorable, and I had not been up along the Eastern Sierra for some years, so it just seemed like the thing to do. I got up early to photograph Mobius Arch at sunrise. Mobius Arch, a natural stone arch, is the most striking and notable arch in the Alabama Hills. It is also known as Movie Road Arch, Alabama Hills Arch, Moebius Arch, and, in a tribute to photographer Galen Rowell, Galen’s Arch. Mobius Arch is about 17 feet wide and 6 feet high, and nicely frames both Lone Pine Peak and Mount Whitney in the Sierra Nevada range. Situated in the Owens Valley alongside the Sierra Nevada, just below Mt. Whitney, the Alabama Hills Recreational Area (administered by the BLM) is a 30,000 acre area of fantastic granite and metamorphosed rock, in an endless variety of rounded shapes and sizes. 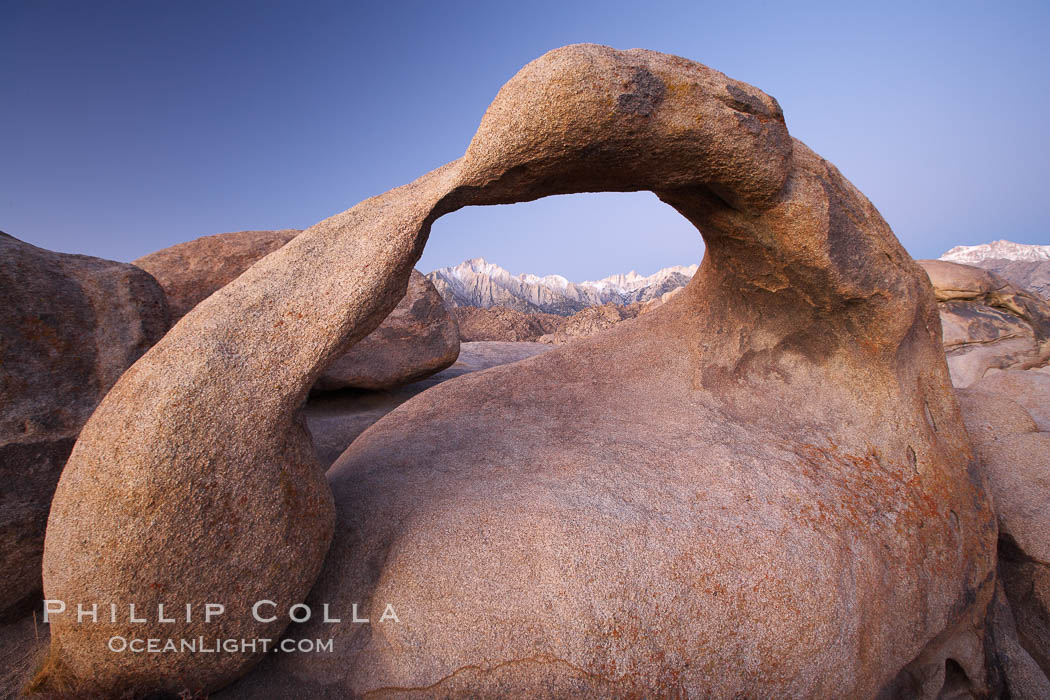 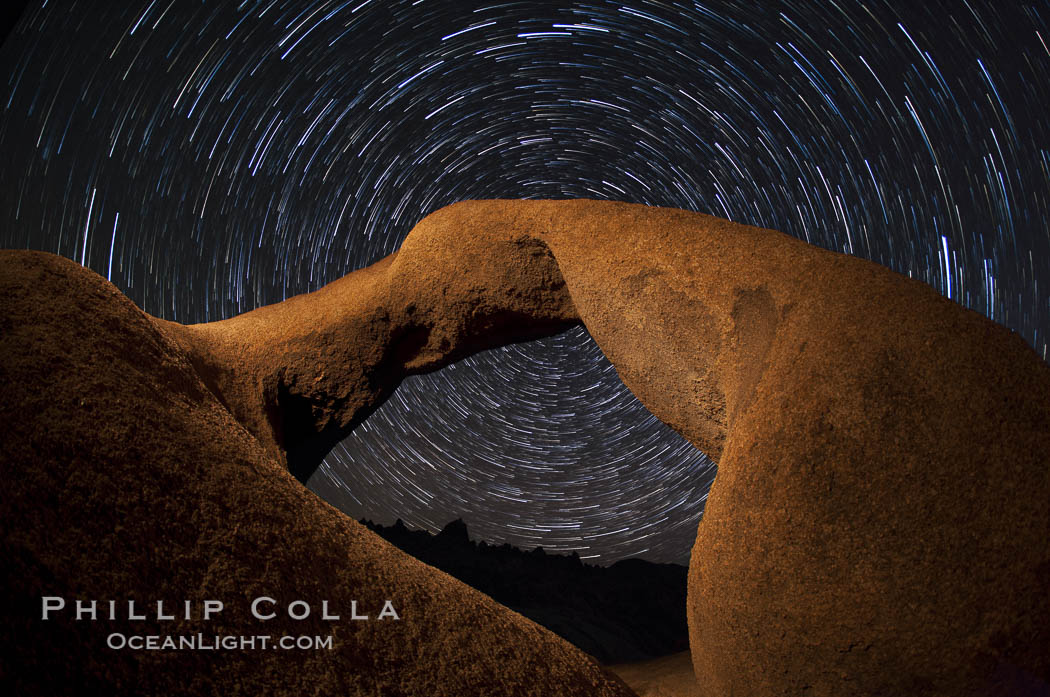 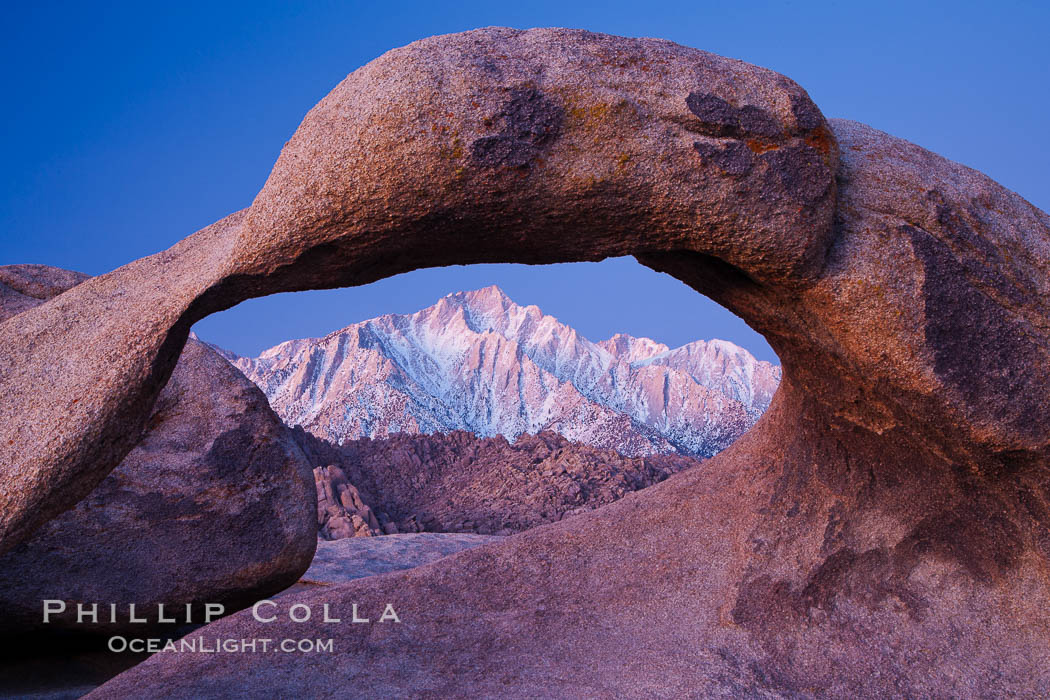