We came to Monterey packing some serious photo schwag to photograph the otters. Between Jon and I, we had two 50Ds and at least one each of 5D, 1DIIN, 1DsII, 300/2.8, 400/DO and 500/4 lenses, plus a nice medium format film rig. This sea otter (Enhydra lutris) was nevertheless quite unimpressed. 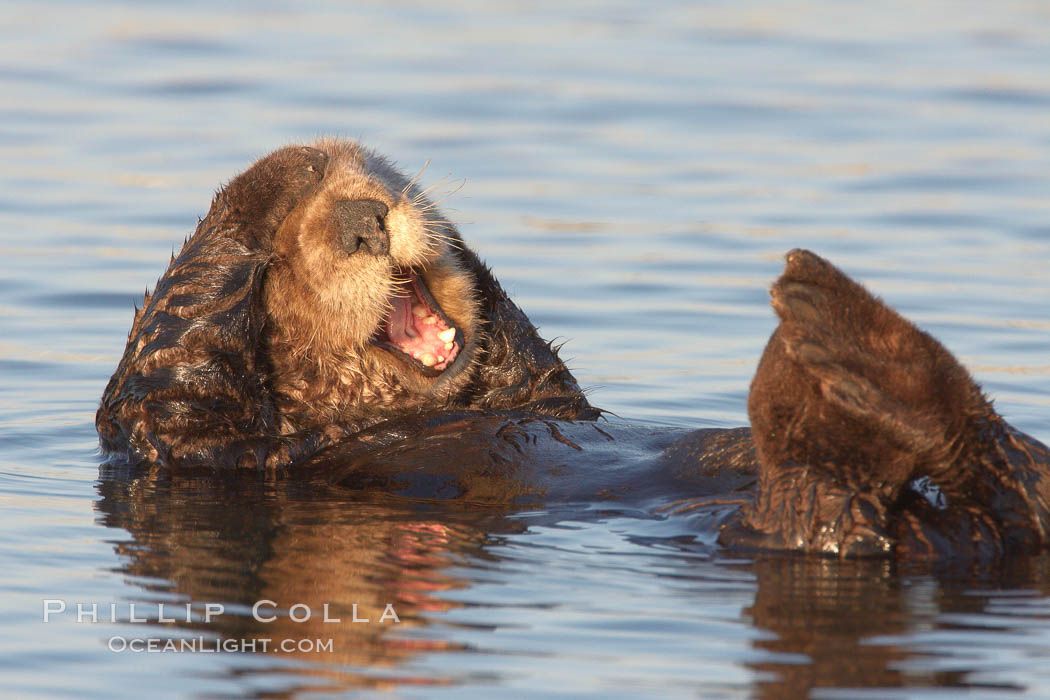 A sea otter, resting on its back, grooms the fur on its head. A sea otter depends on its fur to keep it warm and afloat, and must groom its fur frequently.
Image ID: 21605
Species: Sea otter, Enhydra lutris
Location: Elkhorn Slough National Estuarine Research Reserve, Moss Landing, California, USA