The Children’s Pool in La Jolla is one of San Diego’s coastal landmarks.  Also known as Casa Cove and set amidst the Gold Coast of San Diego, the Children’s Pool sea wall creates a snug little sand beach protected from the elements. It was gifted to the City of San Diego by Ellen Browning Scripps as a way to make a safe beach for the community — especially children — in 1931 and has been a focal point of the coast ever since.  I often shoot a coastal panoramic composition here when I am in the mood to take in the sunset in La Jolla. In fact, I have been shooting this panoramic photo of La Jolla’s Children’s Pool since before drones, originally doing it by helicopter, and was one of the first photographers to conceive and execute this image.  Here are a few variations. I have developed a specific method for creating these extremely high resolution panoramas, with a particular lens and method of tiling the images so that there are no artifacts in the moving waves.  The resulting images are highly detailed and print up to 6′ wide with ease.  Cheers, and thanks for looking! 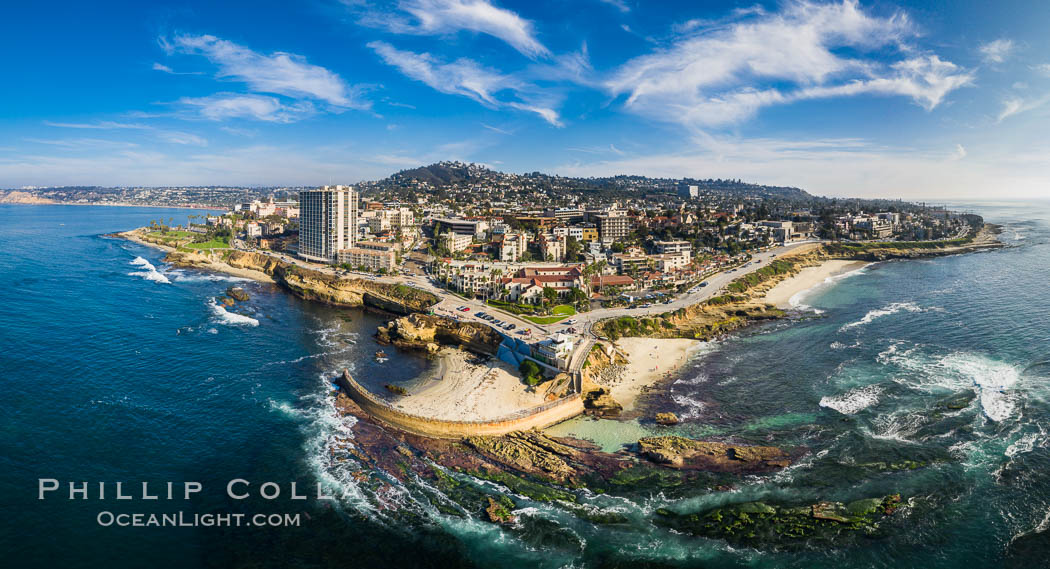 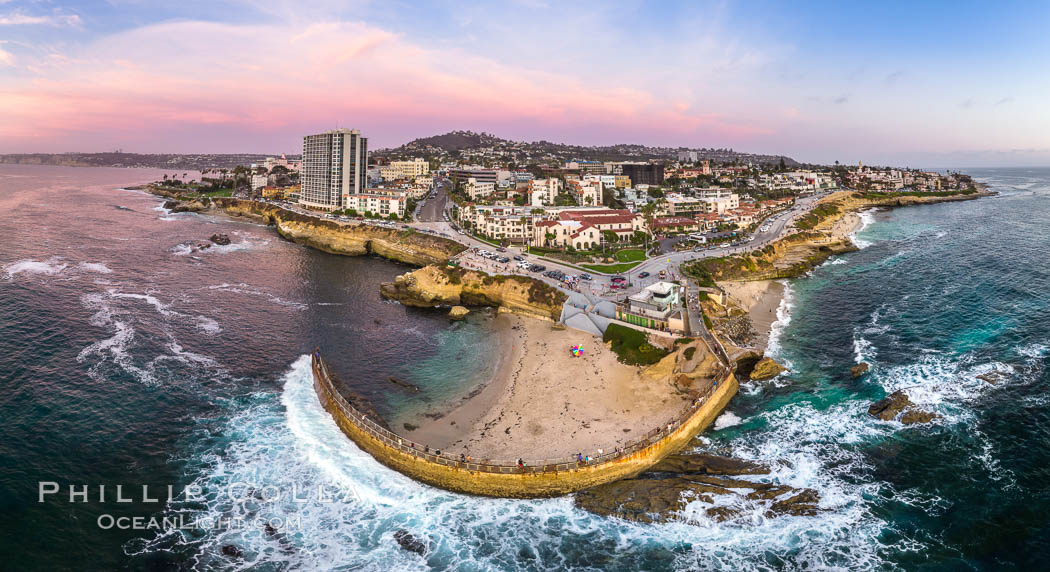