I recently made a special flight with my pilot friend Steve Parker in collaboration with Lighthawk. Lighthawk’s mission is “to accelerate conservation success through the powerful perspective of flight”. On this flight, we were trying to produce new aerial images of several Marine Protected Areas (MPAs) along the San Diego coastline for organizations involved with these MPAs to use in their outreach, conservation, research and legislative efforts. 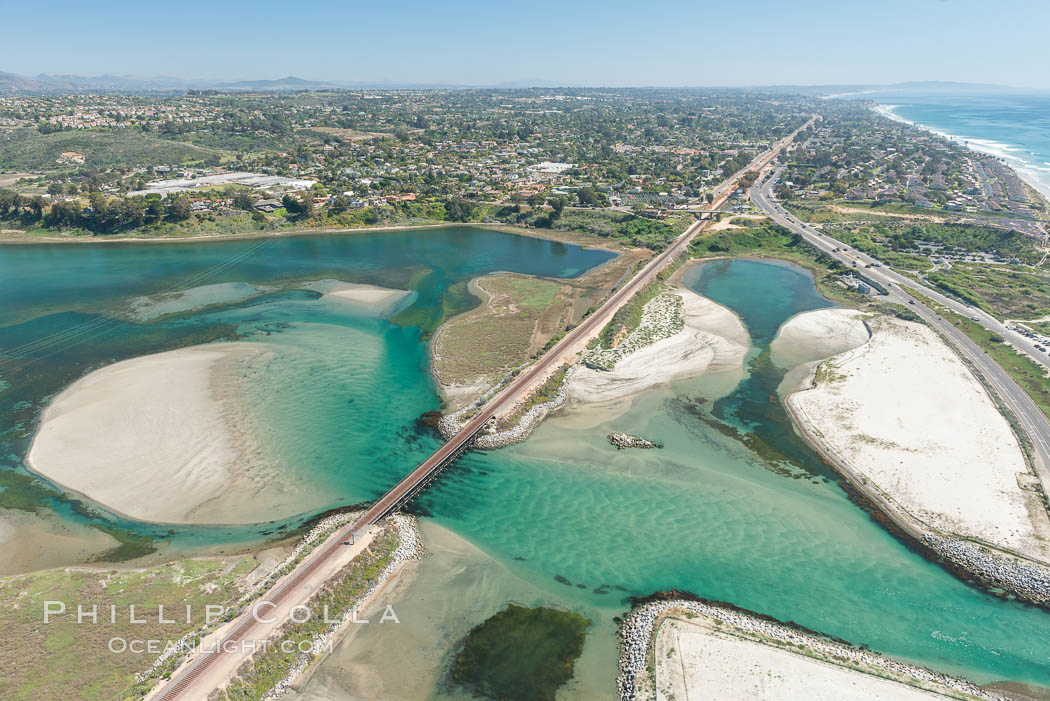 I’ve flown with Steve many times, including previously for Lighthawk to document the impacts of the large wind turbines constructed on the landscape around Ocotillo, California as well as a number of times to survey blue whales in the southern California bight and the Channel Islands. On our San Diego MPA mission, we would be passing over several lagoons and rivermouths, various kelp forests, two submarine canyons, several stretches of coastal bluff, one peninsula and lots of urban elements surrounding and interspersed with these MPAs. Our goal was to produce imagery presenting, for each of the MPAs, at least the following: 1) the general setting of each MPA, so that viewers can quickly understand what and where it is, and 2) something unique, special and/or appealing about each MPA, to help viewers connect with and appreciate the MPAs. Steve’s daughter Roxanne accompanied us as second pilot as well as locating the MPAs and facilitating communication between Steve and me. Steve handled the primary piloting, and communications with air-traffic controllers in the area.

The Marine Protected Areas that we hoped to fly over were, from North to South in the order we would see them:

Time in the air is always limited and, frankly, it comes at a steep price. I wanted to make sure we had some variety of perspectives, and at least one or two good images from each of different MPAs. It is a challenge, in more ways than one, to pull off a successful photo flight like this. We had several long conservations with Lee Pagni at Lighthawk about the objectives, then Steve and I had to work out several possible flight dates given tides, position of the sun in the sky, etc. Our first slot was scrubbed due to clouds. When we finally met at Palomar-McClellan airport in Carlsbad, we already had invested some hours and energy. On top of that are the expenses Steve incurs operating the plane, which are considerable. So, I did want to leave any possibility of missing a photo due to equipment failure or simply having the wrong lens in hand. I would be shooting out the side of Steve’s Cessna 206 plane, with views from about 7 to 10 o’clock (the nose of the plane being at 12 noon). We also mounted a GoPro camera on the wing, pointed somewhat forward and down, in the hopes of obtaining some additional very wide images with a view that I was not able to get. We set the GoPro to take a picture every 5 seconds for the duration of the flight. I photographed with three cameras to give me quick access to a variety of focal lengths: Nikon D800 with 14-24 lens, Nikon D800 with 24-70 lens, and Canon 5D Mark III with 70-200 lens. The 24-70 is by far the most useful lens for this sort of aerial landscape. The 14-24 is typically too wide and sometimes catches a wing tip or strut in the corner of the frame, but it can produce beautiful aerials in some circumstances. Unless the air is exceedingly clear, 70-200 is typically too much lens for my taste and produces a flat-looking, low-contrast image even with a polarizer. (The 70-200 is, however, excellent for photographing whales while shooting straight down.) I also had two GPS units recording our positions every few seconds, producing a “GPX file” which I would later use to “geo-tag” all of the photos. (Good thing I had two, my older GPS produced a faulty GPX file and is now retired.) 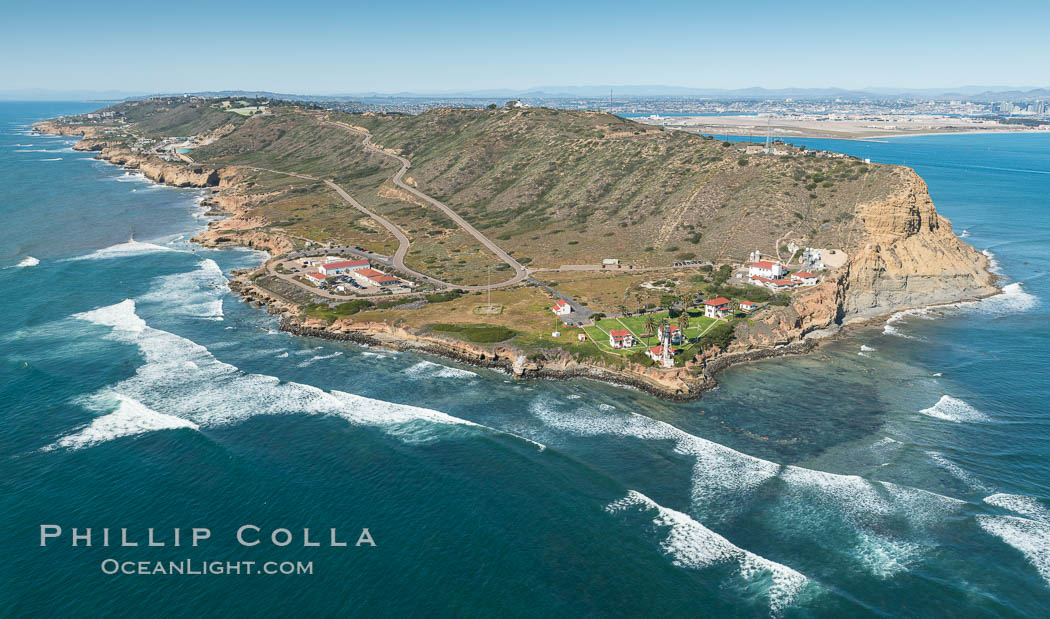 Editing left me with 150 images, including a few of the GoPro ones that illustrated reef structure in La Jolla that I did not manage to photograph well with my “real cameras”. In particular, the GoPro stills are hard to use due to the fisheye-like view they produce, but in some cases the fisheye distortion can be corrected and a useable image results. Taking all of the GoPro images, correcting them all for distortion and then cropping them to a 9:16 perspective, allowed me to produce a sort of jerky time-lapse which gives a sense of the views we where working with. If you don’t see a Youtube frame below, you might need to refresh the page. Be sure to select “HD” when it starts playing:

When editing aerial images, the first thing I always do is “geo-tag” them. This simply means adding the location (latitude, longitude and altitude) into the EXIF information that is present inside of a digital photograph. I do the geotagging in Adobe Lightroom, using the GPX file created by my handheld GPS. (Some cameras, including the iPhone, geotag photos as soon as they are taken.) The raw GPX file is simply a dot-to-dot set of locations that, when plotted in software like Google Earth, shows the path of the flight: 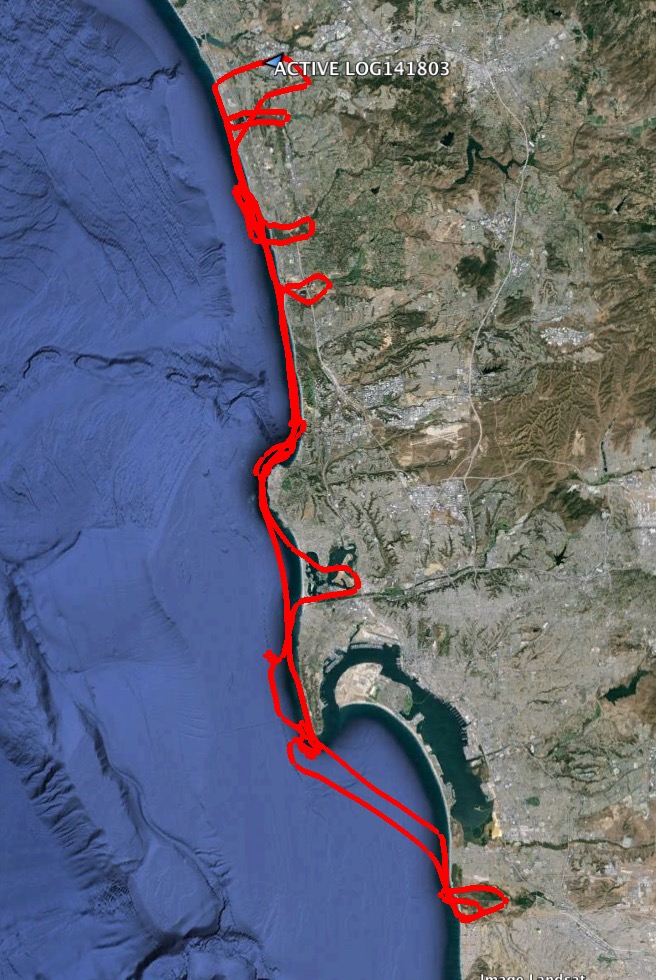 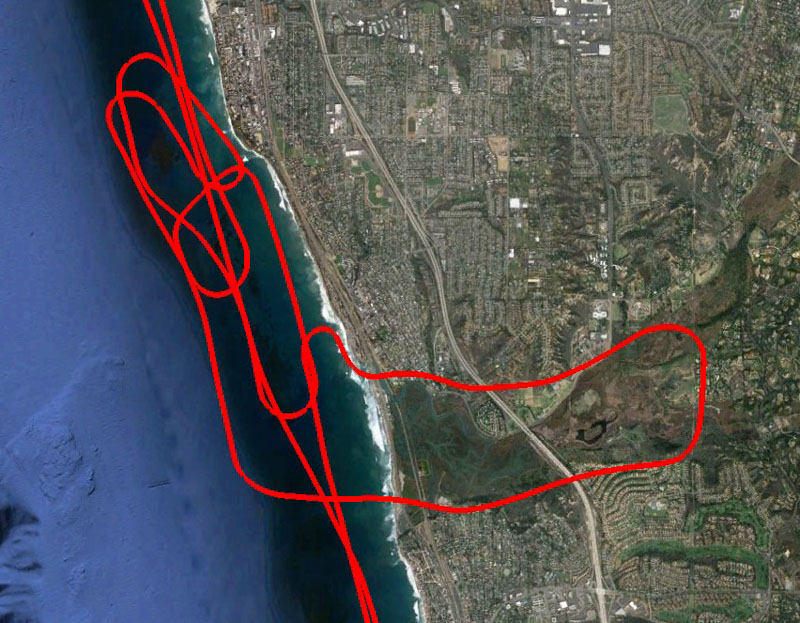 These tracklogs are nice, but without the images they simply say “we were here”. After geotagging the images and producing a “KMZ file” to display in Google Earth, one can see the images at the location where they were made. The geo-information associated with each image is now of some value: 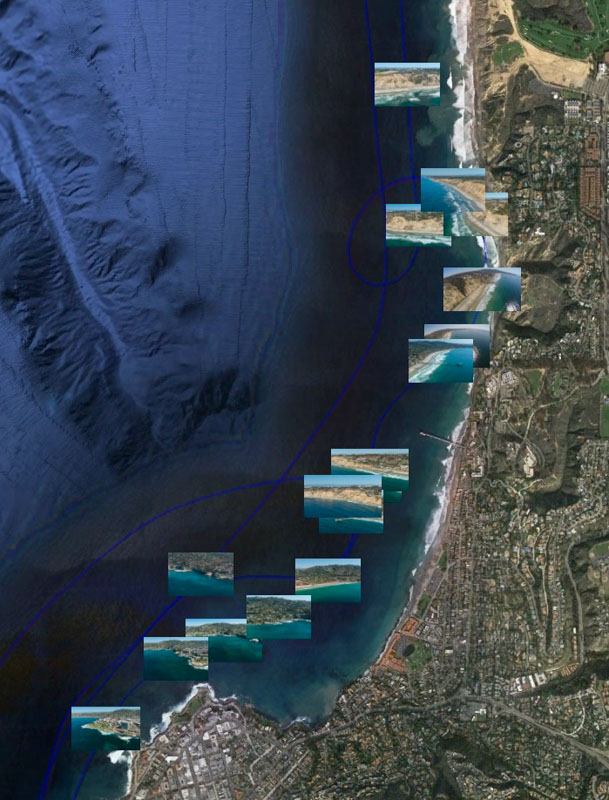 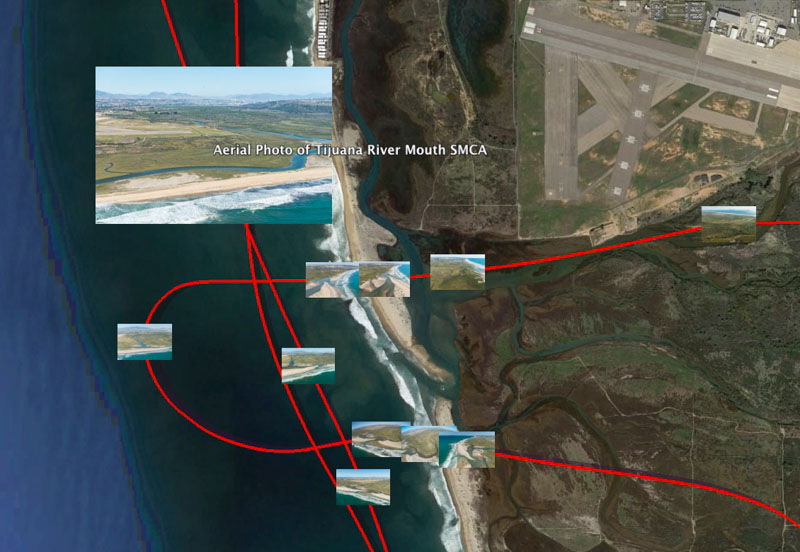 If you have Google Earth installed, you can work with the full KMZ file by clicking the next image. (It may simply download the KMZ file instead of displaying it in Google Earth.) It contains embedded within it small versions of all the edited images, appearing at their proper locations. If this does not work, you can download the raw KMZ file to your computer and try loading it into Google Earth directly. 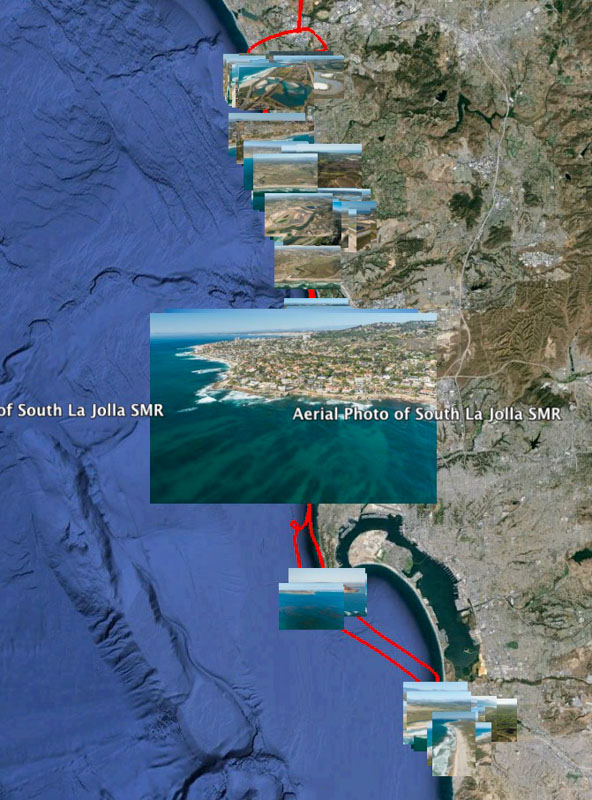 The full collection of images being made available to bon fide conservation organizations can be seen here. Please contact me directly if you have questions, or if you would like to make use of them.

I would like to thank Lighthawk, Christine Steele and Lee Pagni of Lighthawk, and my pilot friends Steve and Roxanne Parker for helping to make these photographs possible. I will be posting detailed information about selected images from this flight over the coming weeks. If you reference these images, they should be credited “Phillip Colla / Oceanlight.com / Lighthawk.org”. 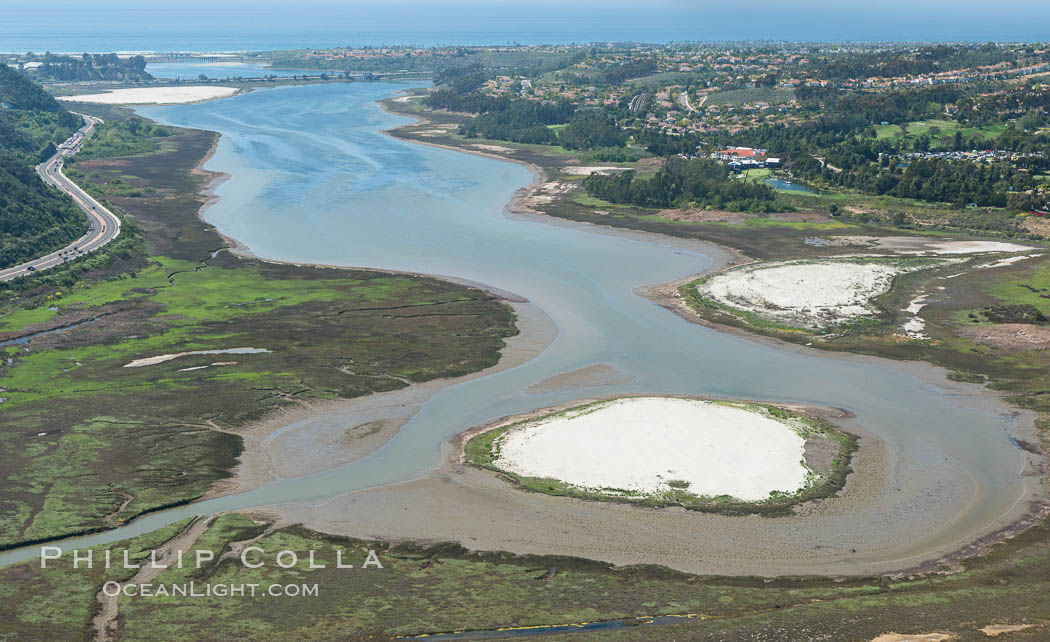 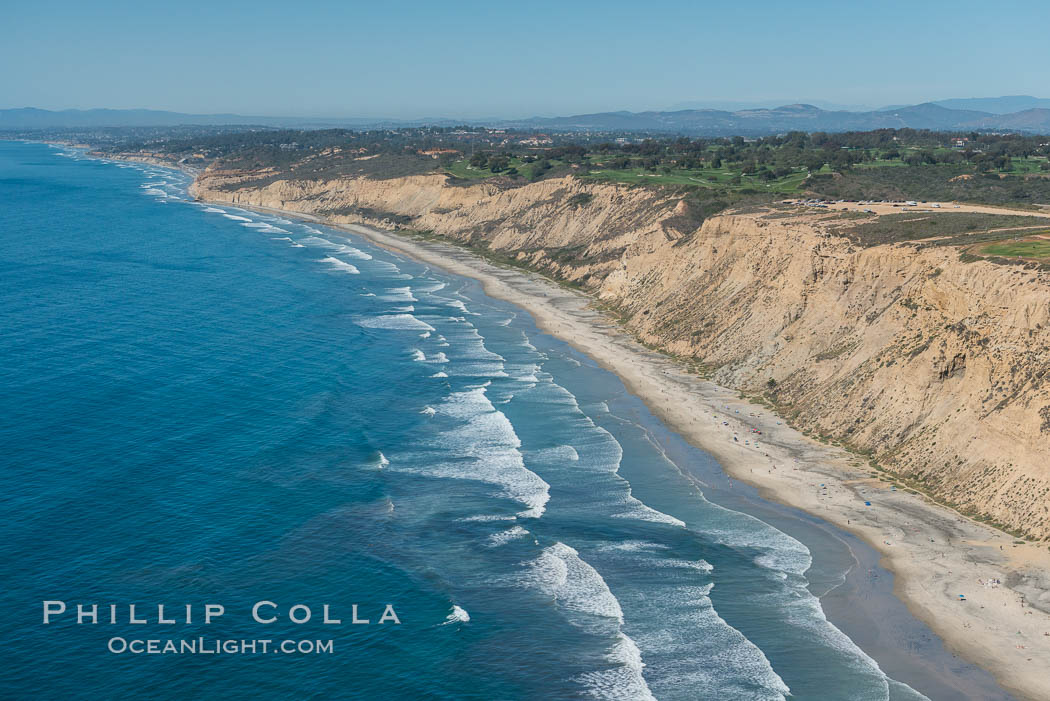 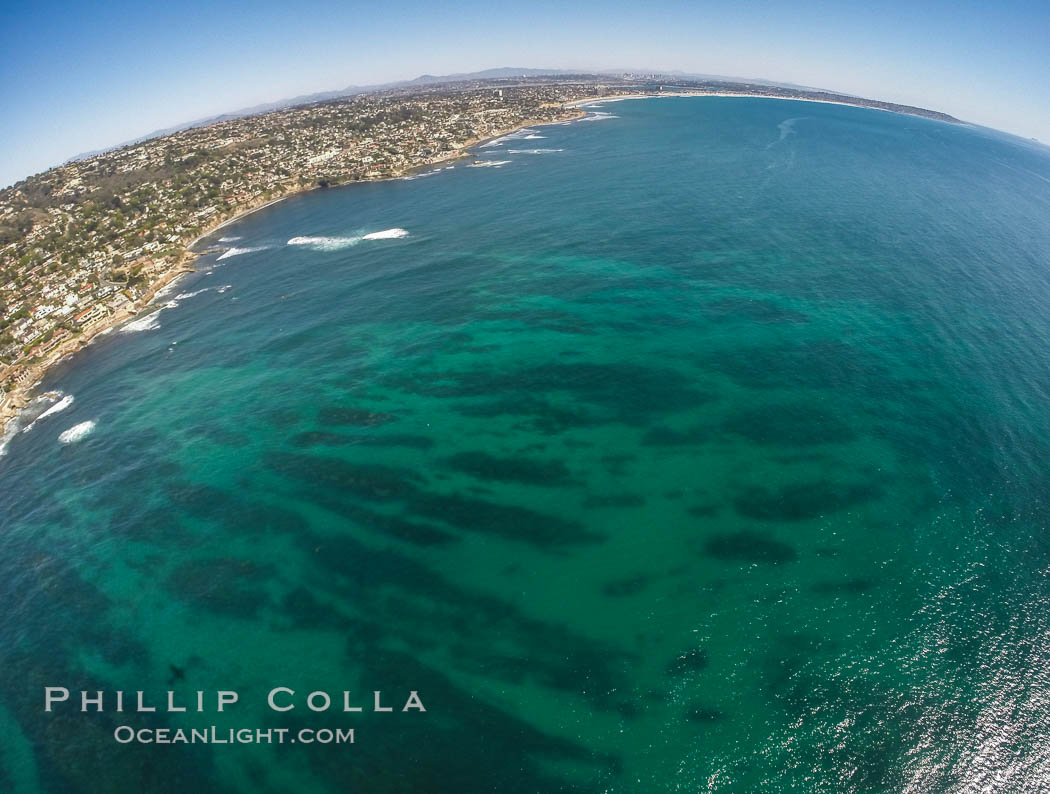