While out hiking around the Exit Glacier area I was so impressed by the weather that I decided to go to the airport and look for a pilot to take me flying. I love flying in the little planes, wheeled and float alike, in Alaska. For some reason I feel safer and more at ease on those small planes. Perhaps it is because I can actually meet the pilot and get a small sense about whether he cares to go on living as much as I do. (On the big planes I might get a robotic “bah-bye” from him after the flight is over.) I met Jim Craig of Scenic Mountain Air who agreed to take me up later in the day, although he felt that the clouds would fill in making flying over the fjords unspectacular. We abandoned the usual flightseeing tour route and just flew around looking for clear air. I figured that since everything below us was amazing, just finding some clear air and sun would allow for good picture taking. Jim is a pilot, flight instructor and writer who really knows the area and flight conditions well, and I enjoyed talking to him as we flew. 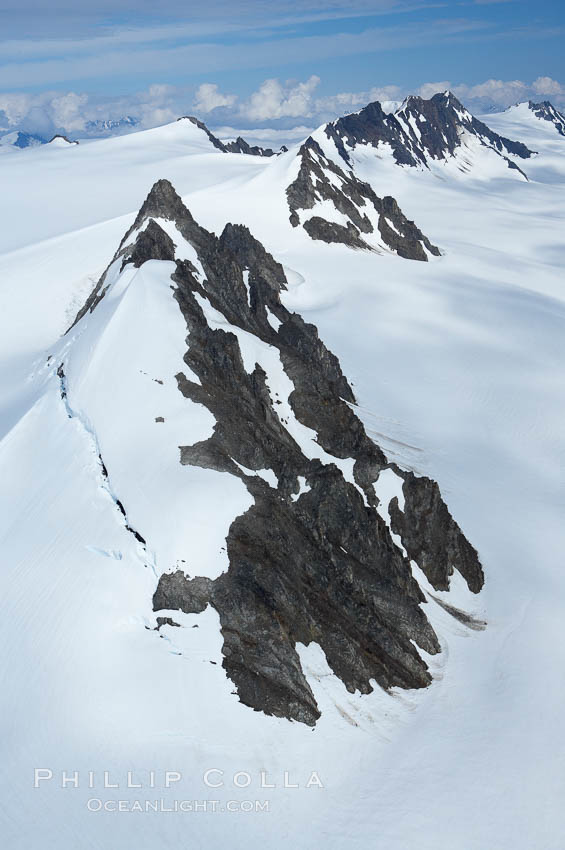 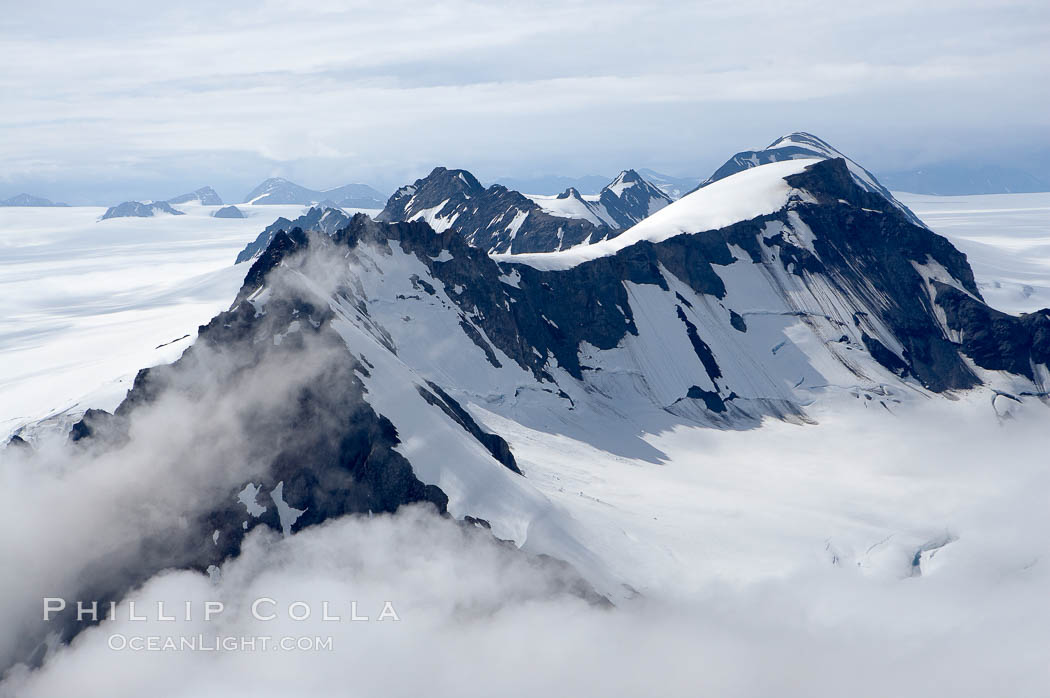 The Kenai Mountains rise above thick ice sheets and the Harding Icefield which is one of the largest icefields in Alaska and gives rise to over 30 glaciers.
Image ID: 19022
Location: Kenai Fjords National Park, Alaska, USA

We flew over parts of Kenai Fjords National Park and the Kenai Mountains, including in particular the enormous Harding Icefield, a broad expanse of thick ice through which jagged peaks appear. The Harding Icefield spawns over thirty glaciers, so there was glacier somewhere in sight below us at almost all times. We then left the national park boundaries and flew over the Resurrection Mountains, seeing different glaciers, lush green valleys and dramatic mountains. My hour in the air was up too quickly. 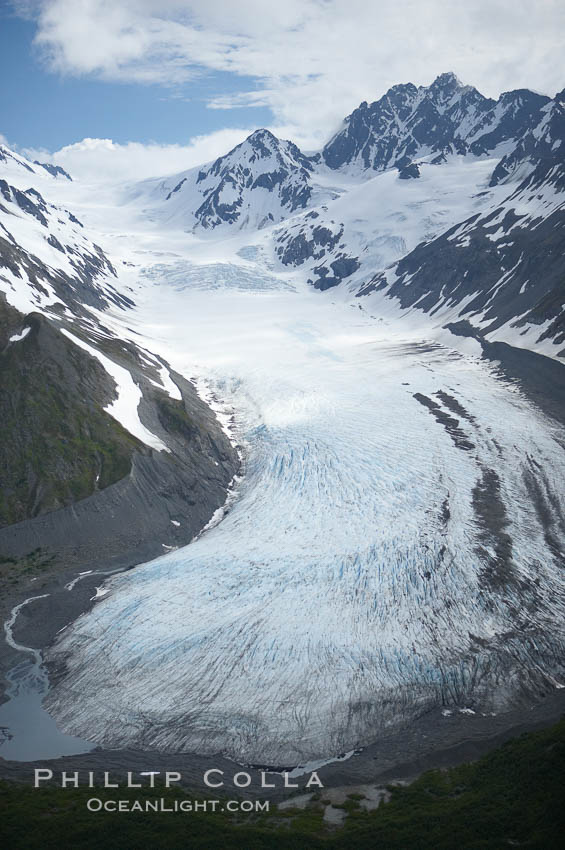 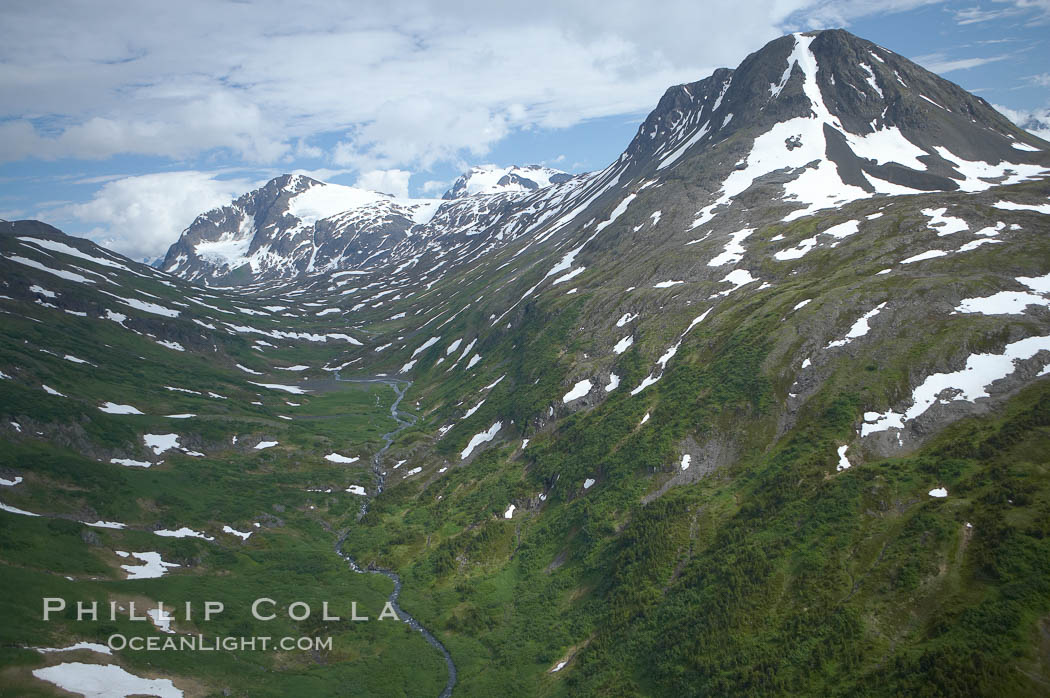