By adminDecember 21, 2005California, Surf
No Comments

Big Wednesday : December 21 2005. All of Southern California and Baja gets bombed with good surf, some of the best we’ve seen in 20+ years. Most excellent. I got away for a few hours and saw some guys tackle what is probably an 18 foot La Jolla Cove left. In the photo below, Kyle Blase is on the left, I spoke with him by phone later, he caught five that day and was pretty stoked about it all. 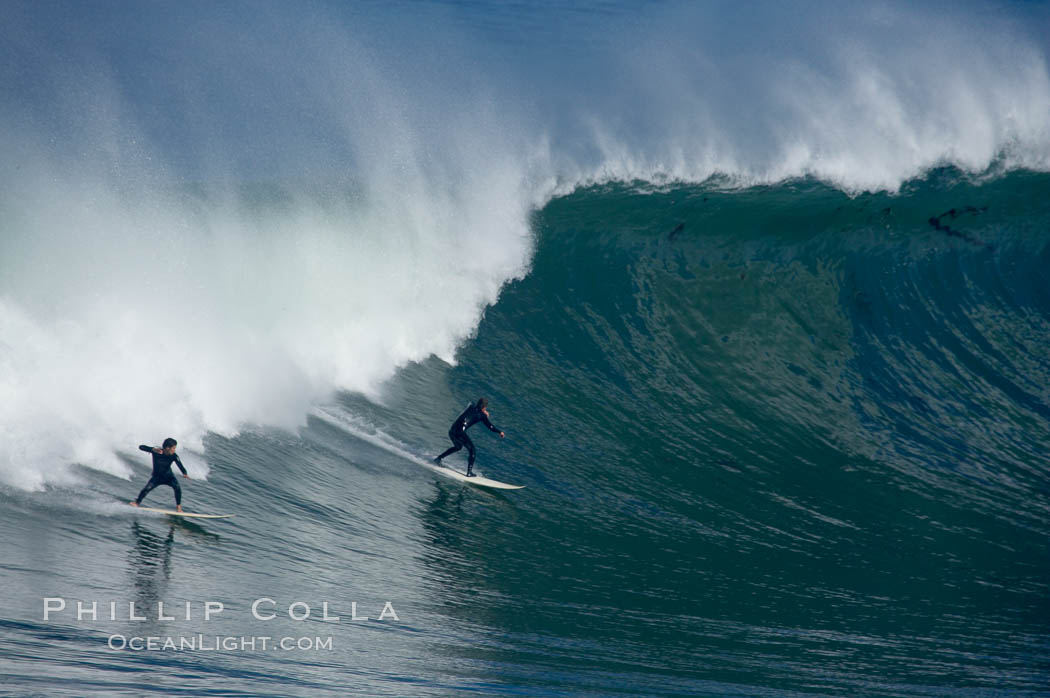 Pipes below Swami’s, noon. It was enormously crowded in the water and on the cliffs, like I have never seen before. I liked the look of the walls to the south of the point, pretty awesome but would be tough to surf without getting throttled: 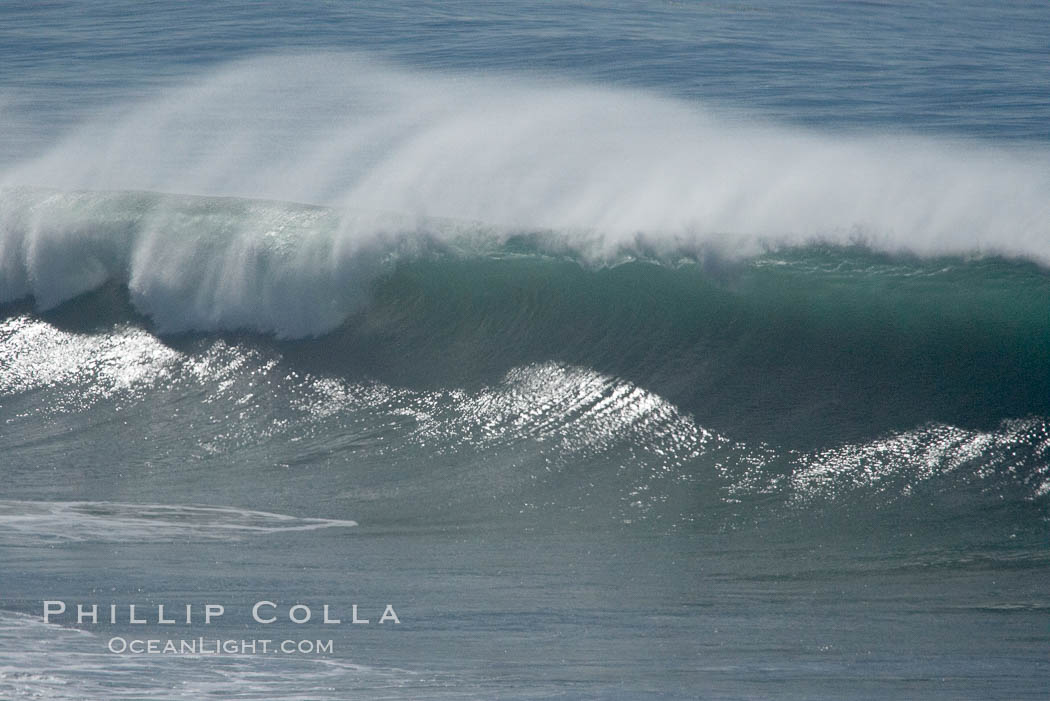 Oceanside Pier, sunset, spongers getting foamy brown room tubes to the delight of the hundreds lined up just above them, cheering in unison as each guy would get barreled. 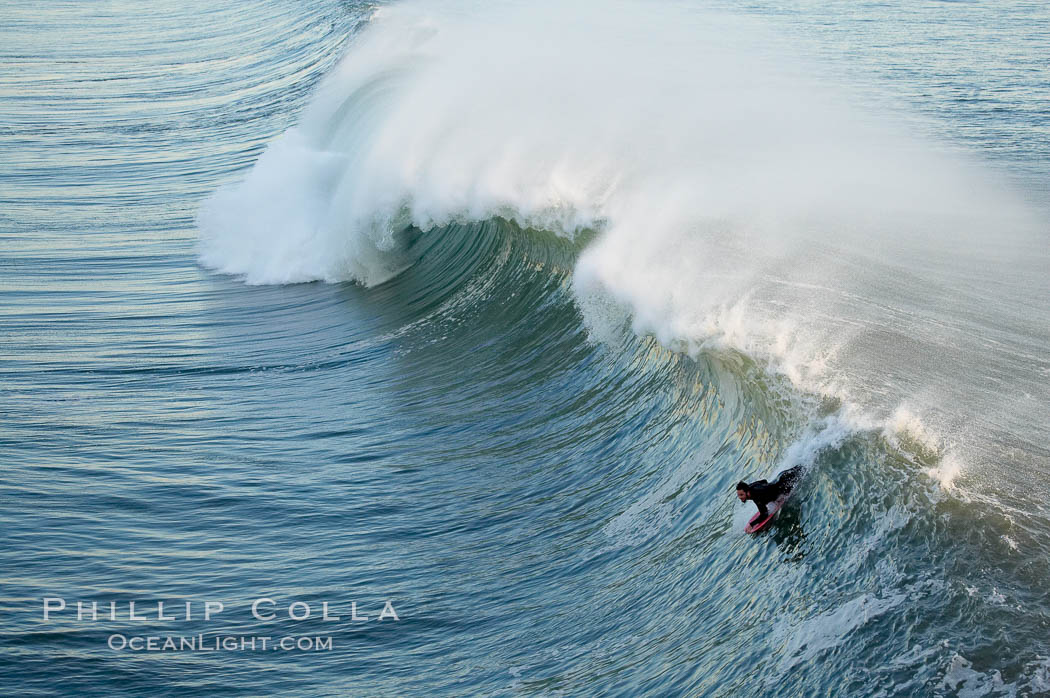