In addition to exceptional underwater scenery and wildlife, Guadalupe Island is host to spectacular weather, much of it the result of the island’s singular, impressive geometry. Standing alone in the Pacific Ocean and reaching a height of 4257′, Isla Guadalupe disrupts whatever weather is flowing past the island.  There might be solid cloud cover for hundreds of miles in every direction, but the lee of Guadalupe Island typically has clear skies as a result of the cloud wake the island forms.  We made our diving trips to Guadalupe from June to September, roughly coinciding with the time of year when Guadalupe Island most often creates cloud wakes (image below) and, most impressively, Von Karman vortices.  As the prevailing winds are usually from the north, the vortices form to the south of the island and can extend for many miles.  While we would see some amazing cloud formations around the island, we could not see the cloud wakes or Von Karman vortices — they are simply too large to be seen except from a great altitude.  For scale in the photos below, the island itself is 22 miles long, so you can see the vortex pattern can be hundreds of miles long in some cases.

Prior to my first trip to Guadalupe, I was given a copy of the below image, photographed in August of 1991 by the crew of Space Shuttle mission 43. It shows Guadalupe generating a huge cloud wake, with the tall northern end of the island piercing a thick cloud layer and providing a wide clear lee on both sides of the island as well as far south of the island.  This blew my mind. Over the trips I spent diving at Guadalupe I would constantly admire the island’s weather, whether we were at anchor or traveling up- or down-island, recalling the striking image of the island plowing through clouds like a giant ship and the incredible weather phenomena around us at scales almost too large to sense. 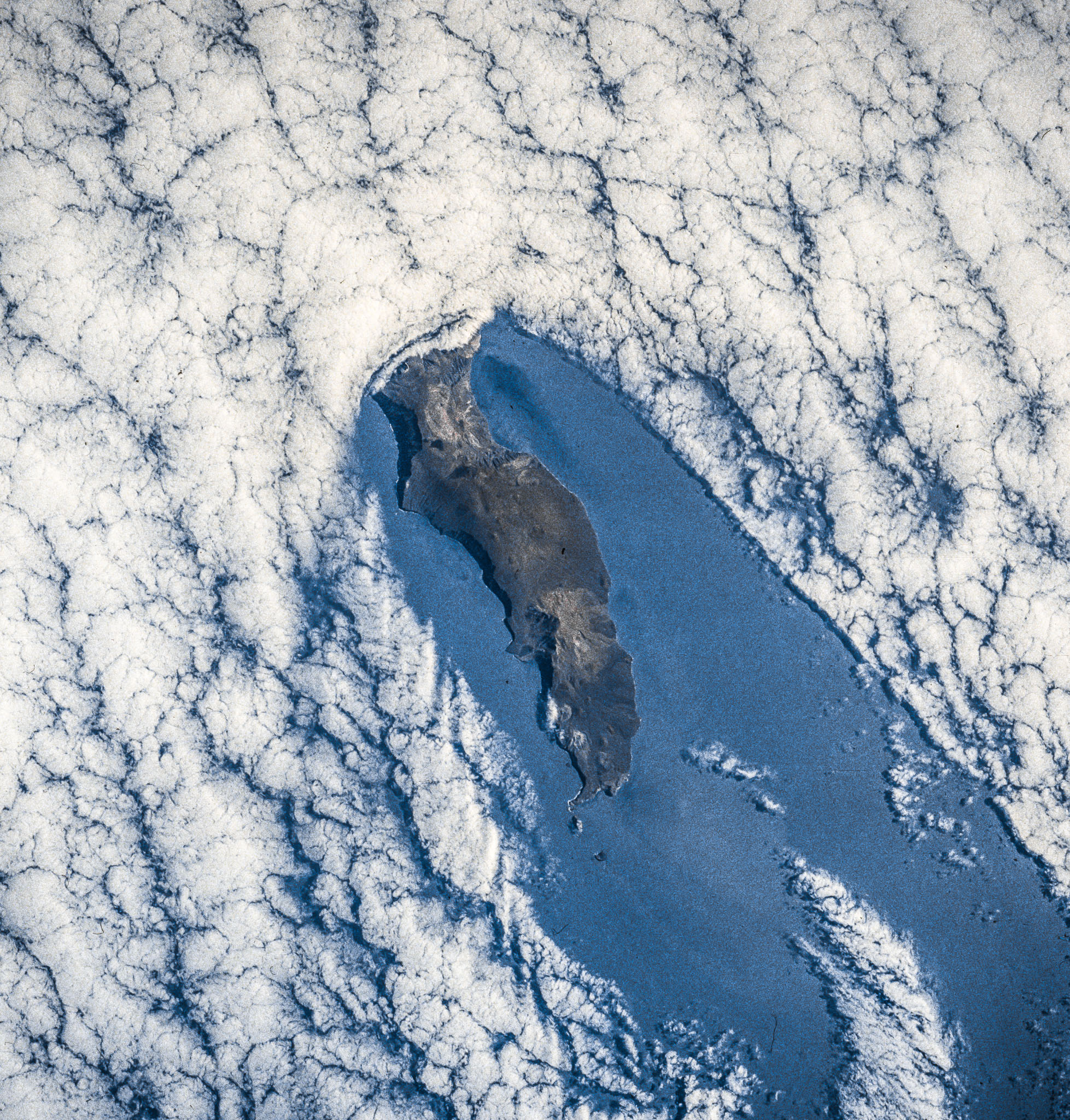 Photographers, travelers and divers of a certain age realize if they are ever going to produce a book, they had better get started on it.  In this vein, Skip and I have been recounting old stories, consolidating and scanning old images and generally gathering recollections about our fantastic experiences at Guadalupe Island.  I decided to locate the most interesting cloud wake and Von Karman vortex images associated with Guadalupe Island that I could, and perused the image libraries of NASA and ESA.  All of the images here originated from the sources noted. Many were medium format (Hasselblad) film scans from Space Shuttle and International Space Station missions in the 1980’s and 1990’s.  In the early 2000’s, the astronauts taking these images shifted to using digital cameras. Of the 126 high resolution raw images I acquired, I chose 25 that I feel best illustrate the amazing large scale weather phenomena that Guadalupe Island presents. I spent considerable time processing them for display, since the original film scans were in many cases quite poor.  I hope you find them interesting.  Click on any one to see it full screen.  Many thanks to the governmental space agencies and astronauts whose life’s work produced these images, that they may be enjoyed and studied by an Earth-bound citizenry eager to see as much of our planet as possible. 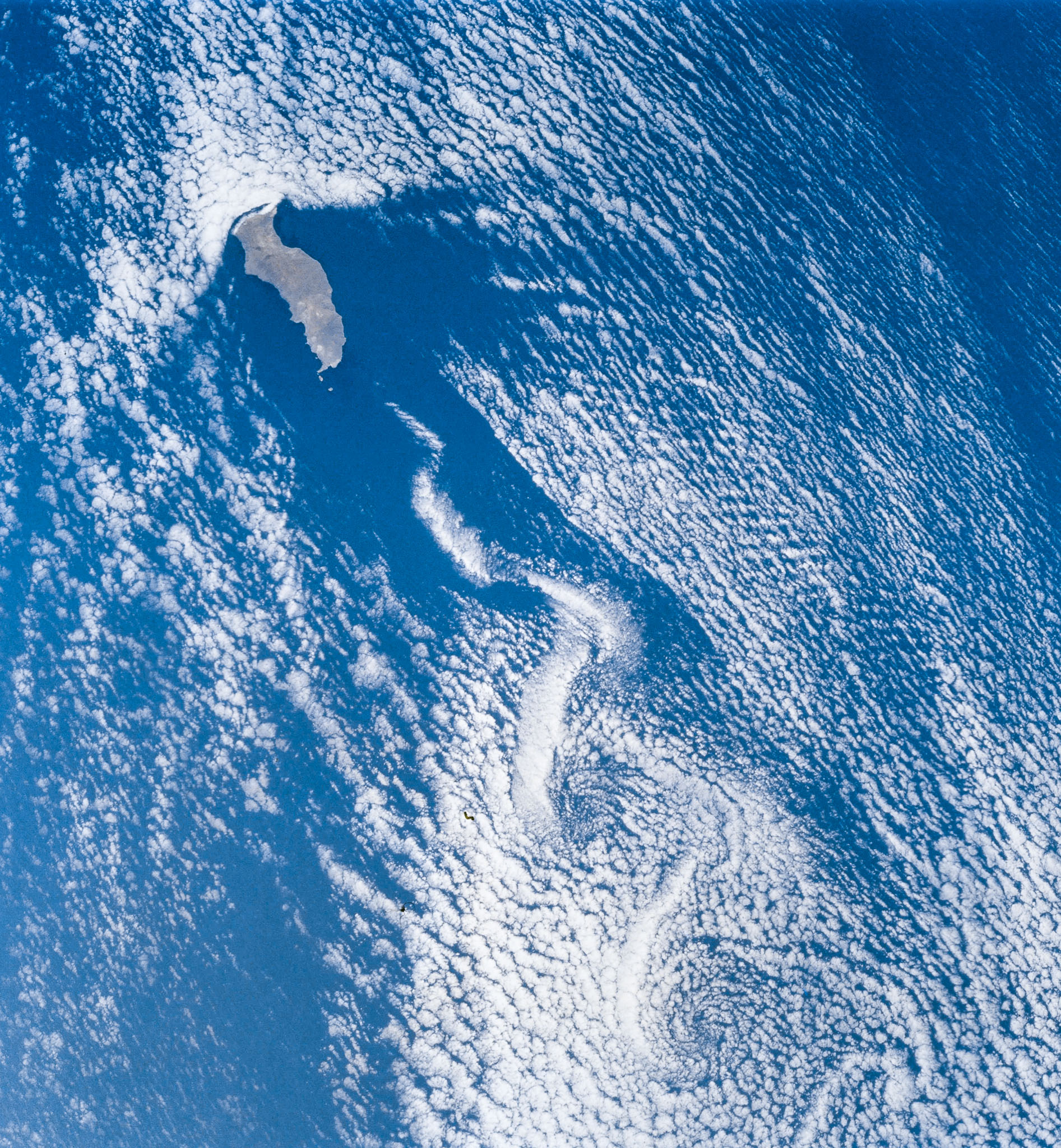 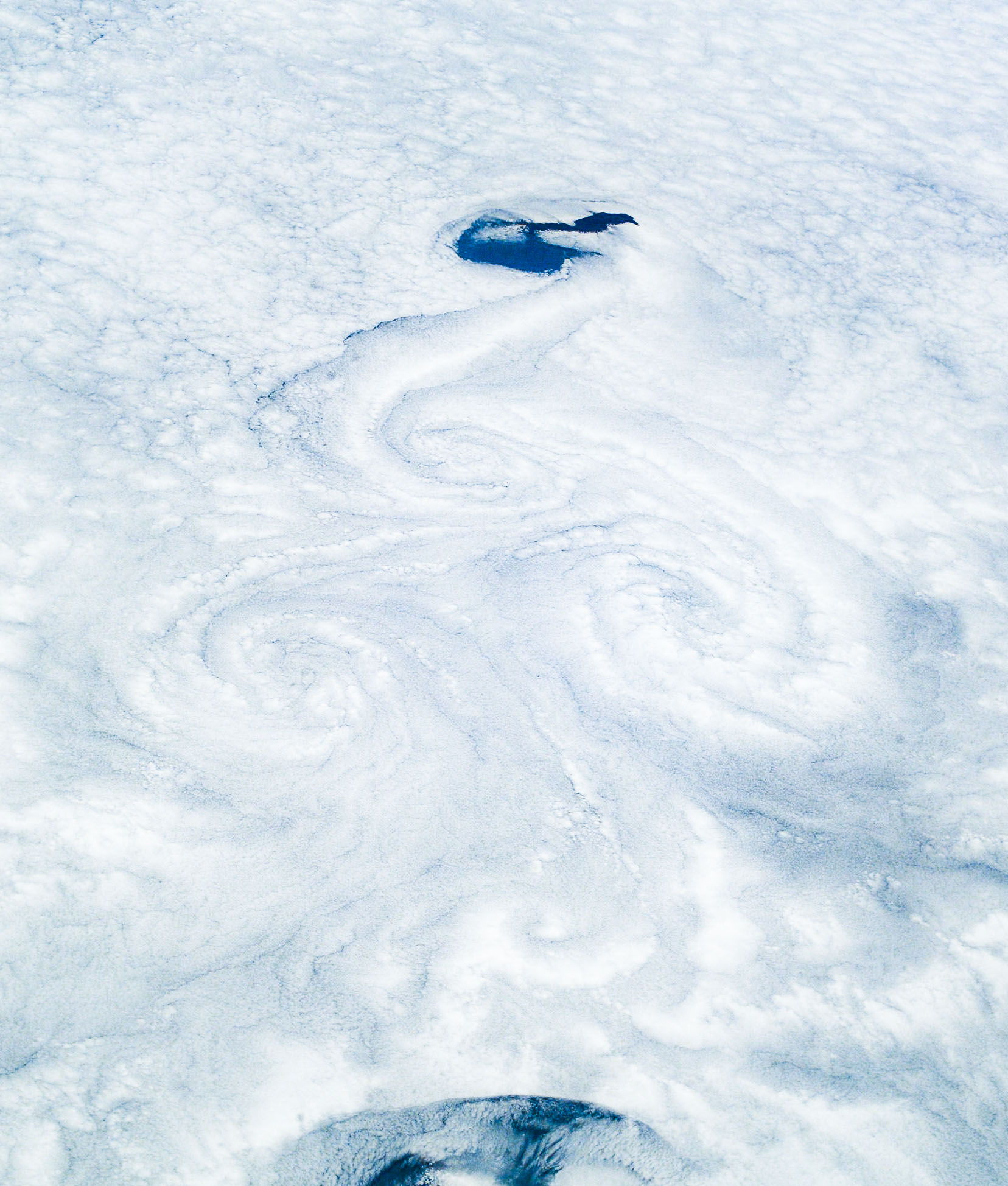 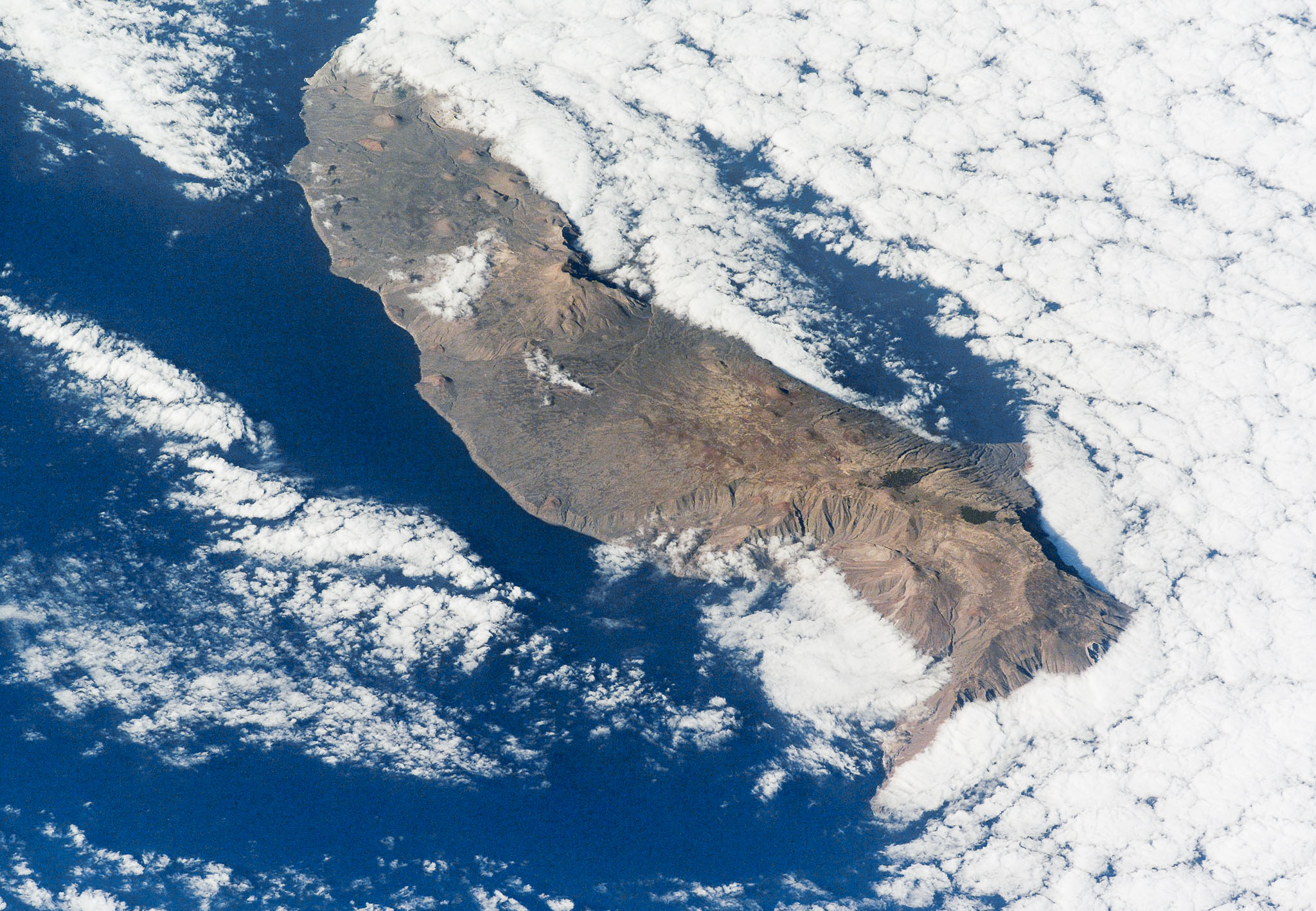 Guadalupe Island, Mexico forming a cloud wake, with a clear eastern coastline. Clouds are held back on the western and northern sides of the tall island. Volcanic cinder cones and rugged terrain are clearly visible. Raw image by International Space Station 2006.07.19 ISS013-E-54062 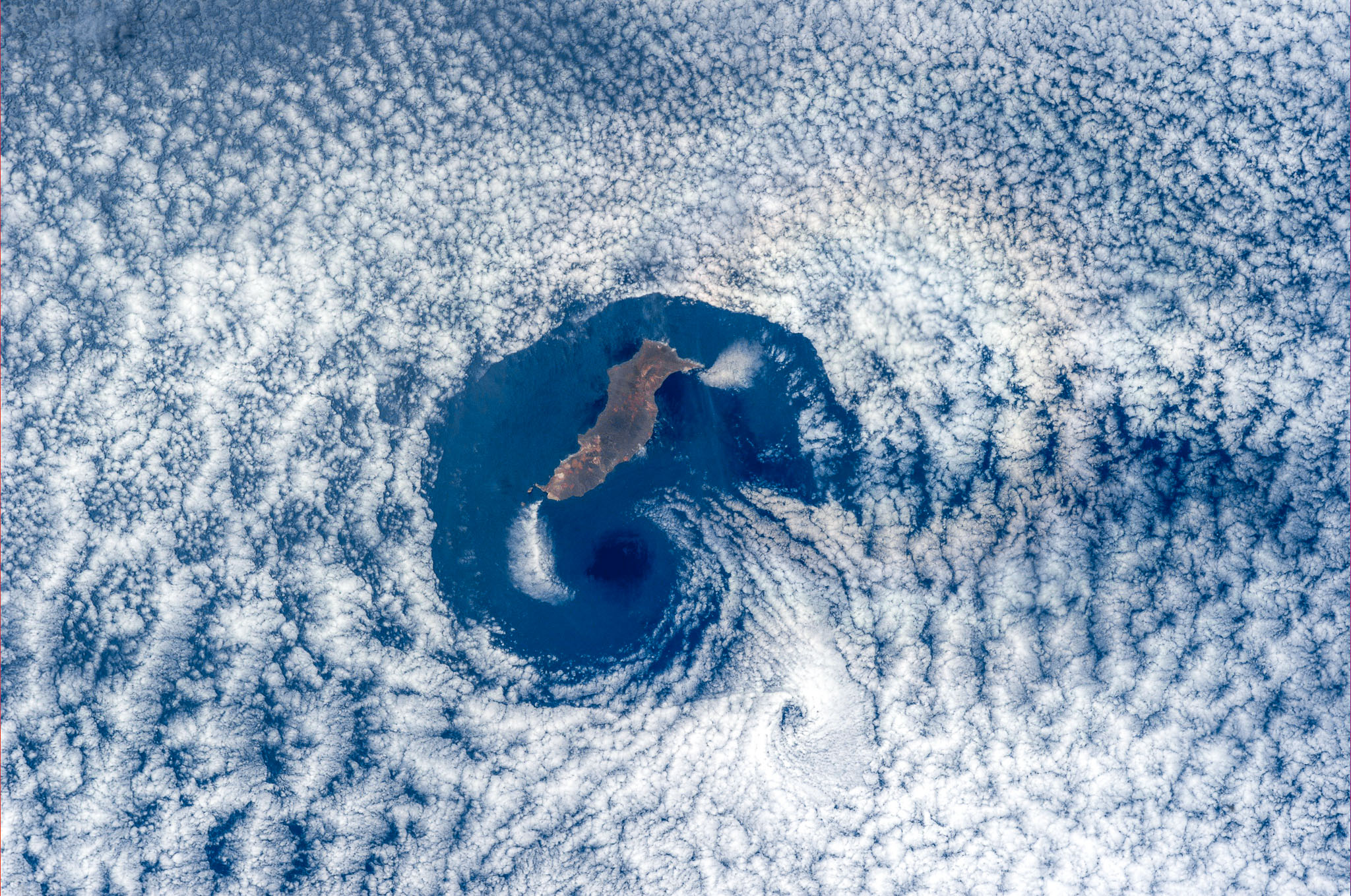 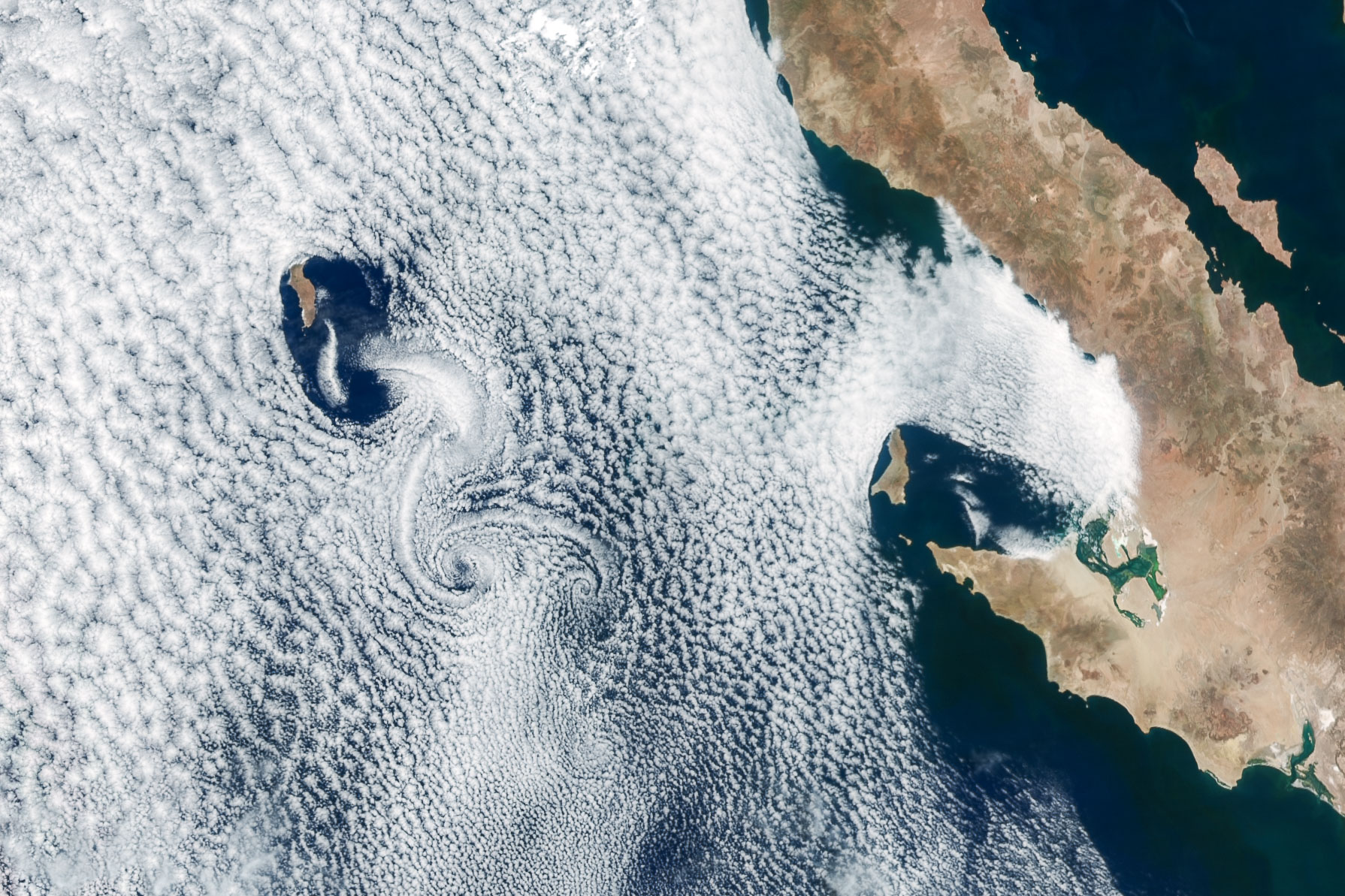 In 1912, physicist Theodore von Kármán first described a process that makes long, spiraling cloud patterns in the sky. These so-called “von Kármán vortices” arise when winds are diverted around a blunt, high-profile area, often an island rising from the ocean. The alternating direction of rotation in the air forms swirls in the clouds. Satellites regularly spot these wind and cloud patterns around the world. On May 24, 2017, the Visible Infrared Imaging Radiometer Suite (VIIRS) on the Suomi NPP satellite captured a natural-color image of such swirls on the lee side of Guadalupe Island. The volcanic island rises from the Pacific Ocean off the coast of Baja California, Mexico. NASA Earth Observatory images by Joshua Stevens and Jesse Allen,using VIIRS data from the Suomi National Polar-orbiting Partnership. 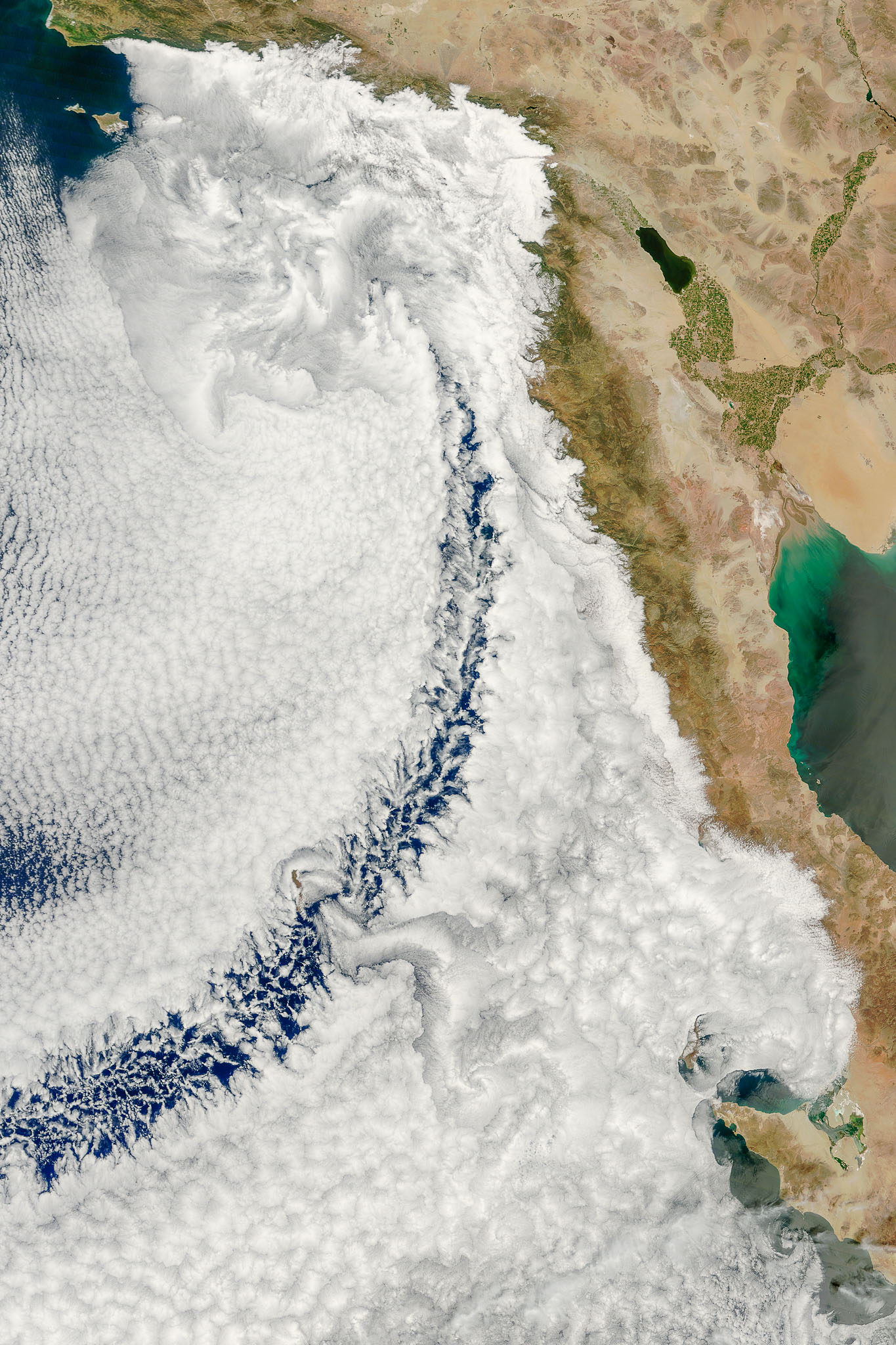 On April 14, 2013, the Moderate Resolution Imaging Spectroradiometer (MODIS) on NASA’s Terra satellite observed a striking cloud formation off the California coast. A cloudbank hugged the coastlines of California and Baja California, spanning hundreds of kilometers north to south and east to west. Within the cloudbank was an arc of mostly clear sky. Curving toward the southwest, the arc extended more than 1,000 kilometers (600 miles) over the Pacific Ocean. Bob Cahalan of NASA’s Goddard Space Flight Center explains that the cloudbank consisted of stratocumulus clouds, and the arc was probably a wake caused by an obstacle to air flow, perhaps San Clemente Island. Islands that are tall enough can easily interrupt air flow over the ocean, and when clouds are present, they make such disruptions visible in photo-like imagery. NASA image courtesy Jeff Schmaltz, LANCE MODIS Rapid Response Team at NASA GSFC. Caption by Michon Scott with information from Bob Cahalan, Goddard Space Flight Center. 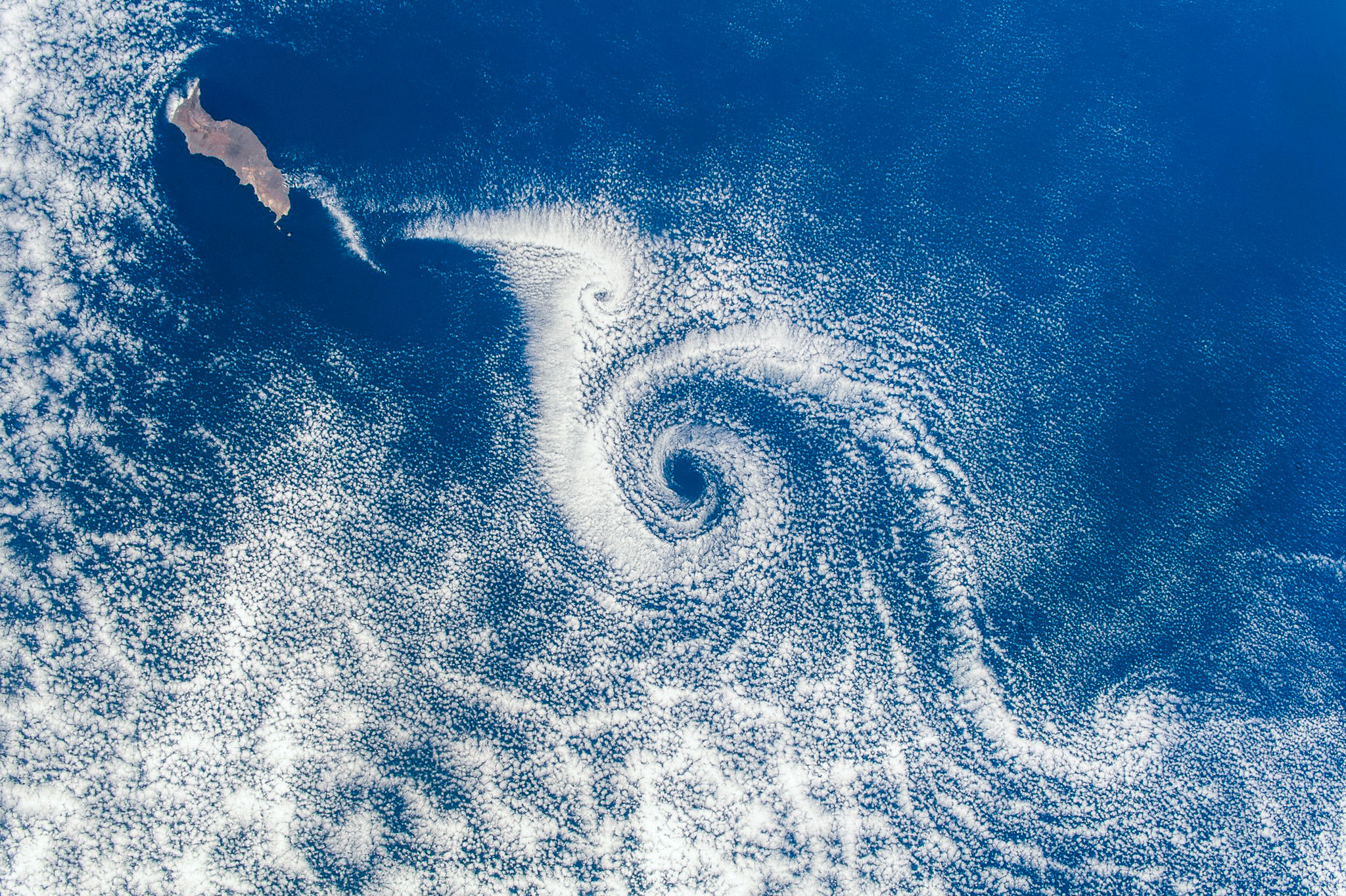 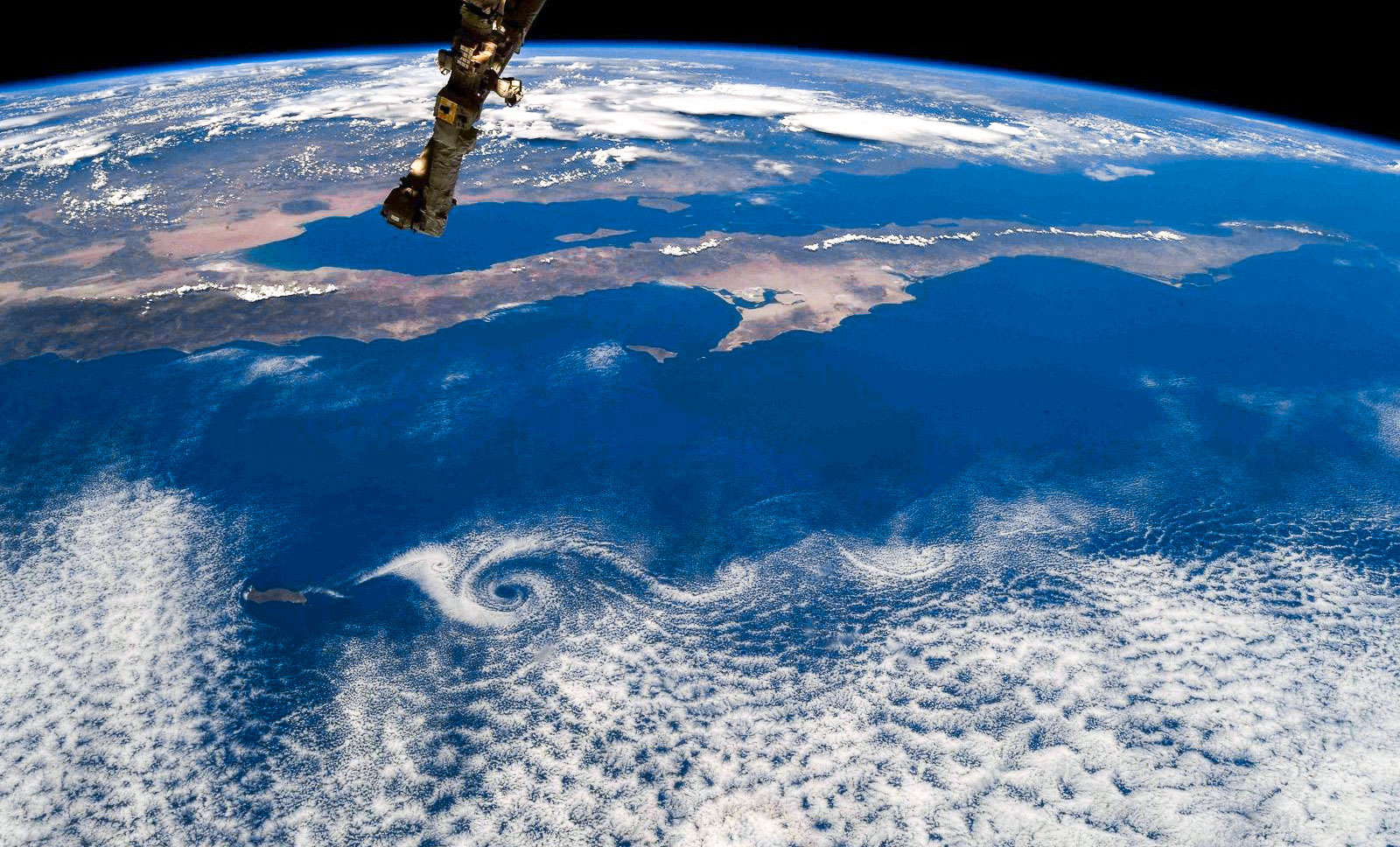 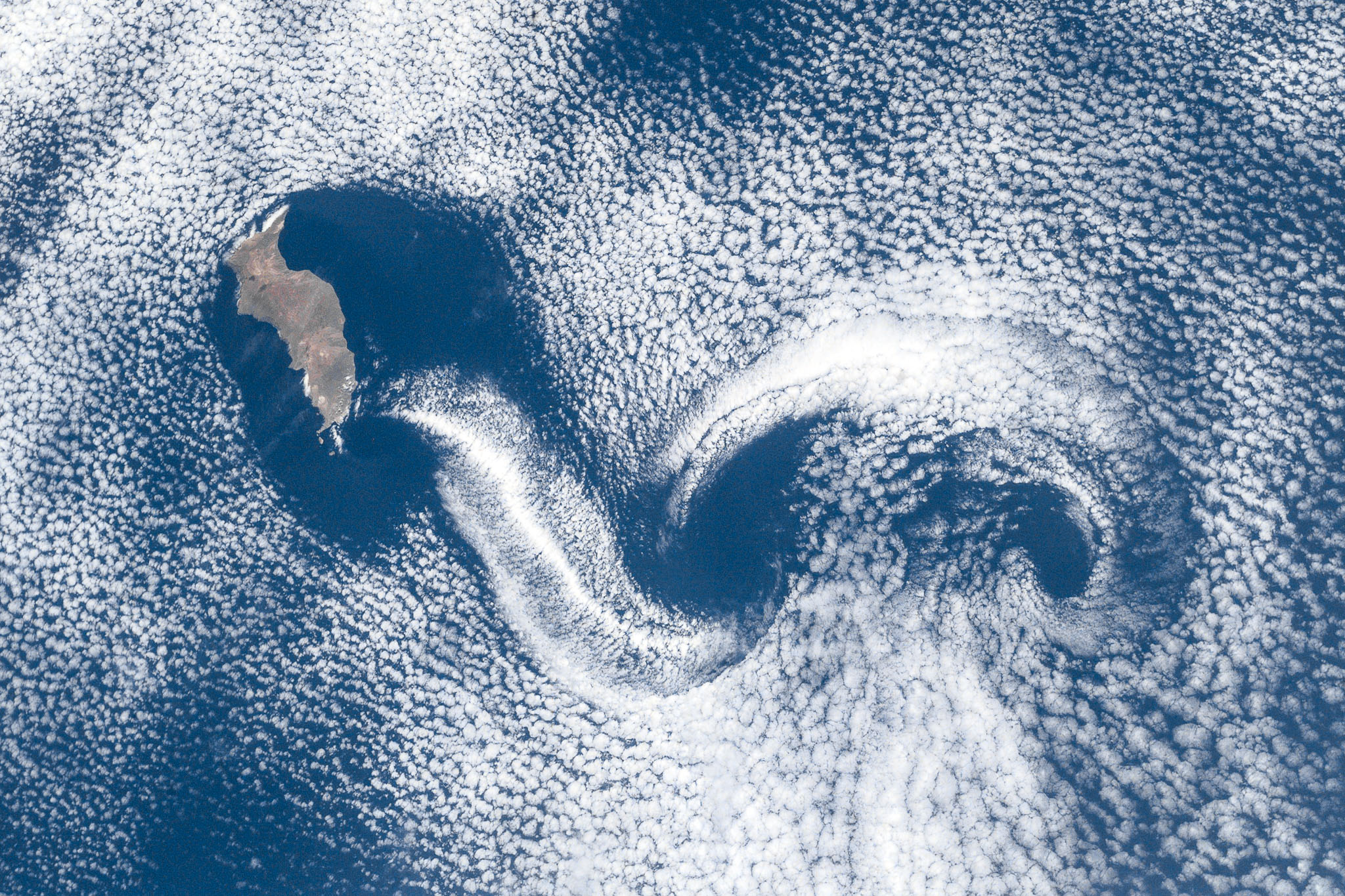 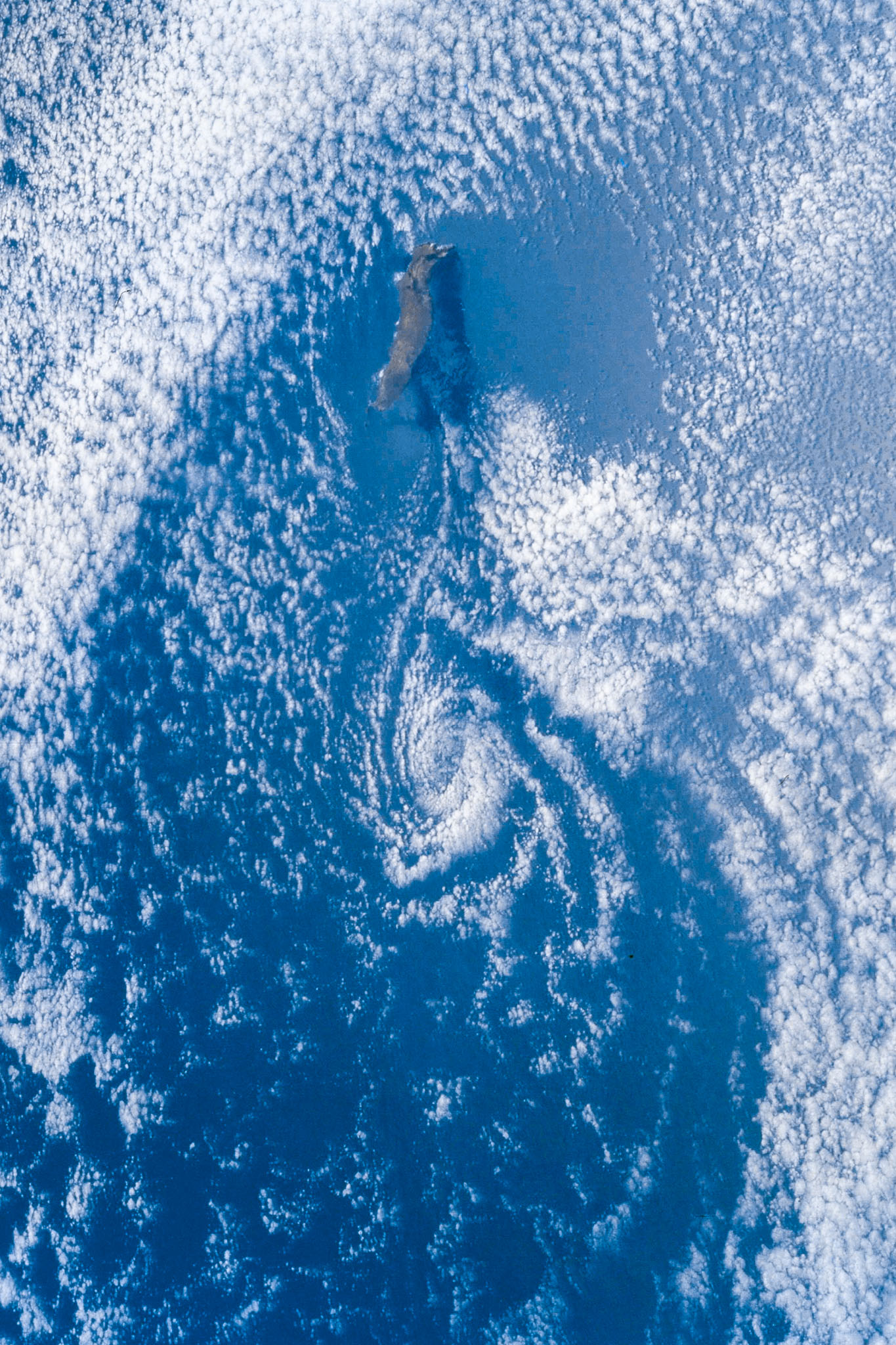 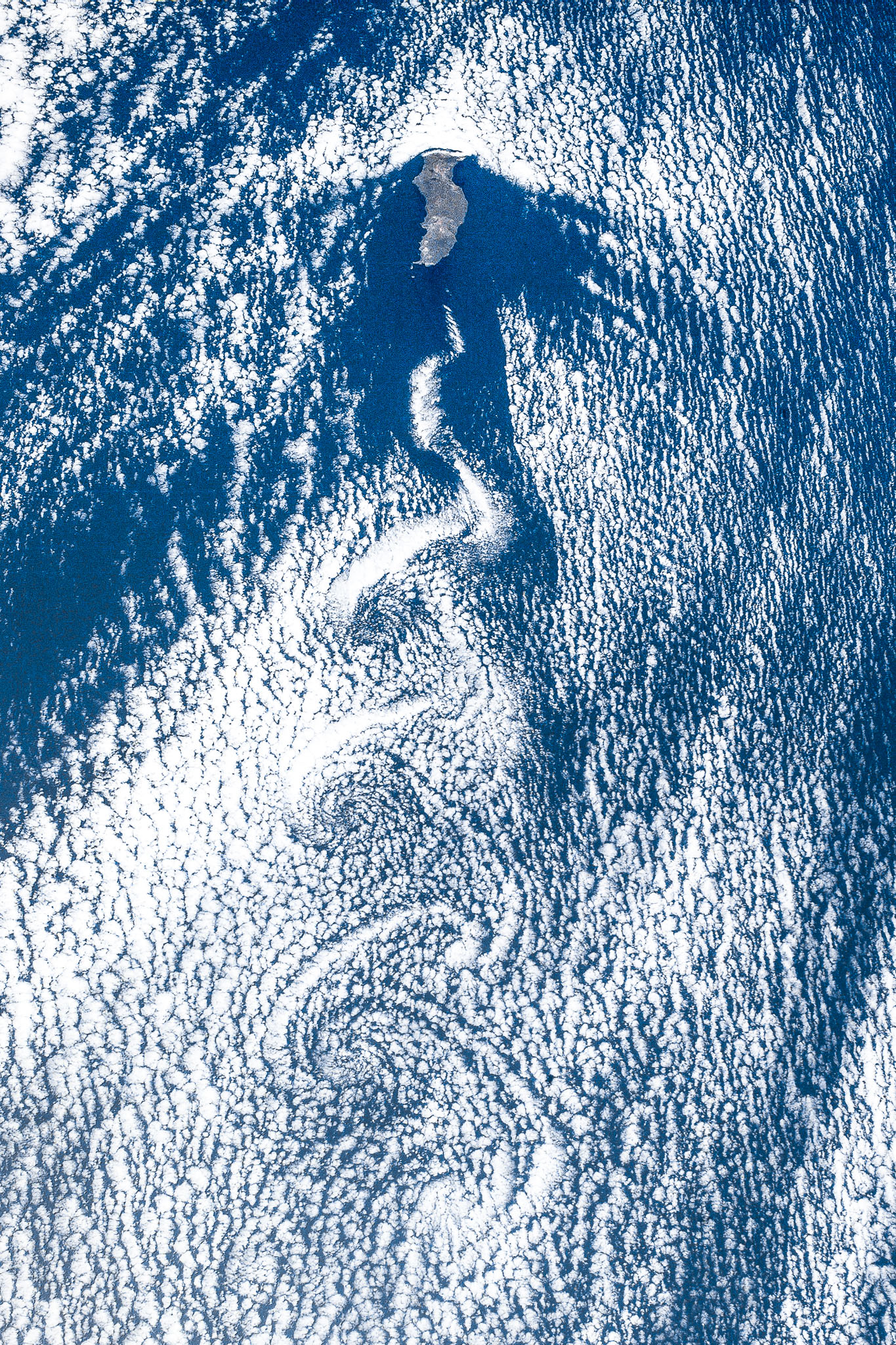 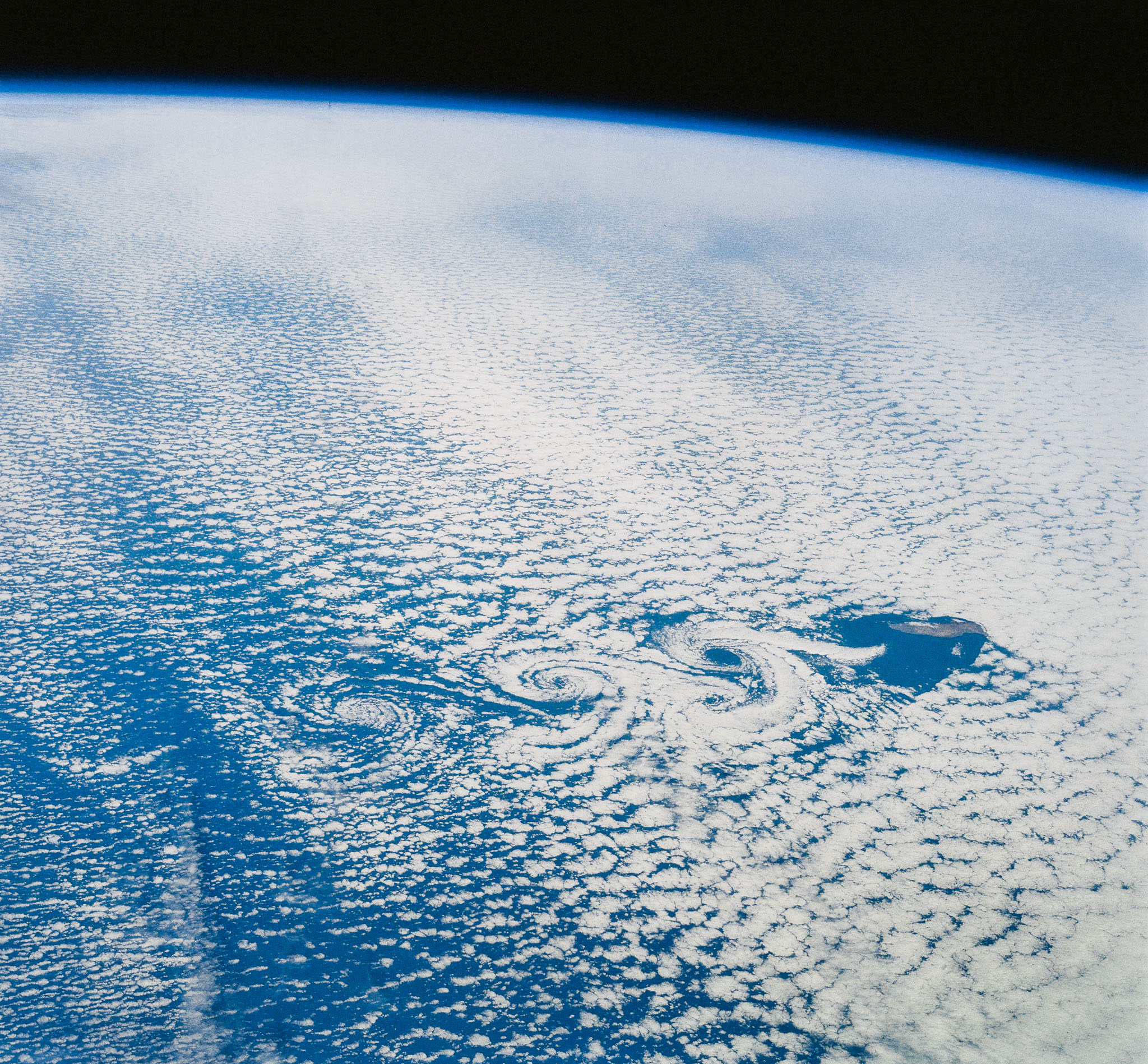 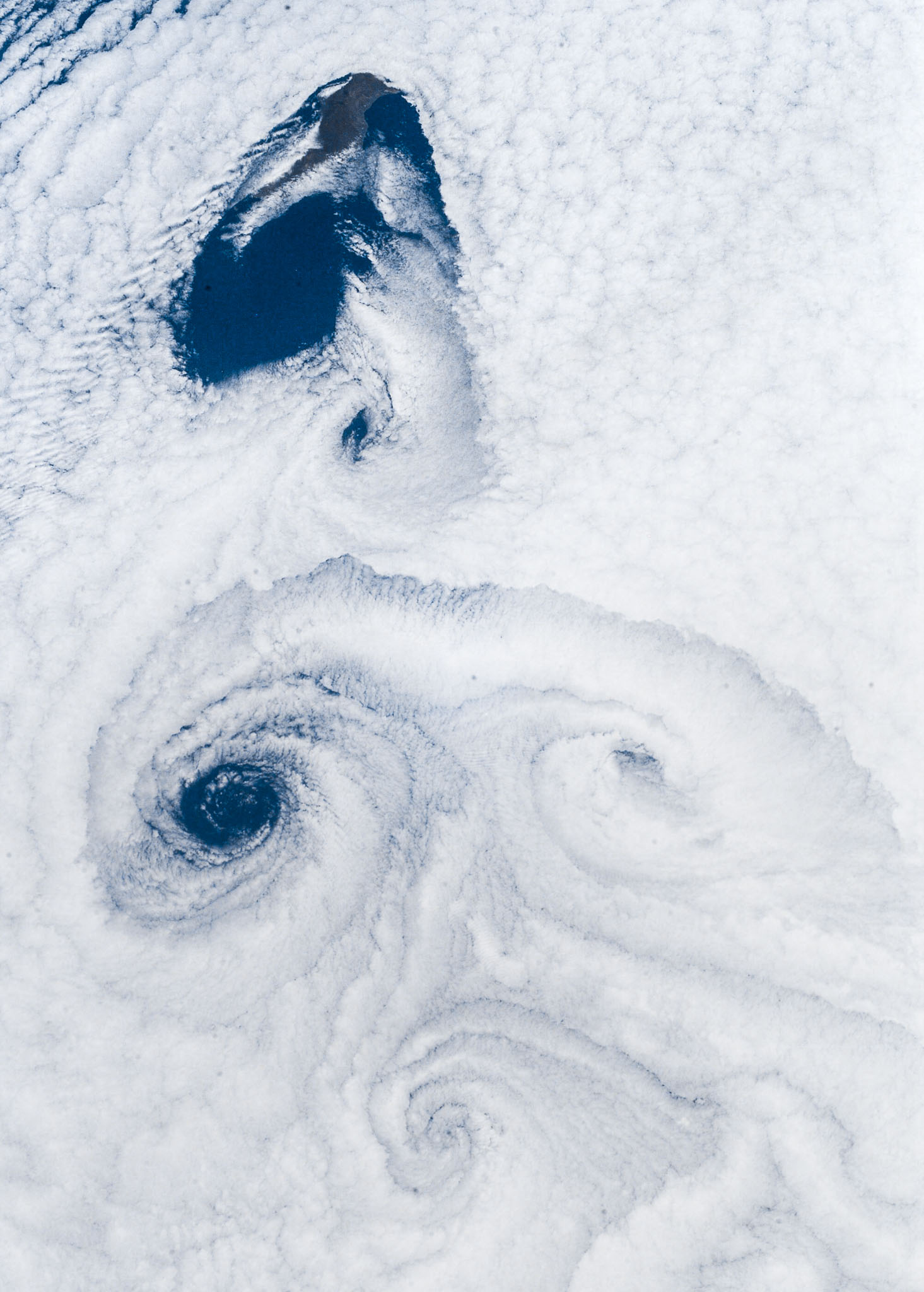 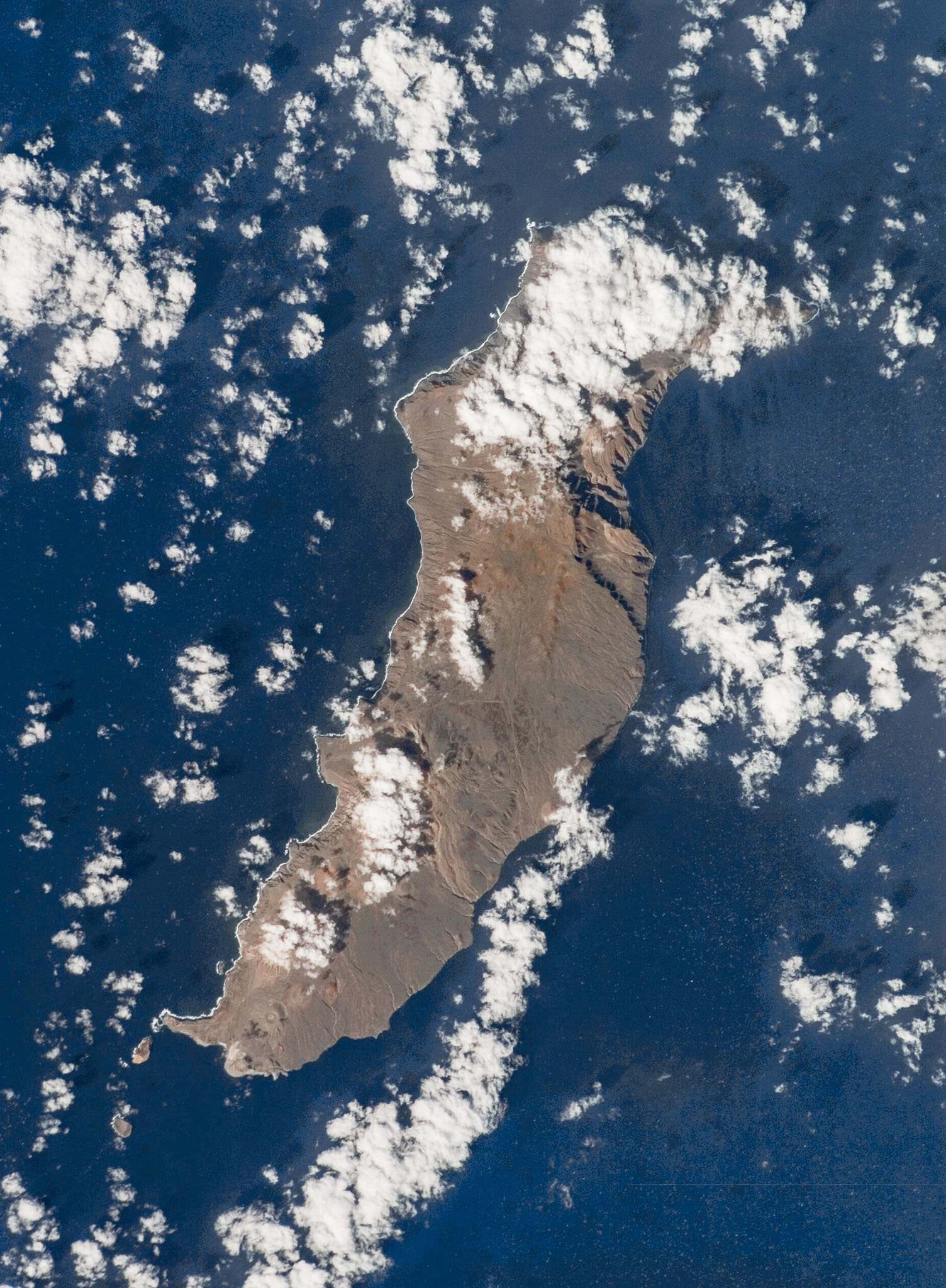 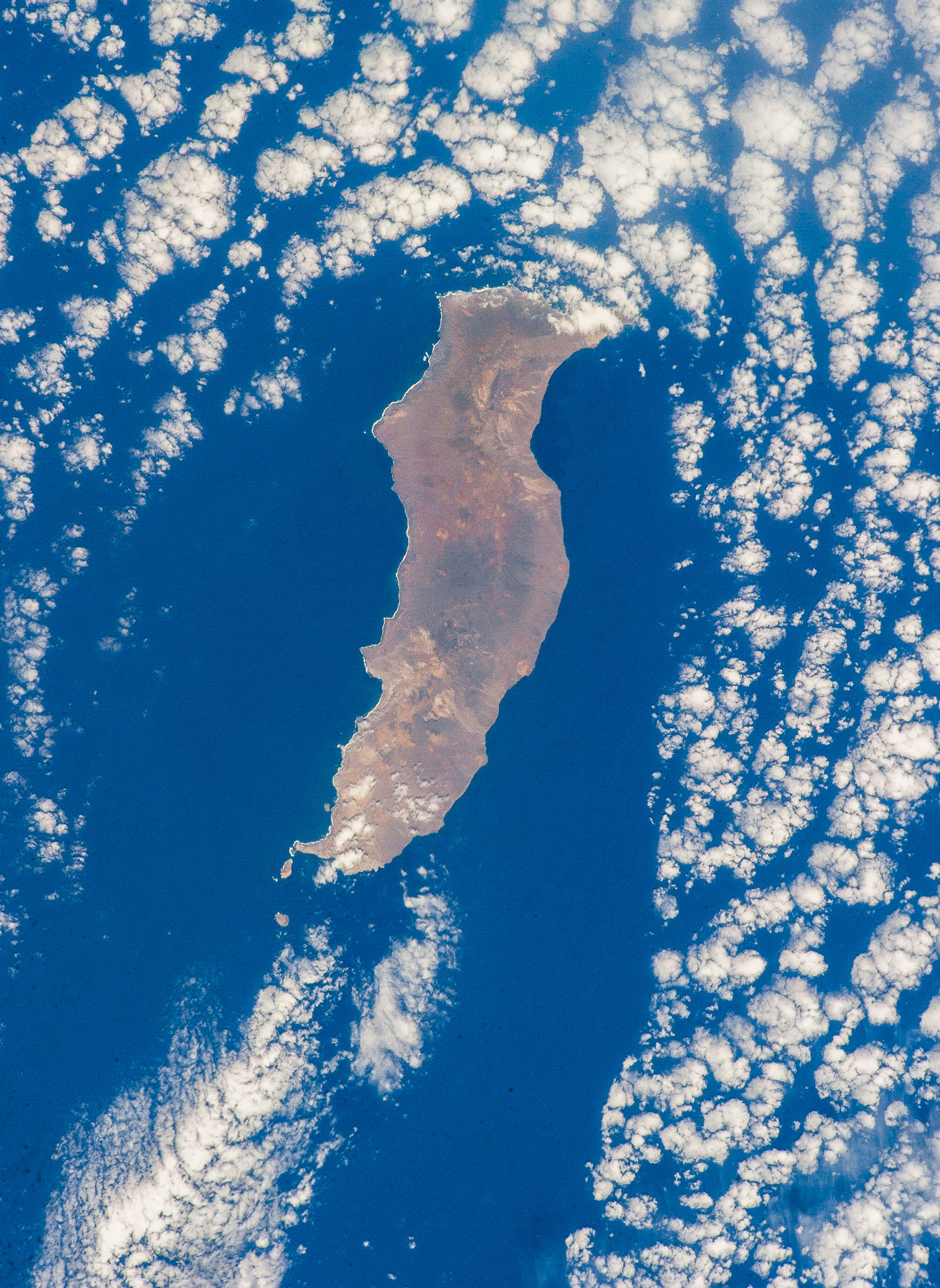 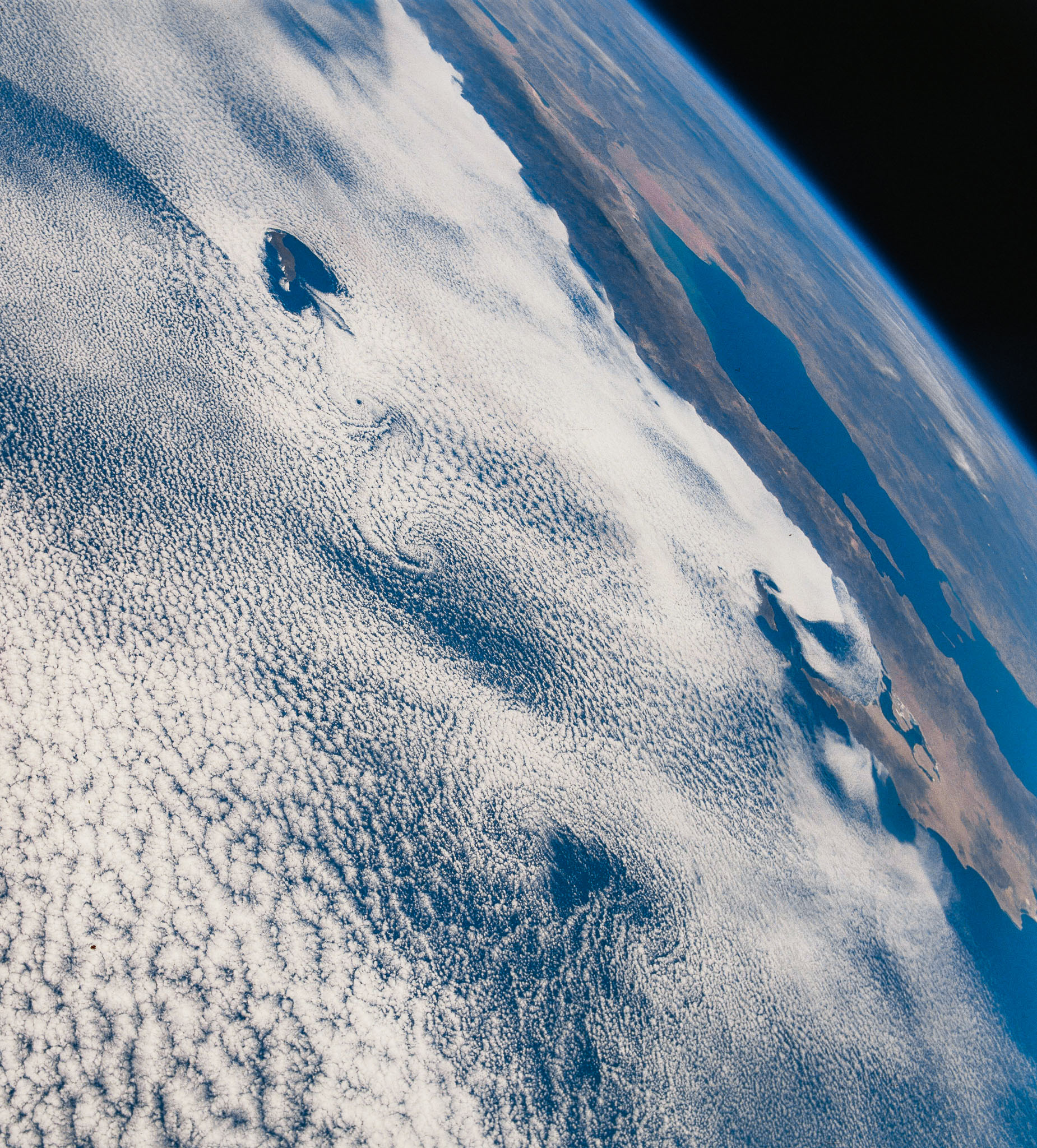 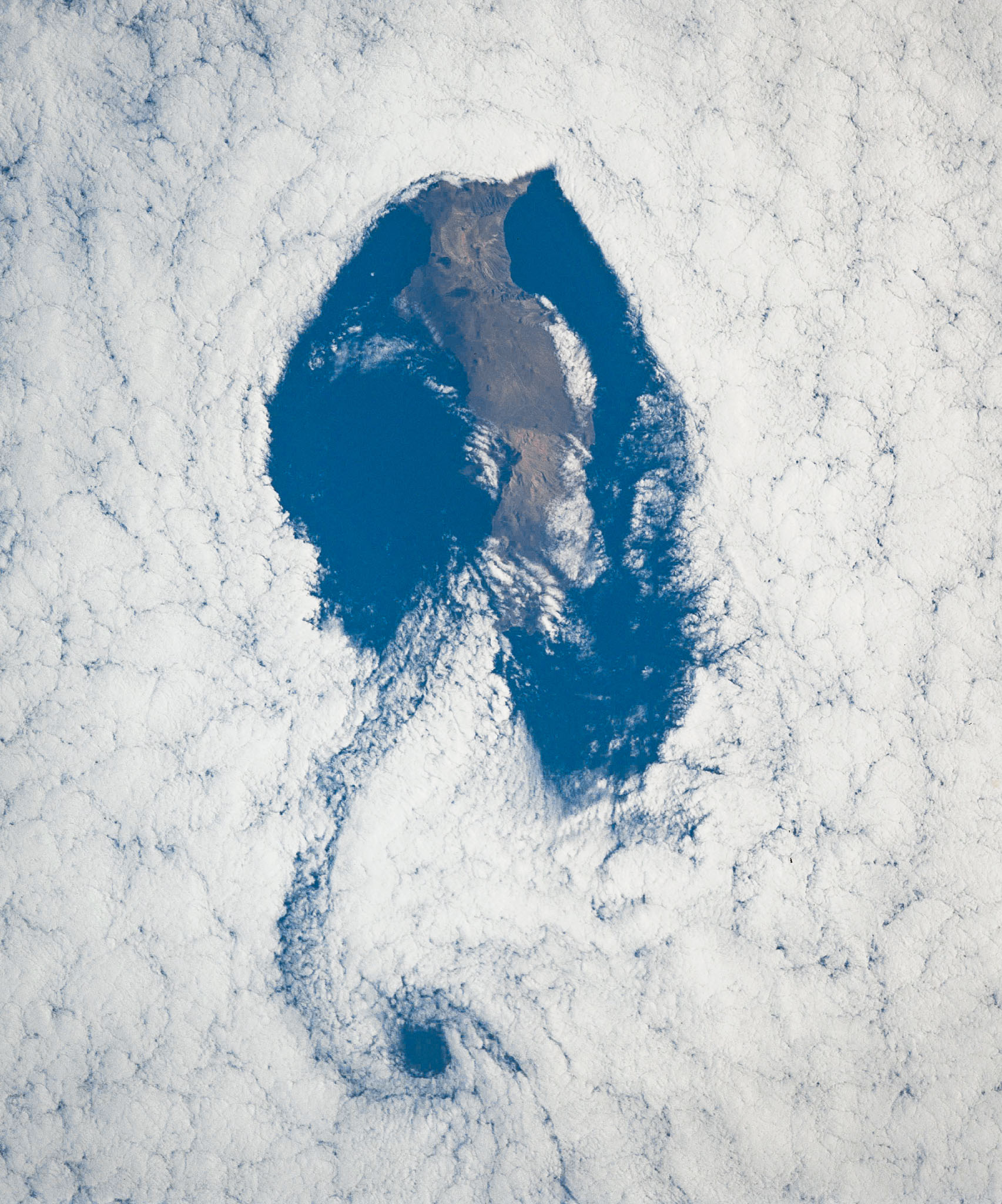 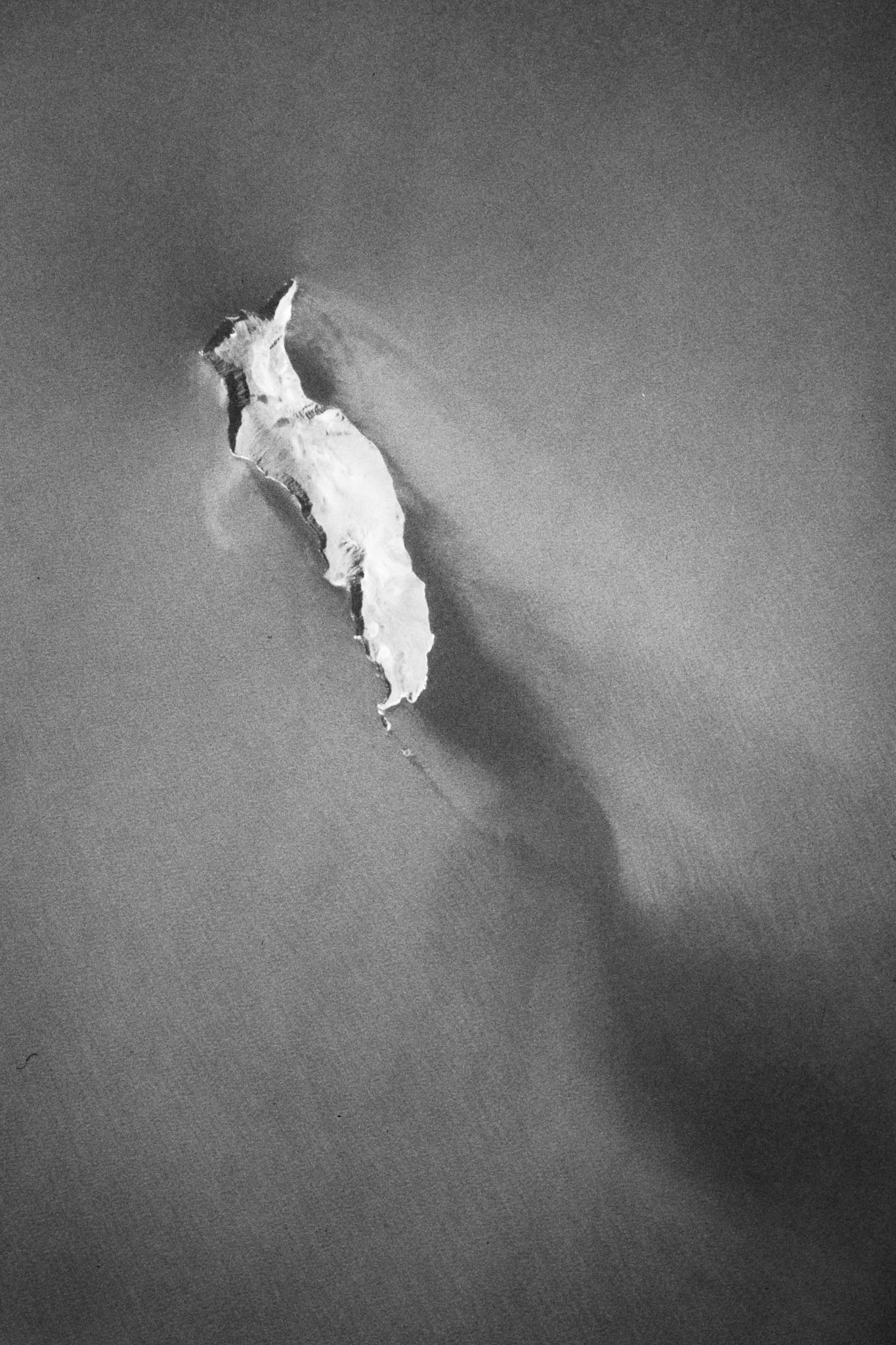 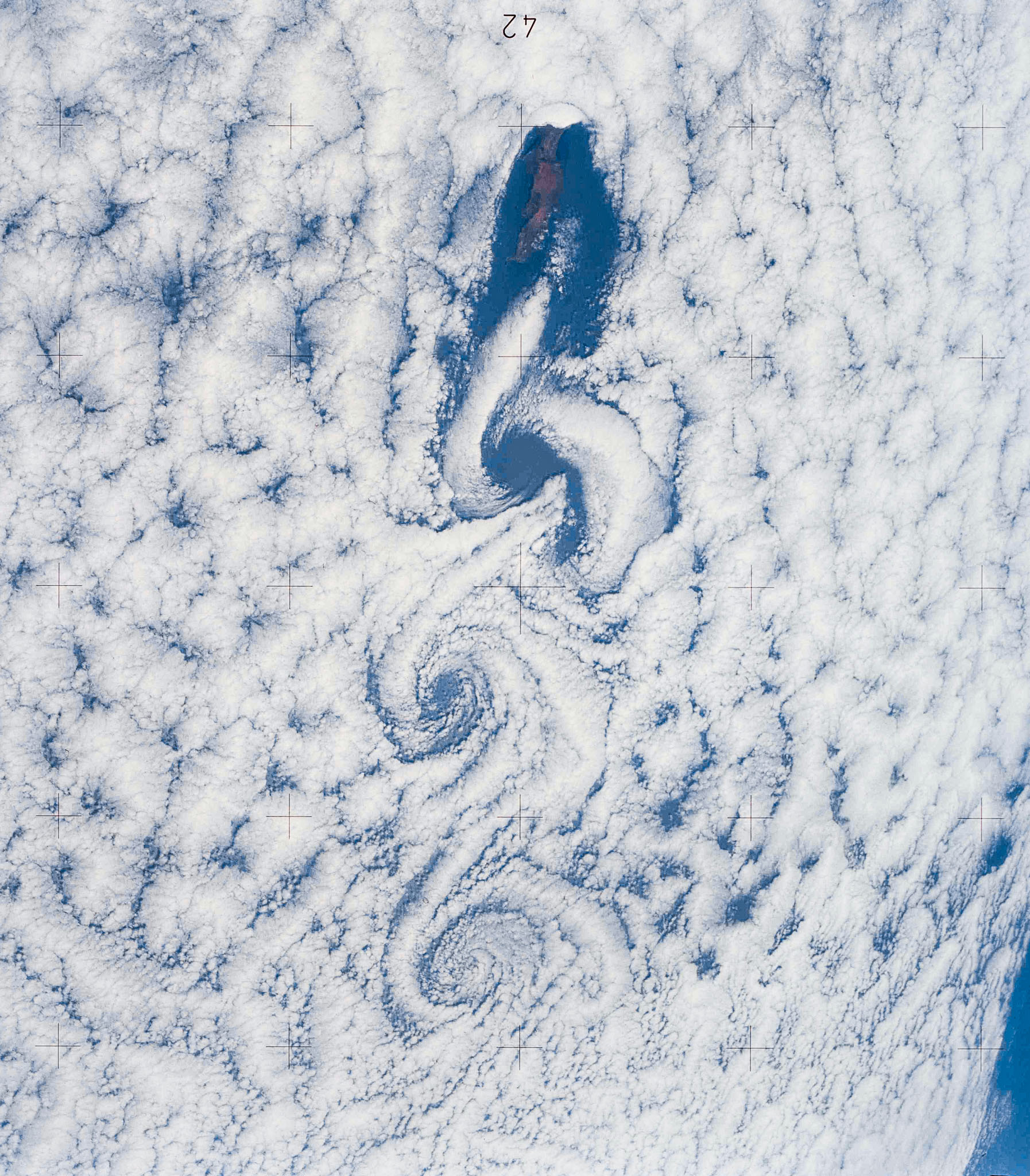 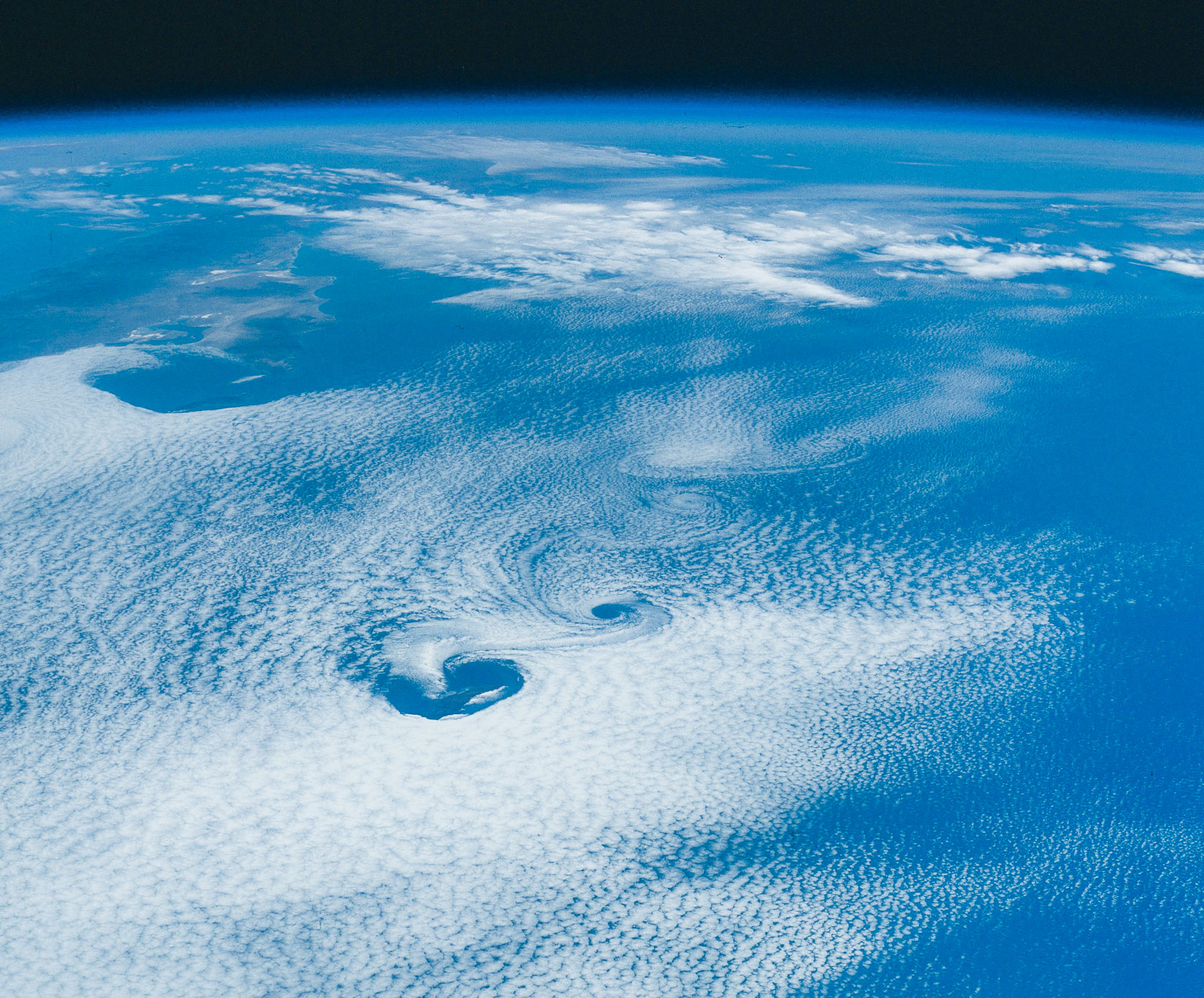 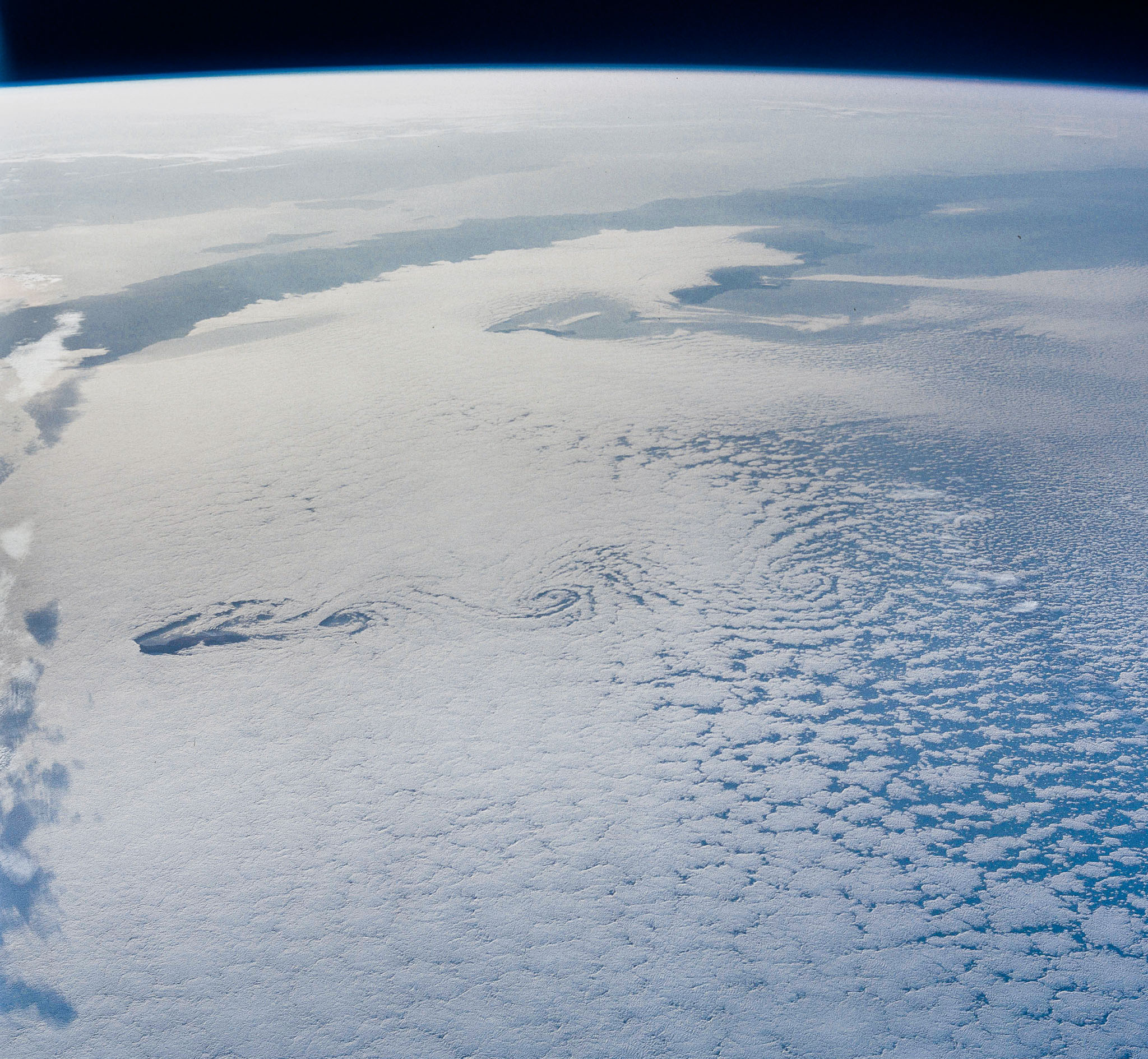 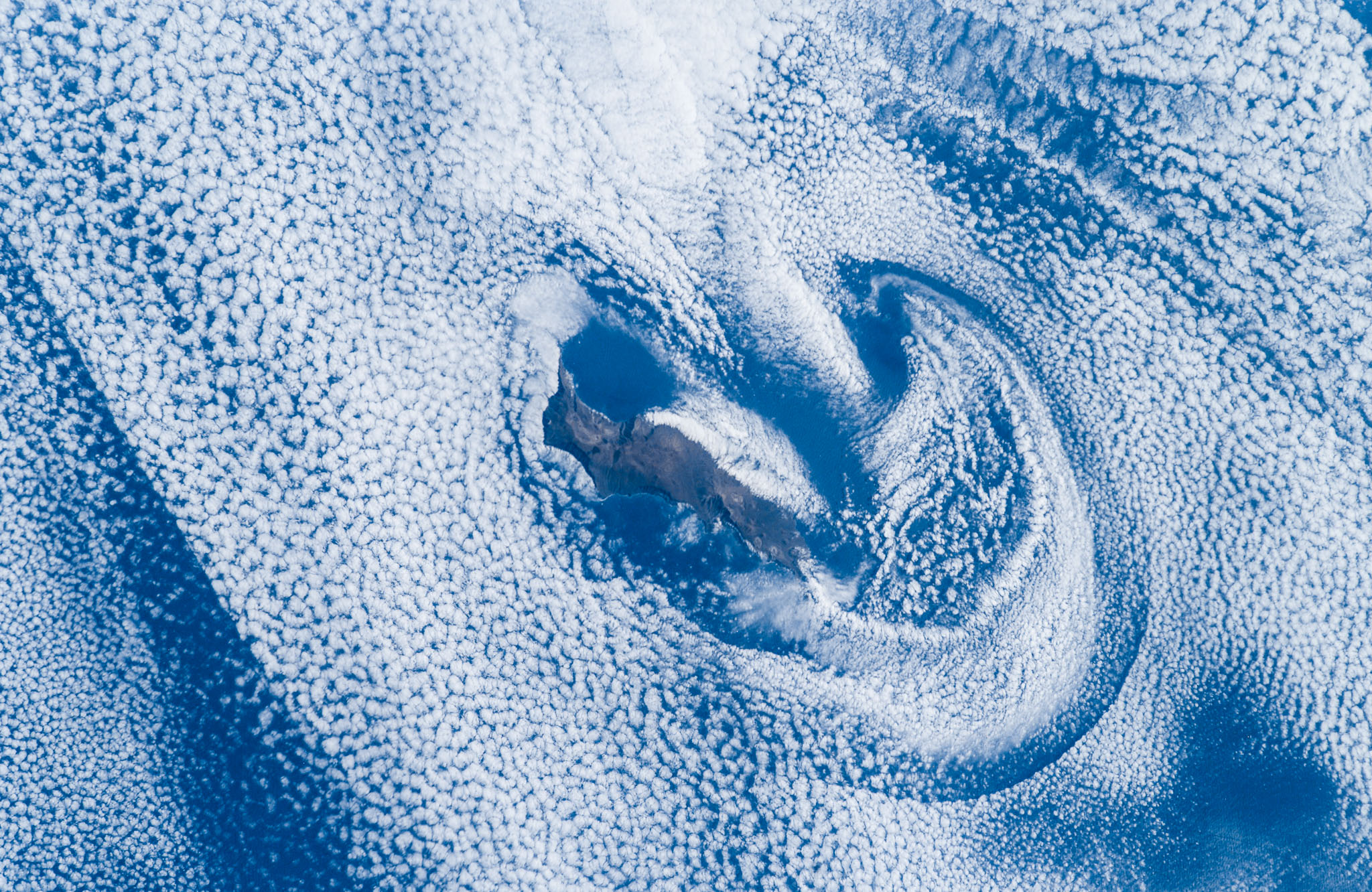 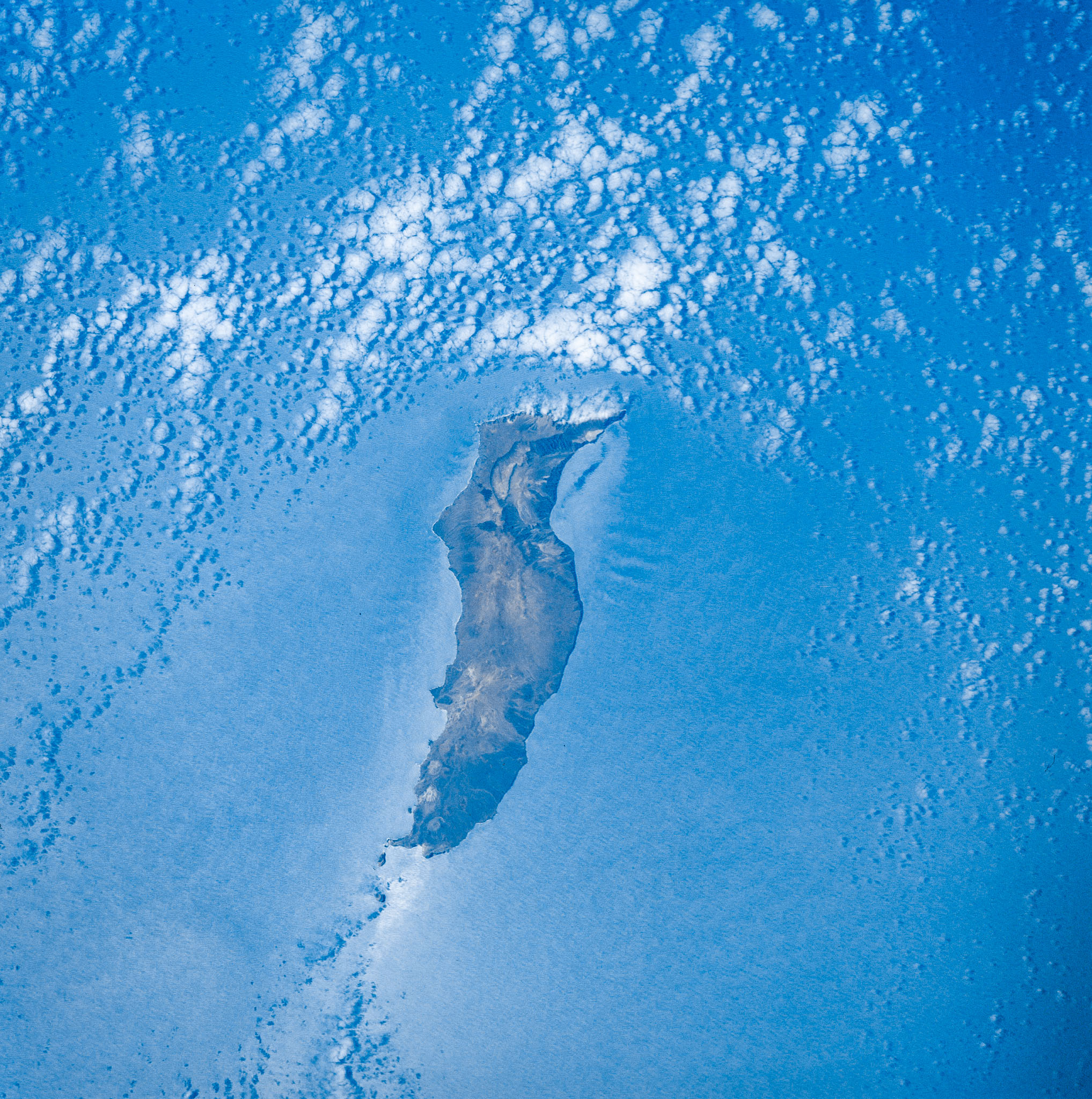 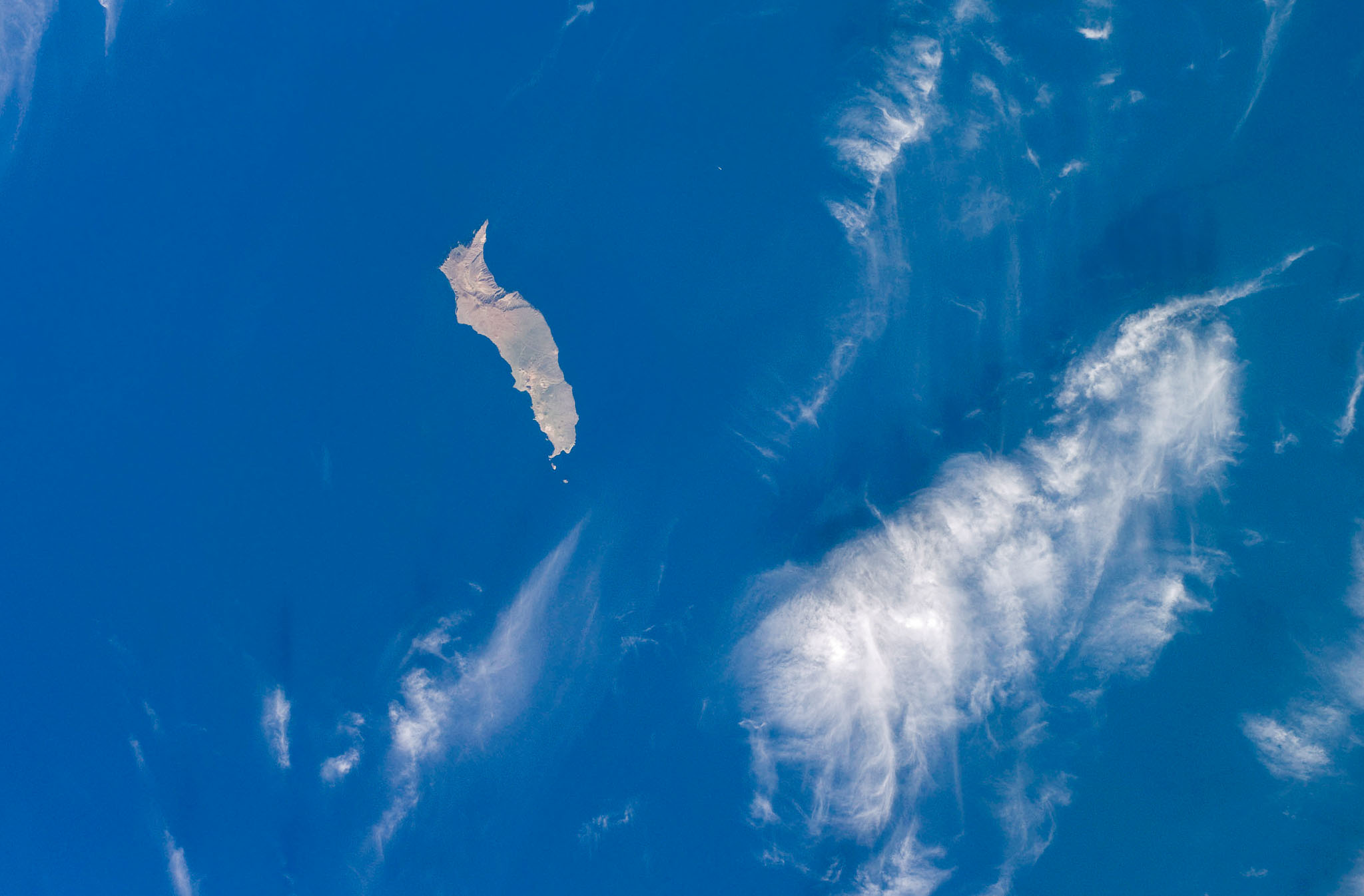