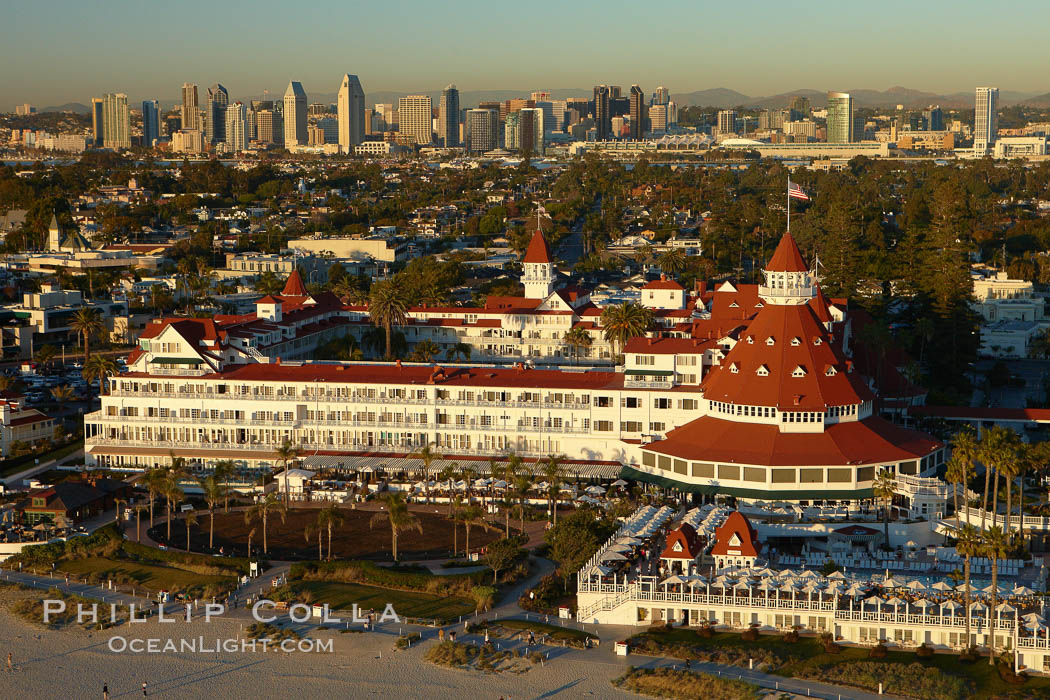 Hotel del Coronado, known affectionately as the Hotel Del. It was once the largest hotel in the world, and is one of the few remaining wooden Victorian beach resorts. It sits on the beach on Coronado Island, seen here with downtown San Diego in the distance. It is widely considered to be one of Americas most beautiful and classic hotels. Built in 1888, it was designated a National Historic Landmark in 1977.
Image ID: 22287
Location: San Diego, California, USA 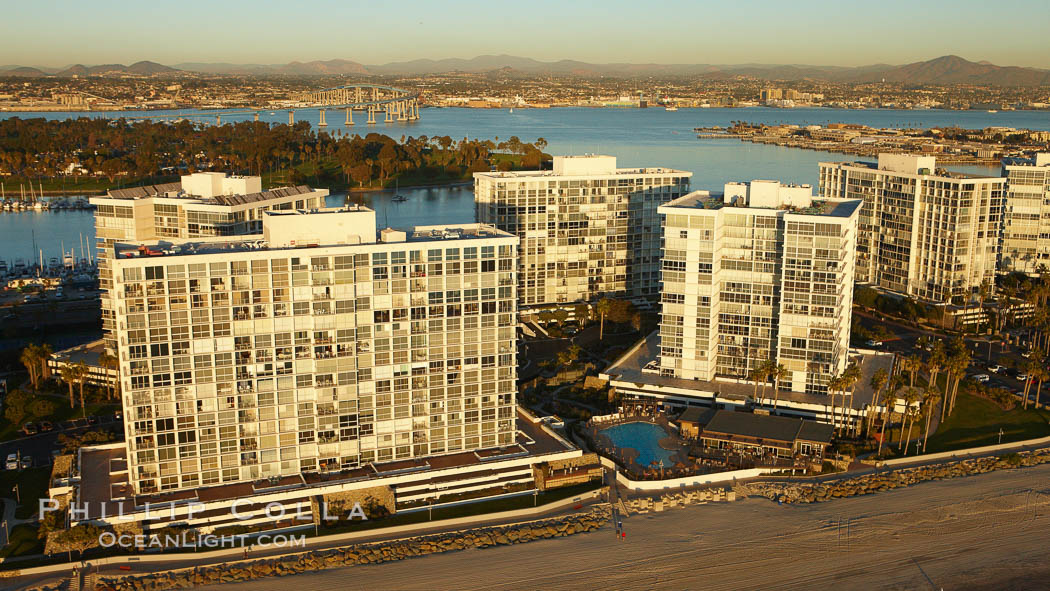 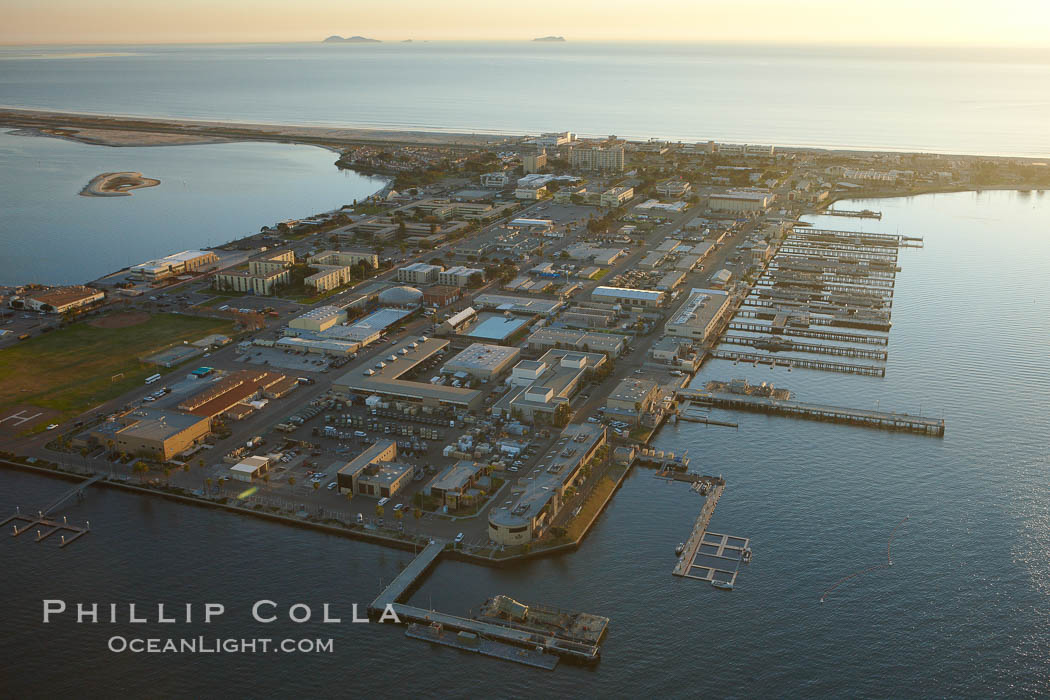 Naval Amphibious Base Coronado, situated on the Silver Strand between San Diego Bay and the Pacific Ocean, is the West Coast focal point for special and expeditionary warfare training and operations. The famous “swastika building” is seen on the southern (left) side of the base.
Image ID: 22298
Location: San Diego, California, USA 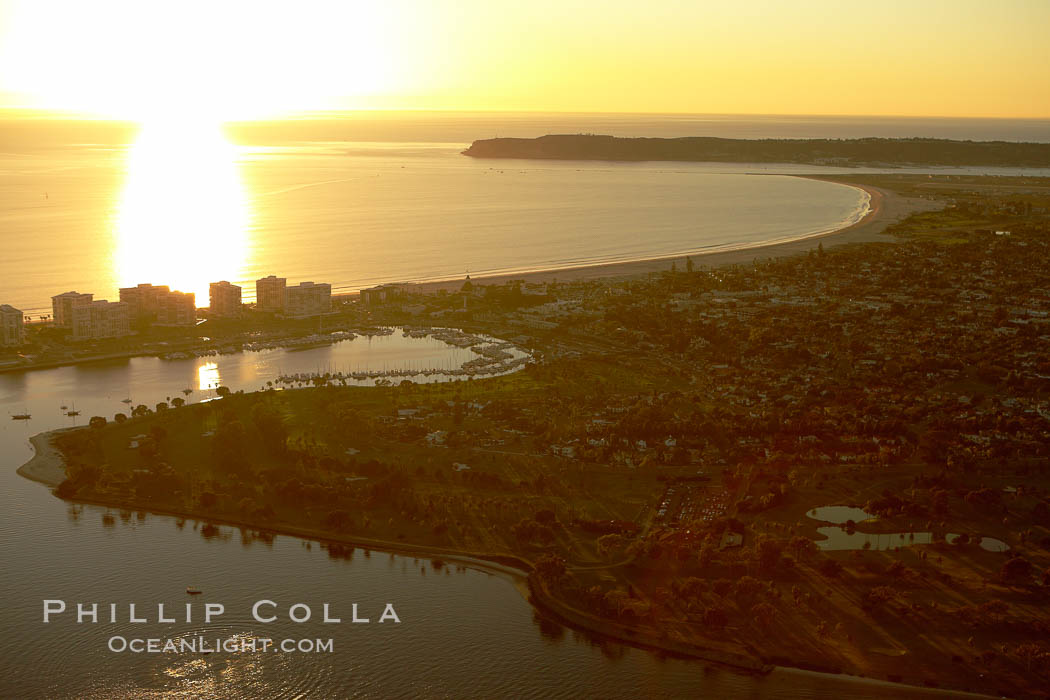