The last time I stayed at Vogelsang High Sierra Camp, my dad and I took the Rafferty Canyon trail and arrived about 3pm. For some reason I still had some energy so I took off and tried for the summit of Vogelsang Peak, arriving just shortly before sunset. The view was spectacular, an unobstructed view of much of the high country around Yosemite National Park. I got back to camp well after dinner but my dad had saved a plate of food for me, which I scarfed up. I crashed hard that night after covering about 13 miles. It was a good day. Cheers, and thanks for looking! 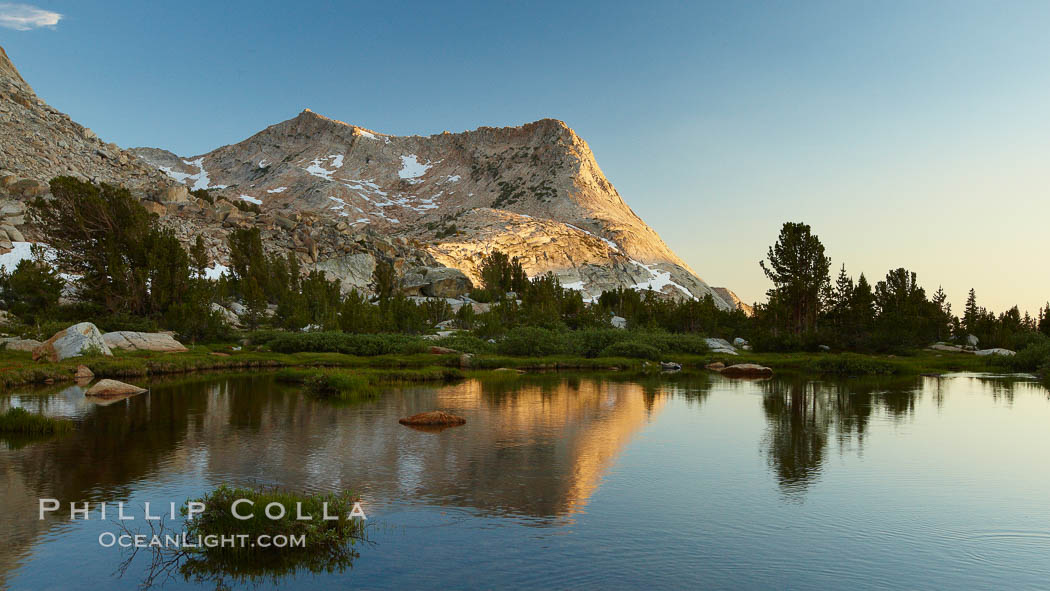 Panoramic view of the Cathedral Range from the summit of Vogelsang Peak (11500′). The shadow of Vogelsang Peak can be seen in the middle of the picture.
Image ID: 25751
Location: Yosemite National Park, California, USA