Photo of the Egyptian Pyramids

By Phil CollaMay 20, 2007Egypt, Icons, Photo of the Day
No Comments

We wrapped up our stay in Egypt with some time at my brother’s house in Cairo, touring the older parts of the city and seeing some off-the-beaten-path markets, mosques, and other amazing stuff. One highlight of our time in Cairo was a day at the Giza necropololis to see the Great Pyramids, and another day in Saqqara to see very different pyramids. Tracy is seen below riding a camel on the sand plains of Giza, with the Great Pyramids in the distance. Seeing one of the Seven Wonders of the Ancient World with our own eyes was a humbling experience. Completed around 2560 B.C., the largest of the Great Pyramids, the Pyramid of Khufu, was for 3800 years the tallest building in the world until the Lincoln Cathedral was built in 1300 A.D. I thought I got a good deal when I bargained for our camels, but later that day my brother just laughed when he heard what I paid. Tracy can ride much better than I. In Saqqara we explored the crumbling remains of the Pyramid of Userkaf, built as the tomb of 5th Dynasty ruler Userkaf and dating to approximately 2458 B.C. While the dressed stone exterior is largely in disrepair and crumbling, the pyramid still rises 163 ft above the surrounding desert. Nearby we also checked out the Step Pyramid of Djoser, built in approximately 2611 B.C. for Djoser (Zoser), 2nd king of the 3rd Dynasty. Rising 204 ft in height, the Step Pyramid of Djoser predated the great pyramids and was the highest building in the world at that time. 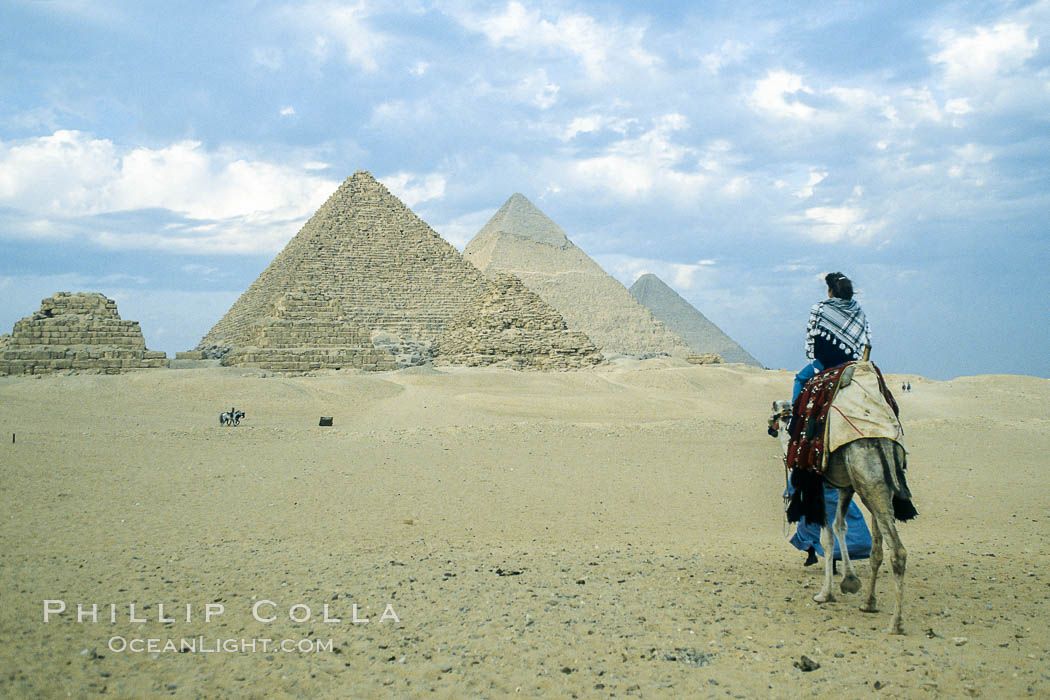 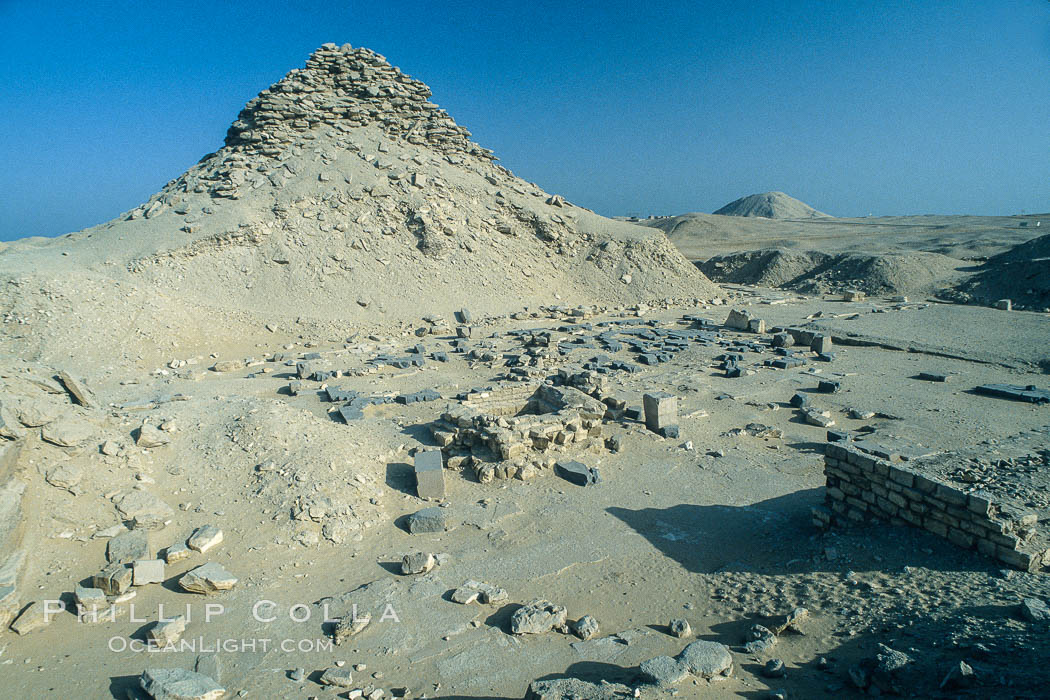 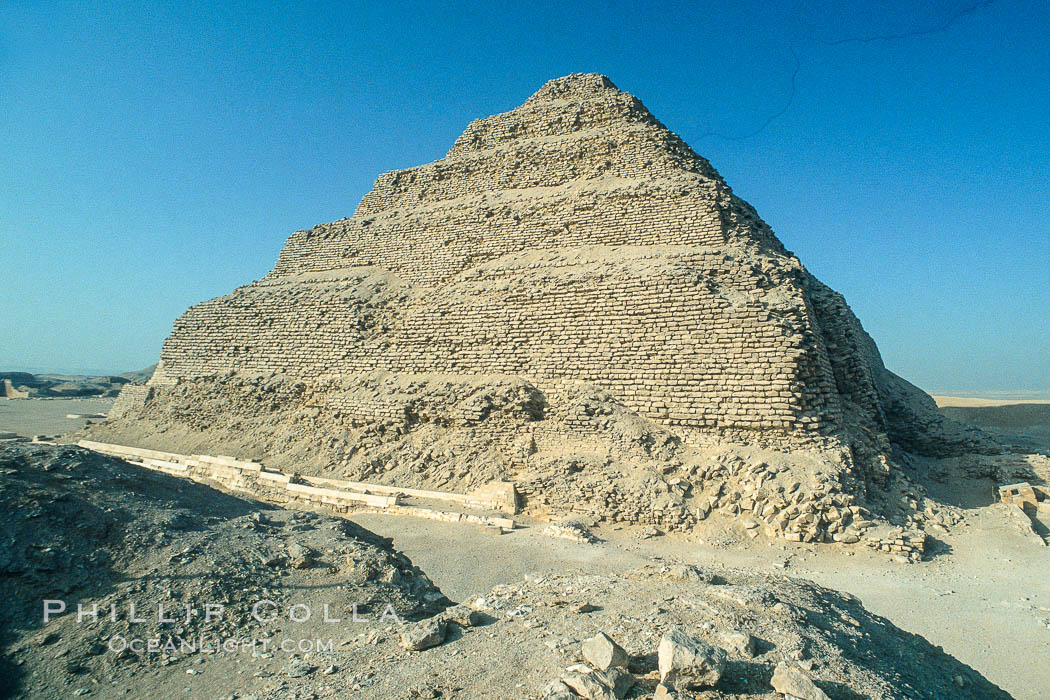