A photograph of a northern elephant seal (Mirounga angustirostris) “bull” bellowing on a central California beach. Other elephant seals can be seen on the sand and in the surf behind him. Bulls (adult males) spend a lot of time bellowing to communicate to surrounding elephant seals, including other bulls, the boundaries of their harem and beach territory and to issue challenges to other bulls that approach. The larger the bull, the deeper and louder the bellowing. As an elephant seal matures its proboscis (nose) grows huge, eventually obstructing the mouth and changing the sound of the bellowing so that it becomes a distinctive deep rumbling and popping sort of sound. Very curious and cool to listen to. Note that this fellow has some considerable scarring on his proboscis and about his chest, wounds acquired in combat with other bulls. 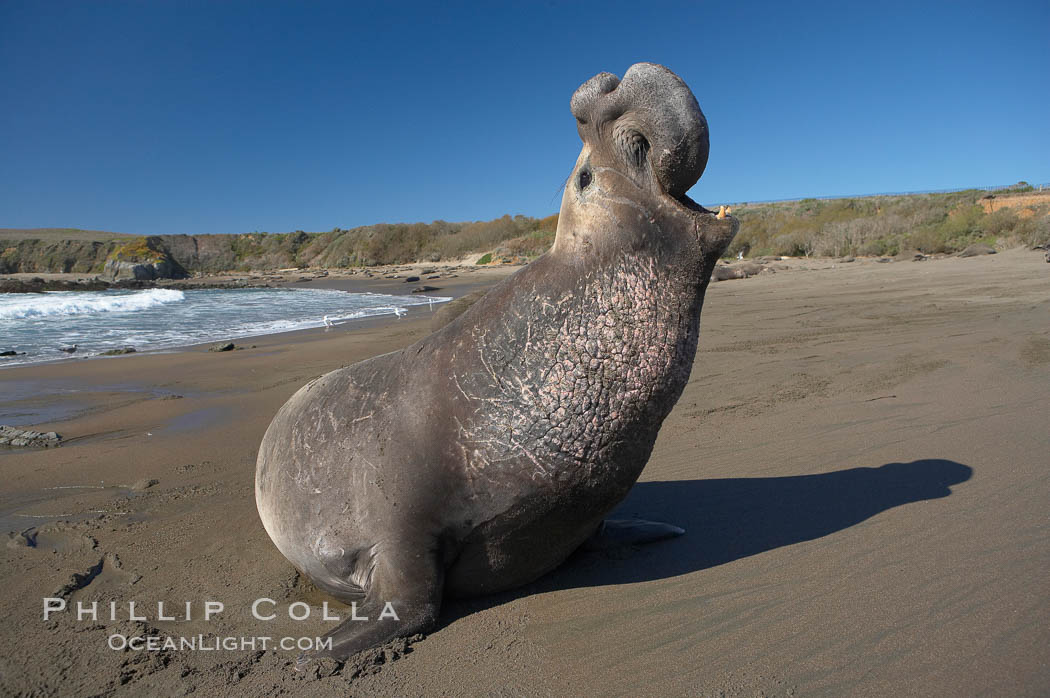