Here is another photograph of a large male northern elephant seal (Mirounga angustirostris) forcibly mating with a much smaller female. This bull holds her down with his enormous weight and even bites her into submission. Females elephant seals, when facing such a suitor, generally squak and put up a token display of annoyance, but do not actually attempt to fight off the male. They know that natural history, and the enormous sexual dimorphism of their species, works to the bull elephant seal’s advantage in these encounters. 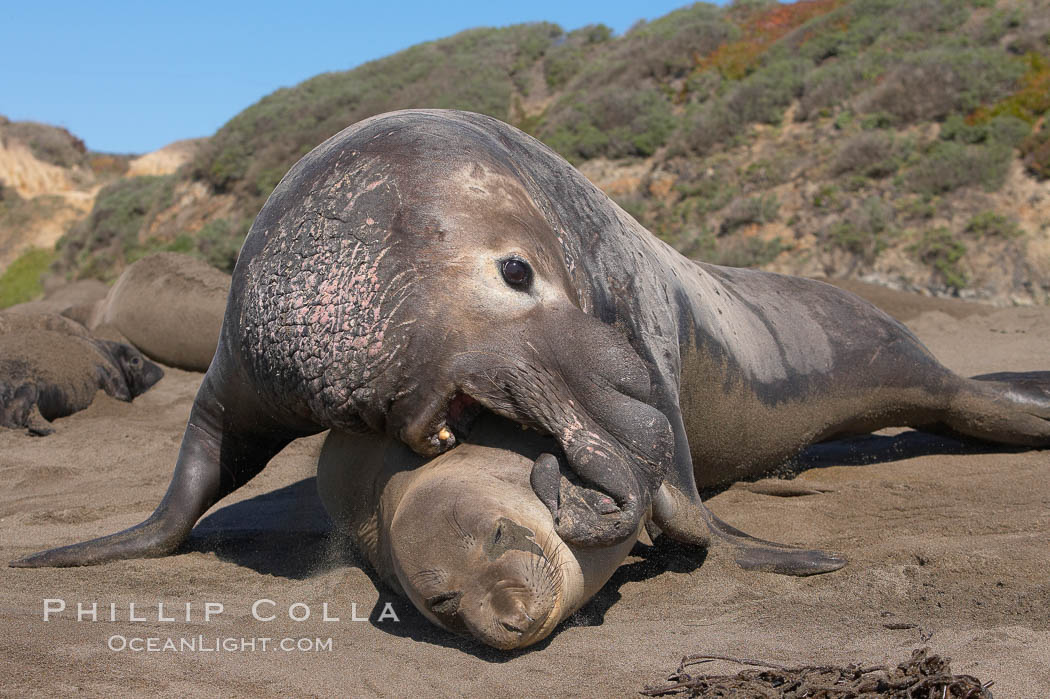