This is the second of three images I had that were Highly Commended in this year’s Windland Smith Rice photography competition.*

I made this photograph in Joshua Tree National Park just as the sun was setting, at a series of granite boulders that is quite popular (being near one of the campgrounds). The sun had already left the first of the Giant’s Marbles in shadow in front of me, but the warm light was still kissing to the topmost Marble perched atop the rocks. These nearly spherical marbles are natural anchors for any landscape photo of this boulder group, and indeed one sees various compositions of these rocks in many landscape photographers’ portfolios. This is my rendition. Thanks for looking! 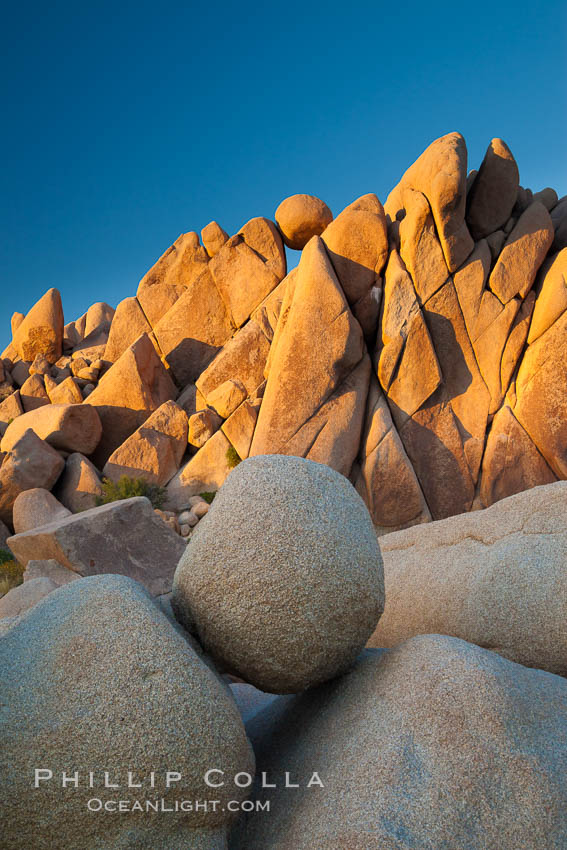 * I was fortunate to have three of my photographs receive Highly Honored recognition in this years Windland Smith Rice photography competition sponsored by Nature’s Best Photography. The first was a photo of photographer Garry McCarthy working in the Virgin River Narrows in Zion National Park. . 21,000 images were entered in the competition, 500 made it to the final round of judging and 131 were winners or highly honored and appeared in the most recent issue of Nature’s Best Photography magazine. I am crossing my fingers that one of mine will also be featured as part of the competition’s six-month exhibition next year at the Smithsonian Museum of Natural History in Washington D.C.