Humpback whales are famous for their use of bubbles to “net” prey, especially in Alaska where coordinated bubble netting among groups of humpback whales is often seen. However, humpbacks also commonly use bubble displays and air releases in their social interactions in warm waters. It is thought the these bubble releases are signals to nearby whales. This seems most true in humpback groups engaged in “rowdy” behaviour, in which a group of male whales is competing for position in the group, usually alongside a focal female whale. In these situations, bubbles seem to be released by male escort whales in an effort to intimidate rival escort whales, or to create a visual barrier. 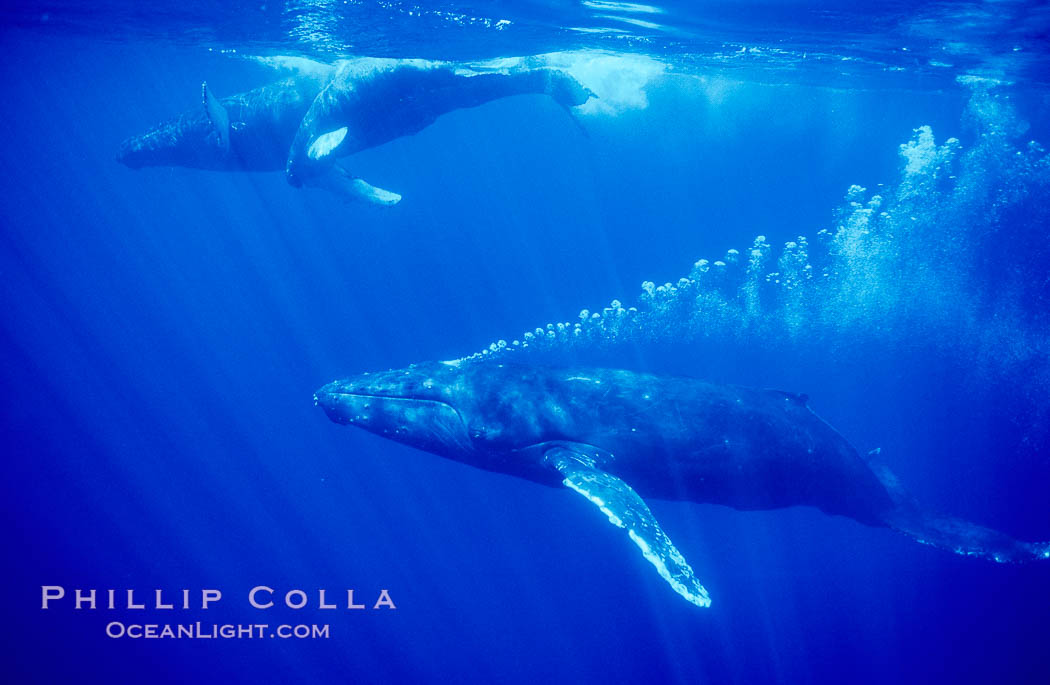 Bubble curtains occur when a whale swims along emitting a steady stream of bubbles. Seen from above water, the curtain becomes a bubble trail sometimes reaching a length of a hundred yards or more, and can be useful in locating whales that have been underwater for a while. Sometimes several competing males in a group will simultaneously create bubble curtains, perhaps to intimidate one another or “shield” a female from approach by a challenging male.

Bubble blasts usually occur just as a whale is surfacing. They may be both an attempt to intimidate a nearby competing whale and an early exhalation in a particularly strenuous competitive group. Bubble blasts often accompany a head lunge, where the whale surfaces at speed, exhaling hard and with sufficient momentum that it drives forward with rostrum and head partially out of the water. Occasionally, singletons and inquisitive whales perform bubble displays in a non-agonistic situation as they swim near a boat or research divers. 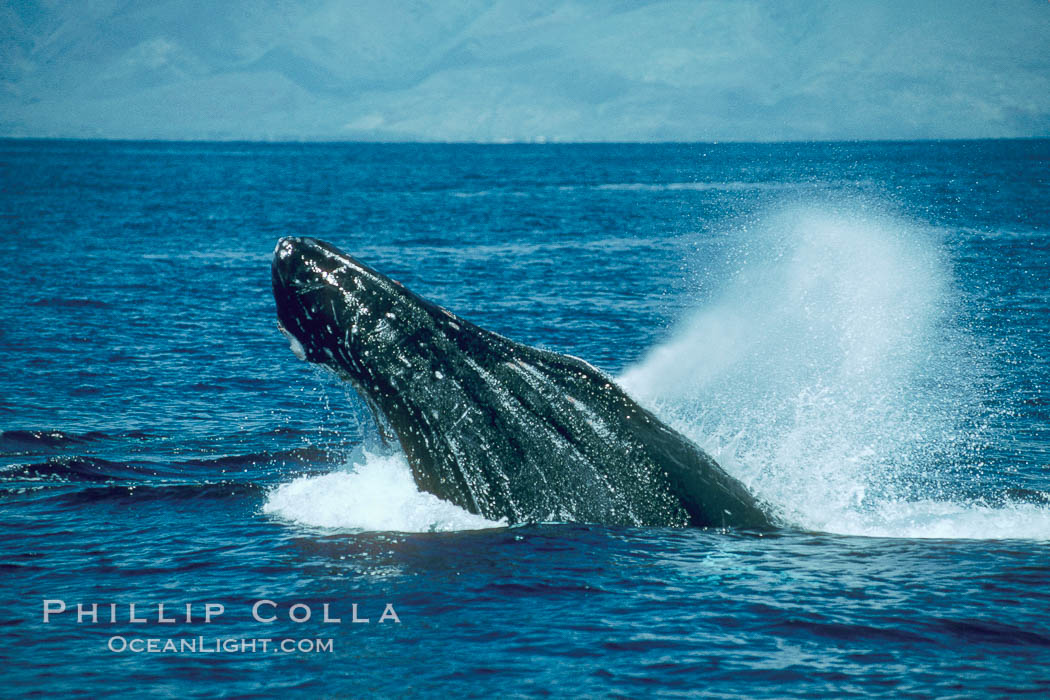 Humpback whale lunging out of the water at it reaches the surface, exhaling in a burst of bubbles.
Image ID: 01407
Species: Humpback whale, Megaptera novaeangliae
Location: Maui, Hawaii, USA 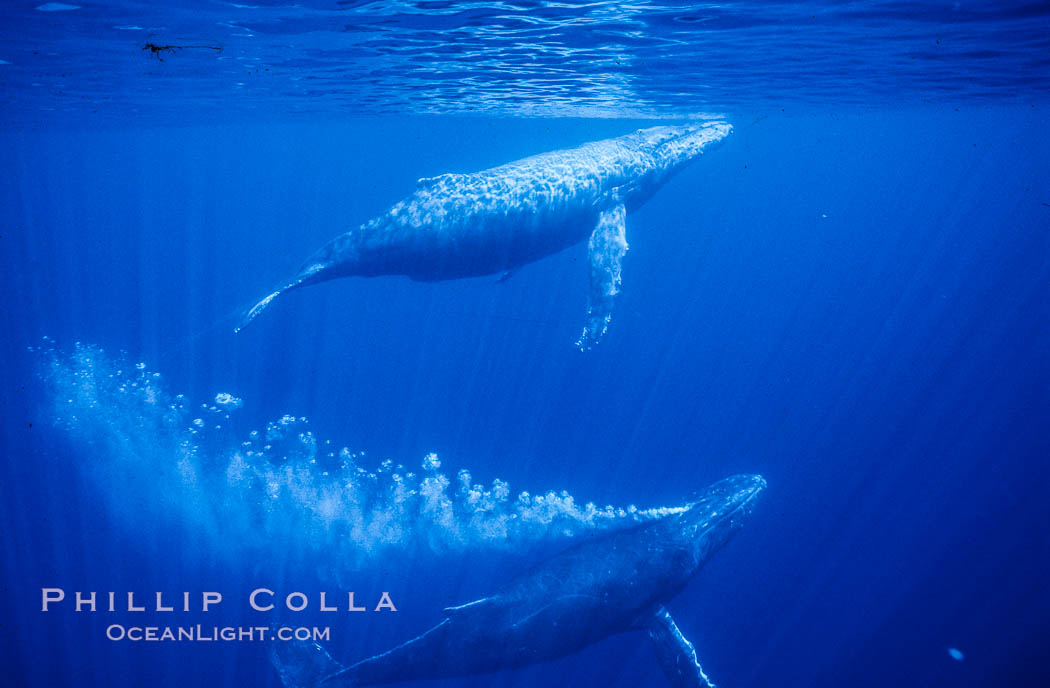