Photo of the Mosque of Ibn Tulun

By Phil CollaMay 13, 2007Egypt, Photo of the Day
No Comments

The Mosque of Ibn Tulun was built in 879 by Ahmad ibn Tulun who, though born the son of a Turkish slave, rose to become the independent governor of Egypt and whose family continued to rule until 905. The mosque bears design elements of his childhood home of Samarra. Unusual are the pointed arches pictured here, which differ from the marble columns which are more typical of Cairene architecture of that period. The arches, laid in offset concentric rows four deep, repeat around the rectangular periphery of the mosque’s enormous courtyard. The photographs were taken prior to the 1999 renovation of the mosque. 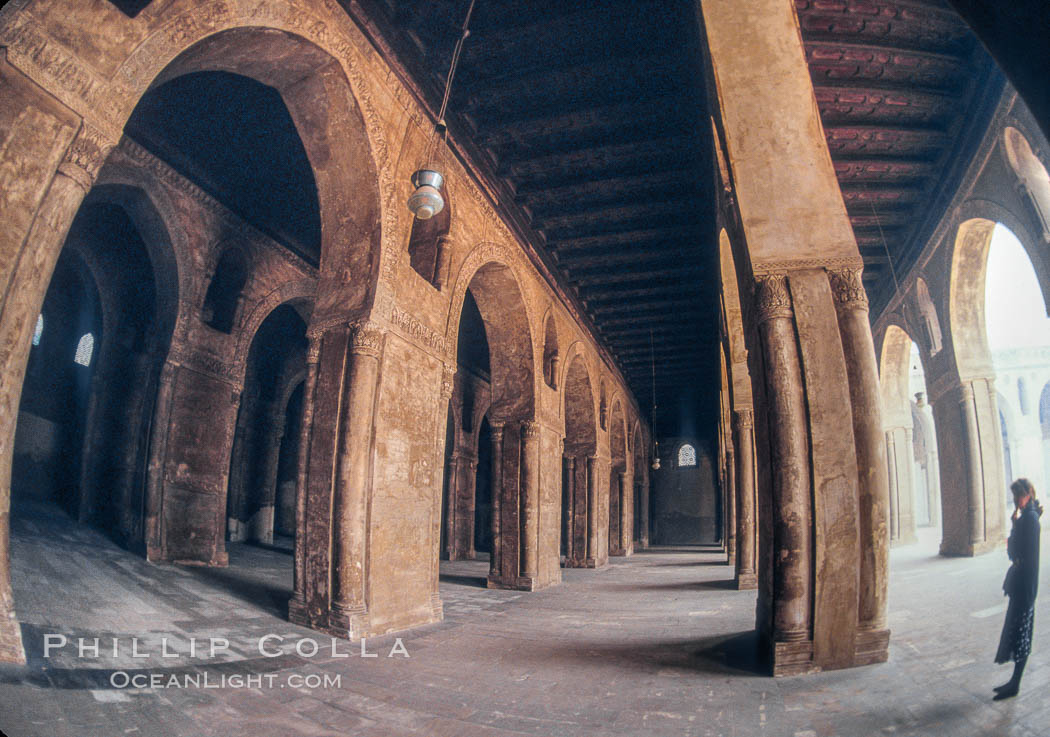 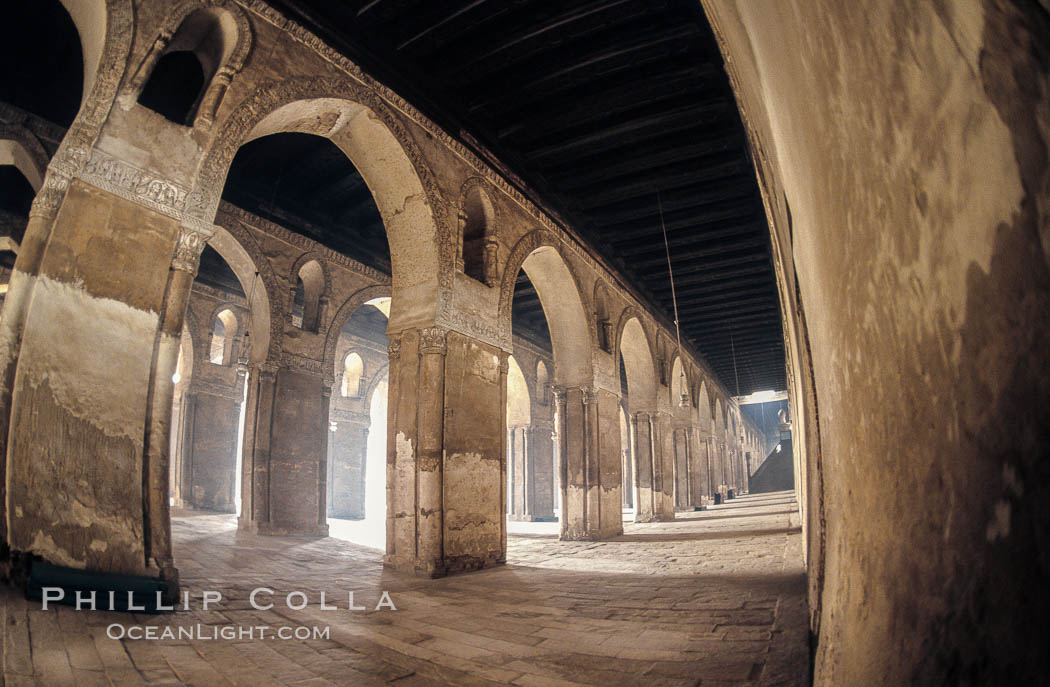