If you want to go straight to the eye candy and skip the verbage, visit my “New Work – October 2011” gallery!

My October 2011 release of new photography is fairly focused and includes some underwater images of blue whales, nighttime photographs of bioluminescence caused by red tide dinoflagellate plankton, a few close underwater photos of fin whales (the second longest animal in the world, after blue whales), experimental images using new techniques of surf and surfers, and a couple panoramas of Petco Stadium in San Diego (made with the help of my daughter who manned the popcorn and terrible towels while I took the pictures).

The whale images in particular were quite exciting to make. There is a small number of people in the world who have come face to face with enormous blue whales and fin whales in the open ocean and managed to bring home publication-quality photographs to document the encounter. In other words, not only were the images tremendously exciting to make, they represent some of my proudest moments as a natural history photographer. Photographing these giants has been an ongoing project of mine for 17 years, and in spite of having very few opportunities to see whales this year I managed to make some of the best images I have ever made of these spectacular creatures, alongside my good friend (and skilled marine photographer) Mike Johnson.

Thanks for looking! Below are a few, and the rest can be found in my “New Work – October 2011 gallery” (that’s your cue to click on it). 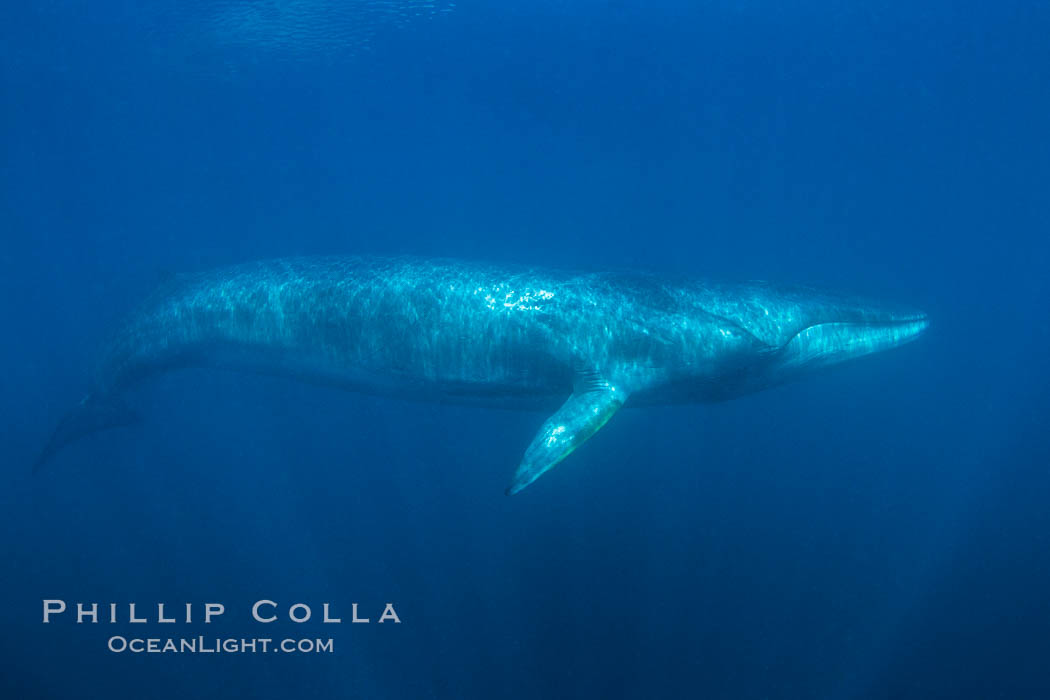 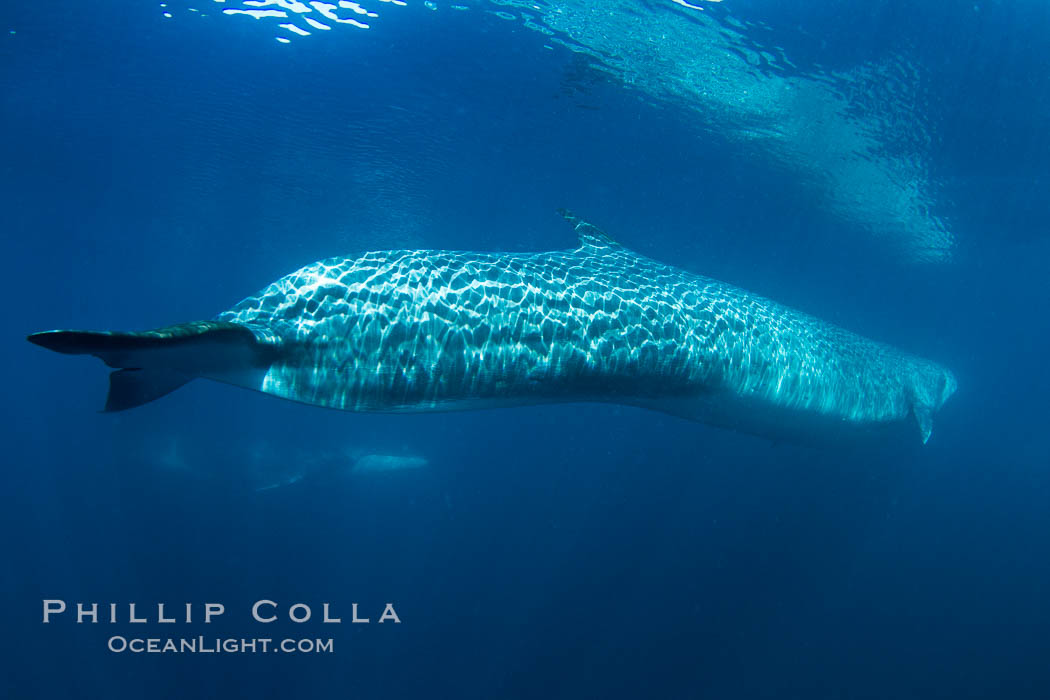 A humpback whale raises it fluke out of the water, the coast of Del Mar and La Jolla is visible in the distance.
Image ID: 27142
Species: Humpback whale, Megaptera novaeangliae
Location: Del Mar, California, USA 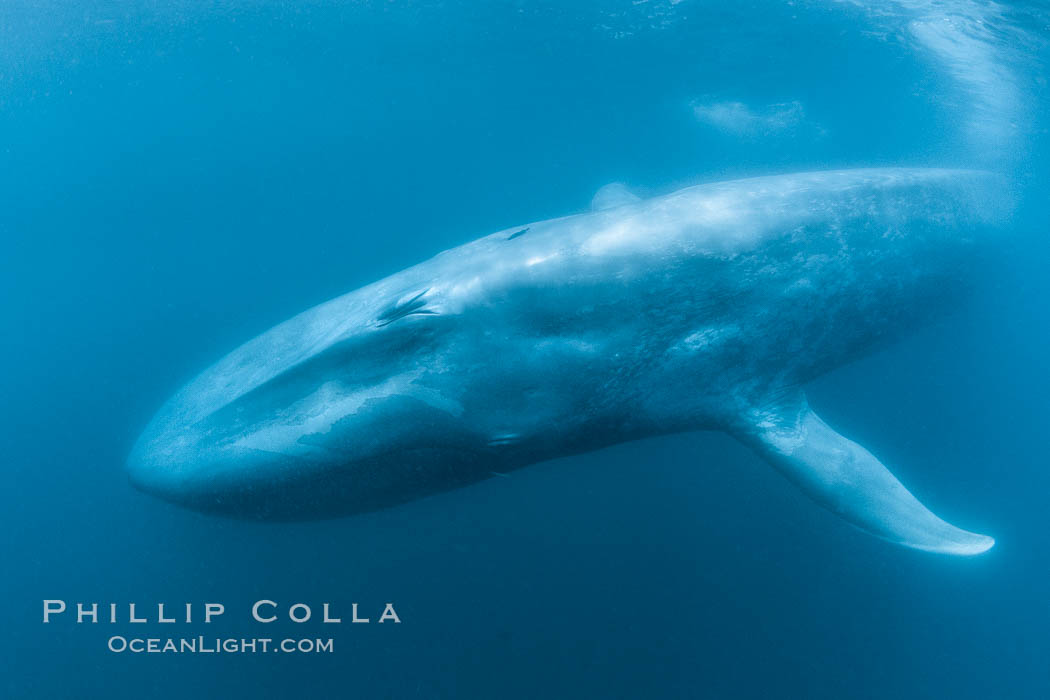 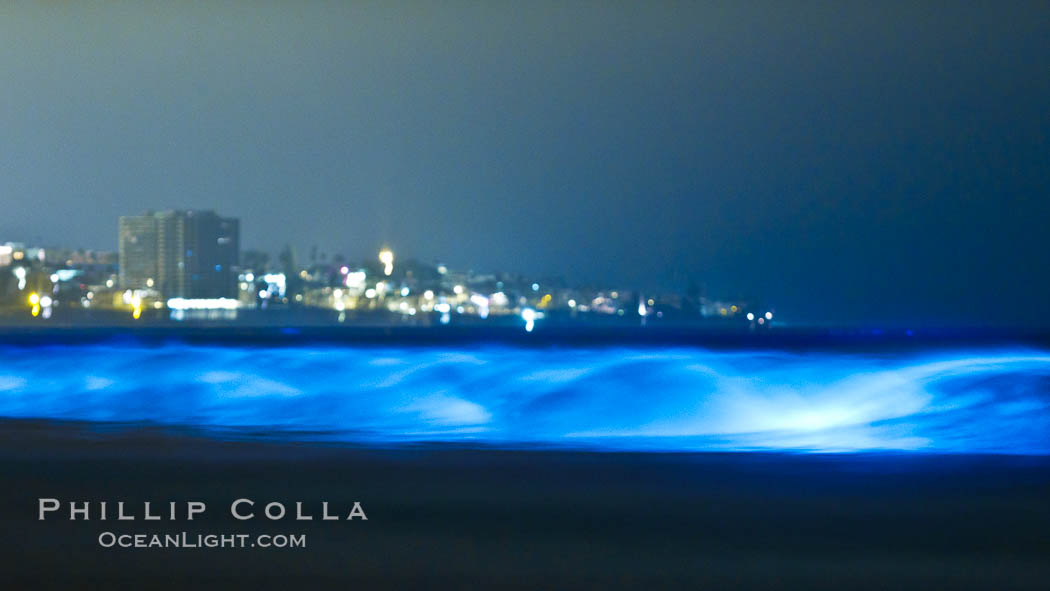 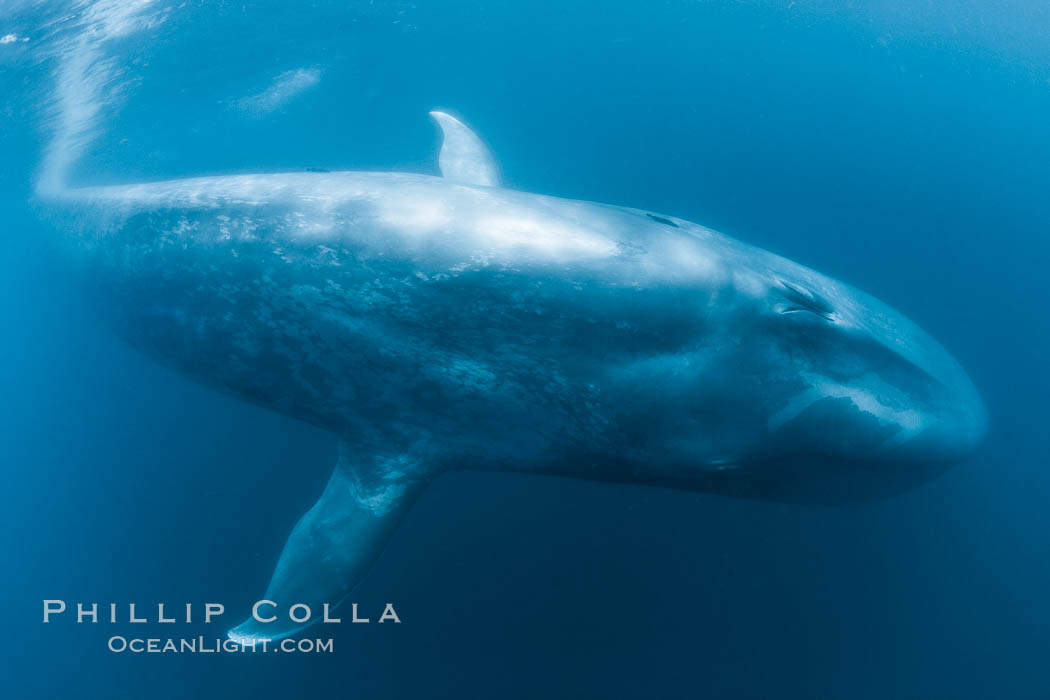 Blue whale underwater closeup photo. This incredible picture of a blue whale, the largest animal ever to inhabit earth, shows it swimming through the open ocean, a rare underwater view. Over 80′ long and just a few feet from the camera, an extremely wide lens was used to photograph the entire enormous whale.
Image ID: 27325
Species: Blue whale, Balaenoptera musculus
Location: California, USA 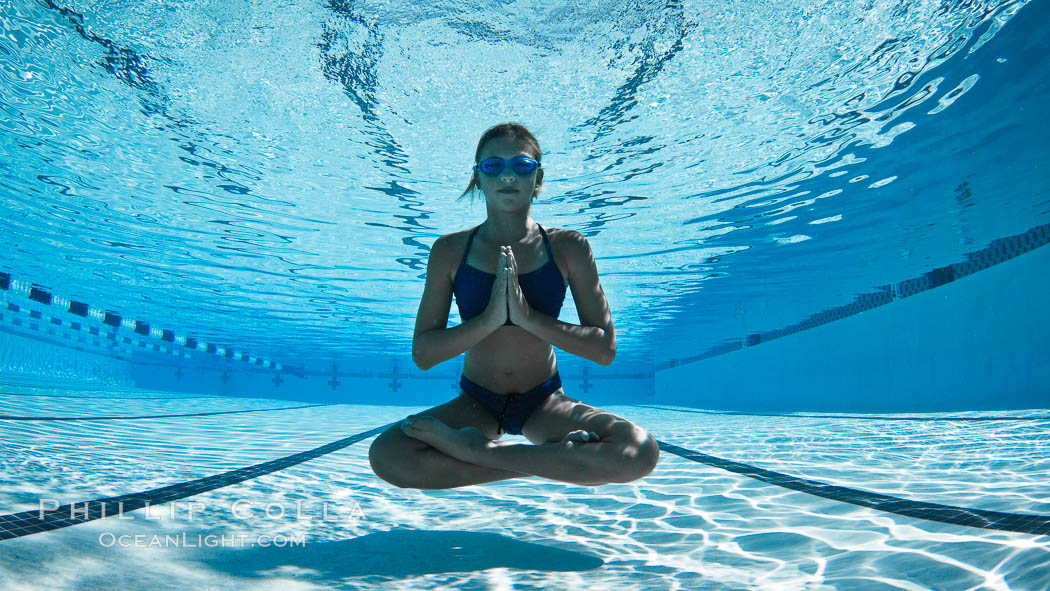 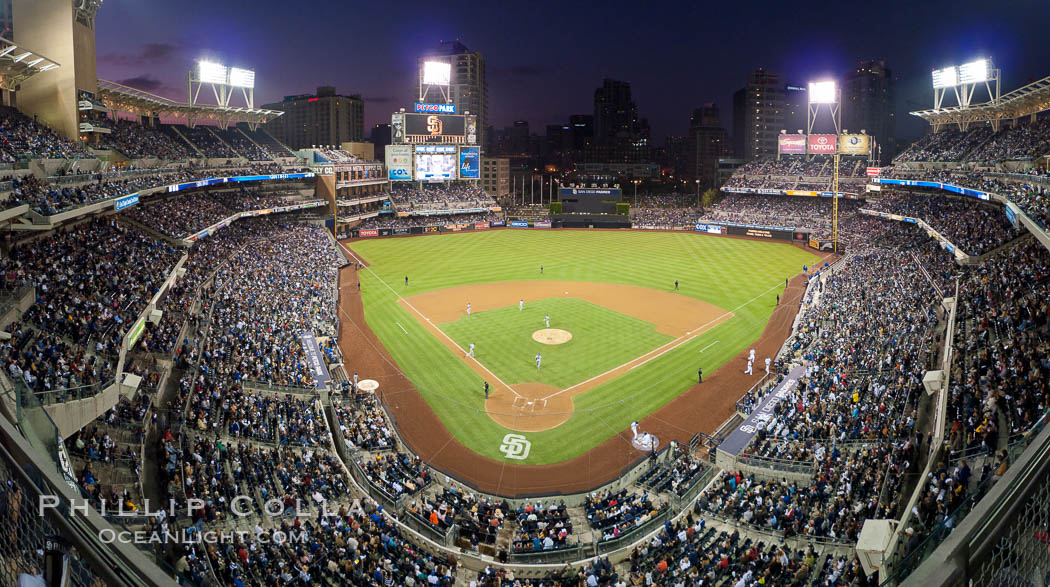 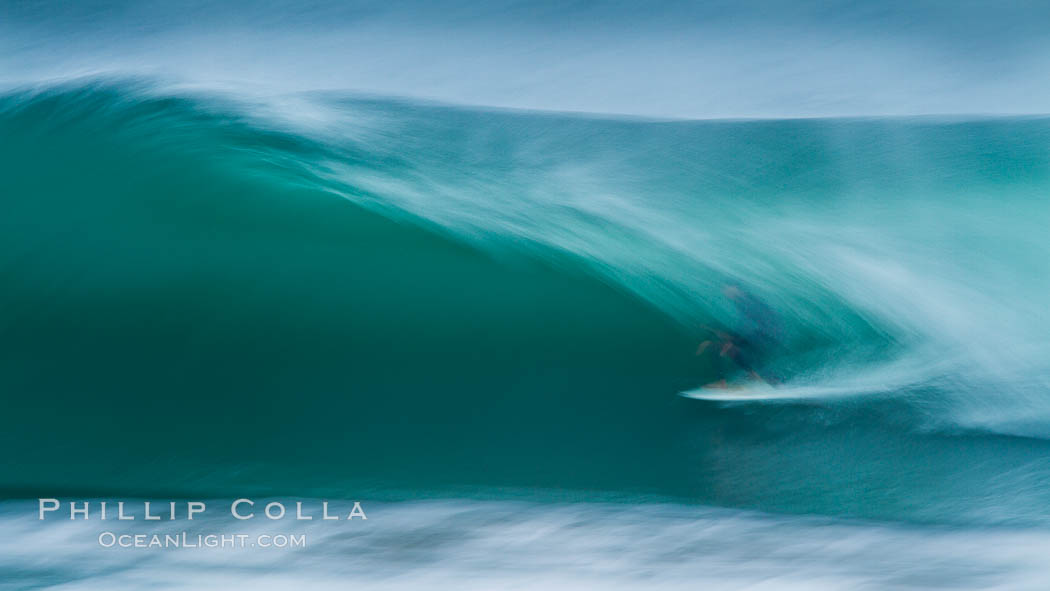