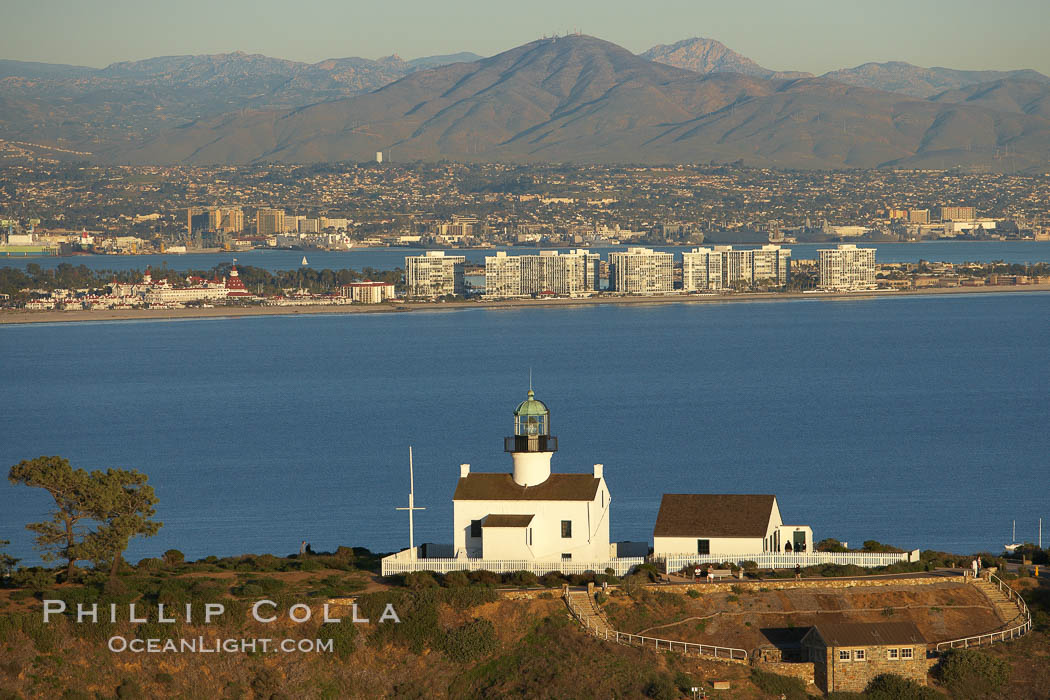 Old Point Loma Lighthouse, sitting high atop the end of Point Loma peninsula, seen here with San Diego Bay and downtown San Diego in the distance. The old Point Loma lighthouse operated from 1855 to 1891 above the entrance to San Diego Bay. It is now a maintained by the National Park Service and is part of Cabrillo National Monument
Image ID: 22301
Location: San Diego, California, USA