It looks like our run of clear mornings may be coming to an end for a while. I knew this change brought the potential for a colorful sunrise, so I made my way downtown very early and caught some great light and clouds over the San Diego City Skyline.  The change also meant the streak of perfect conditions for photographing seabirds in La Jolla may be interrupted, yet I took a quick look anyway. Sure enough, the light had shut down with clouds shortly after sunrise, which for me means things are done. There were a ton of birds spread all along the bluff, just a few yards or so in front of me (see panorama below). This is the usual situation I find when there are few or no other people on the bluff, but as soon as a group forms most of the pelicans may leave.  The crummy light meant there was little I wanted do with my camera, as in general I don’t want to shoot more overcast images and try to fool with them in Photoshop.  But one well-plumaged bird did have a perfect surf background — we have had some big surf lately — so I used a tad of strobe-fill and made two portraits that I ended up keeping pretty much straight out of the camera. Remember, when metering something like this surf that should be clean white, your meter should be reading considerable overexposure, perhaps as much as 1.5 or 2 stops. Some blinkies (clipping of the whites) are called for, especially since the histogram your camera produces is based on a JPEG and not the raw values, not to mention highlights can be recovered to a certain degree later in post.  Cheers, and thanks for looking! 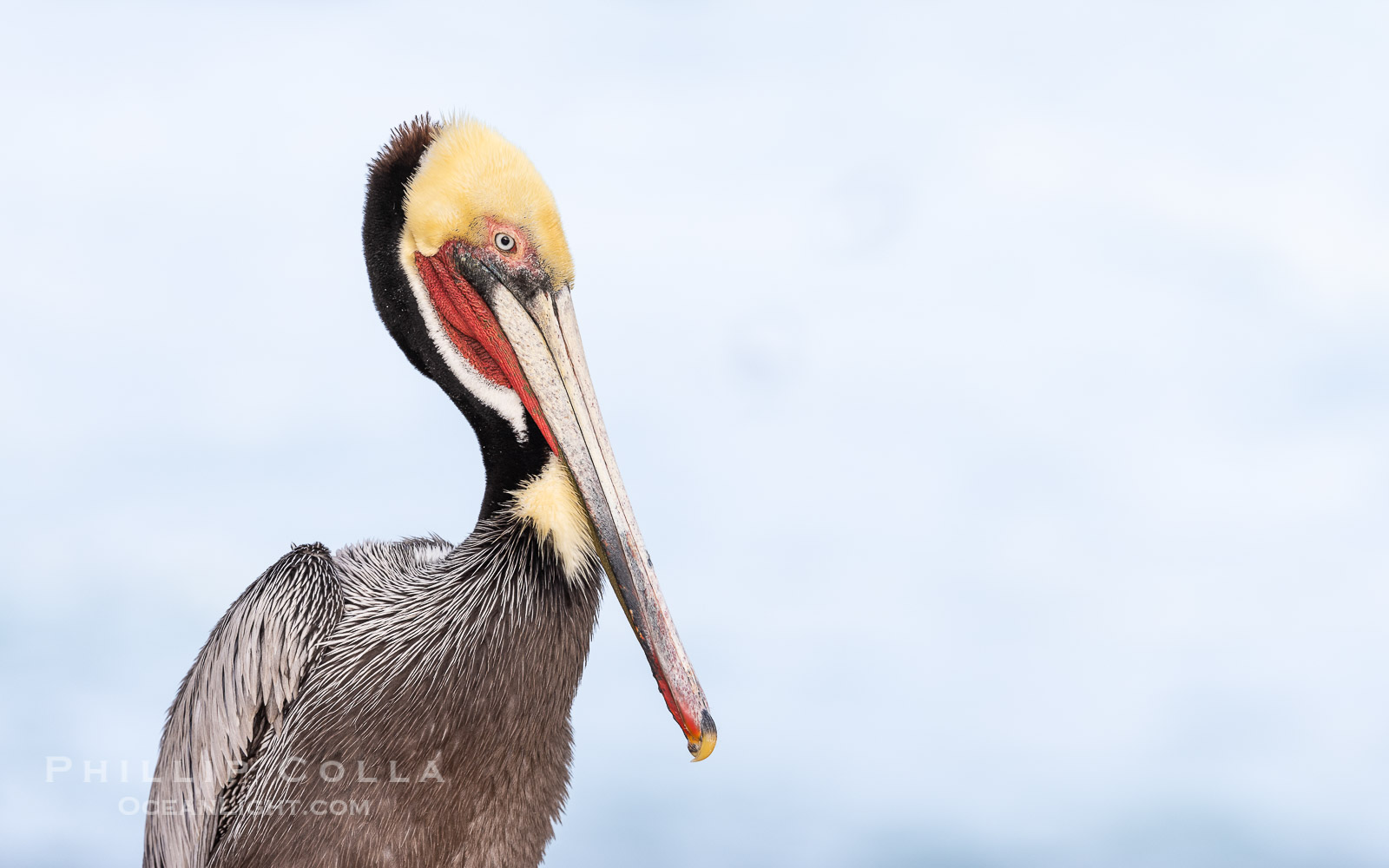 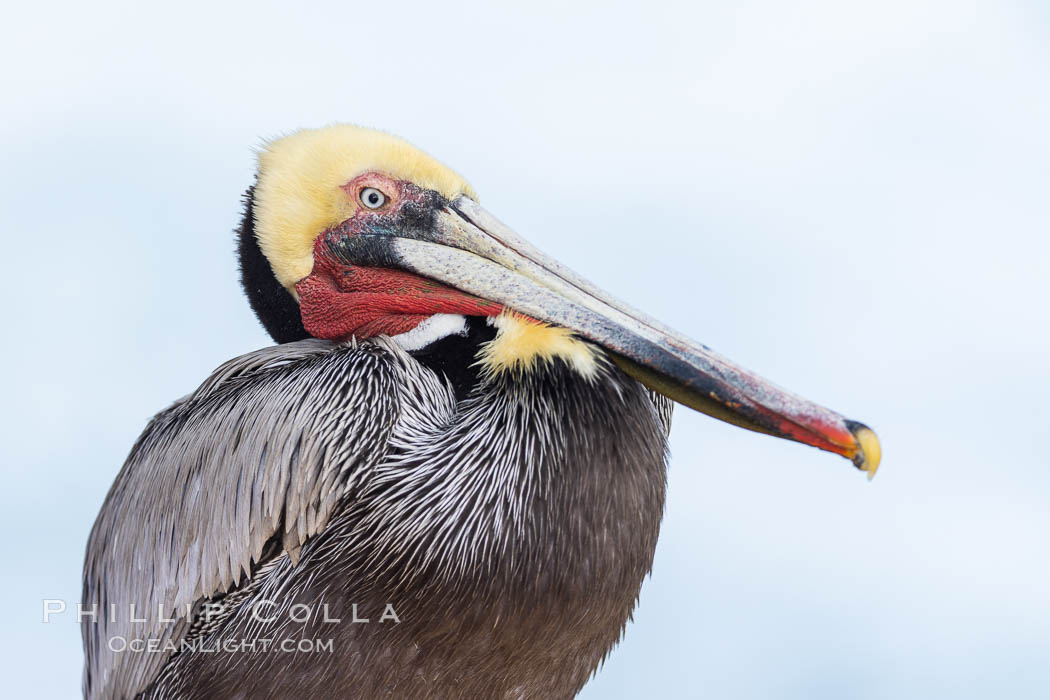 Preening, Seabirds and the Uropygial Gland