I recently made a short trip to Arches National Park to do some photography. One of the photos I made is a self-portrait, showing me light painting Delicate Arch at dusk with the Milky Way galaxy rising in the sky. I took this photo of Delicate Arch almost as an afterthought, but I am sure glad I did since I suspect it may end up being the most popular image I made on the trip! Since I posted it in June it has had over 16 million views. (16 million! That is more than any other photo of mine, I am certain.) Over the years I have often put myself in my photos, primarily because I want a souvenir for my personal scrapbook rather than because I intend to market the image for publication. However, two self portraits I have made, both of which curiously involve natural stone arches, have been well received so I think I should do more of them in the future: “Mesa Arch Sunrise“, which won the landscape category of the National Wildlife Federation’s photography competition a few years ago, and “Heavenly Arch” which appeared as the photo of the day last year on Earthshots.org. 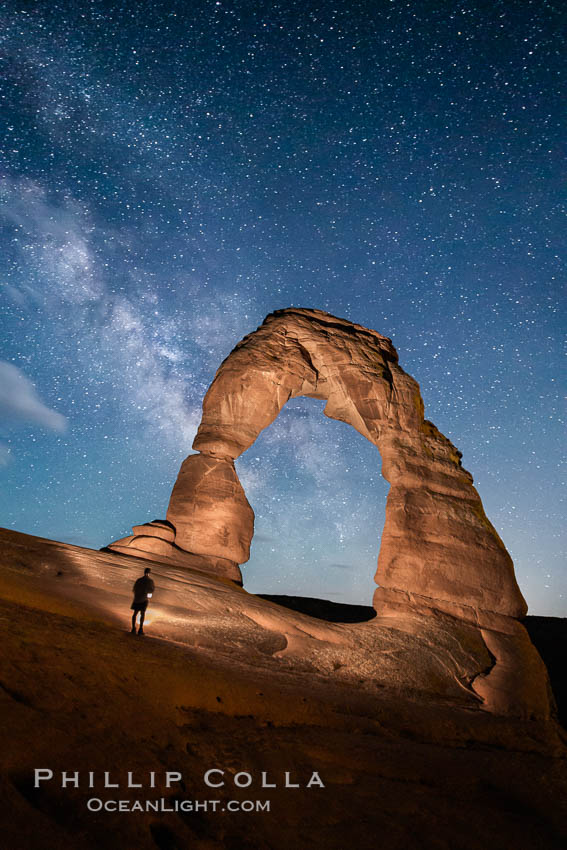 At least four light sources are mixed in this image: fading dusk (sometimes called blue hour), quarter moon at camera right, starlight and milky way glow, and my uber-mondo handheld light. Everyone else had left at this point. After I made this image I sat down and ate my dinner in the quiet while waiting for the moon to set so that I could expose for the milky way properly. It was pleasant some hours later hiking back to the car in the dark with only the noise of my boots, bird chirps and darting rabbits to hear — no voices. I used the super-clean Canon 5D Mark III and the very sharp Nikon 14-24 to make this image, along with a few other tricky pieces of night photography equipment. Cheers and thanks for looking!

Here is another image, which is the one I set out to make, photographed a short while later: 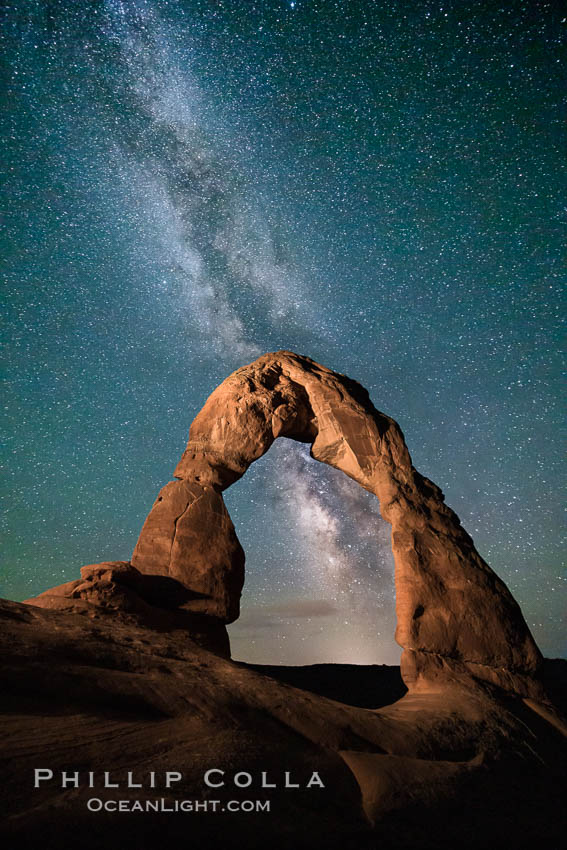