By adminSeptember 15, 2010Elk, Redwood
No Comments

The Roosevelt Elk (Cervus canadensis roosevelti) is the largest of the four surviving subspecies of elk in North America. Roosevelt elk are found in temperate rainforests and meadows of the Pacific Northwest, including Olympic and Redwood National Park. Only male Roosevelt elk grow antlers, which are covered in a skin-like “velvet” until the antlers are fully grown, at which point the velvet is shed. A bull, or adult male, elk shown below is shedding the last of its velvet. The antlers, which grow to 4′ long, are dropped each winter only to be regrown the following spring. We had a herd of wild Roosevelt elk near our cabin during much of our stay in Redwood National Park, much to the delight of my kids. One evening I was able to photograph them just a few feet from the back porch, occasionally leaving my camera on its tripod for a few moments to return to the BBQ and flip the steaks I was grilling and then go back to the elk for more photos. Thank goodness for high ISO cameras, my Roosevelt elk photographs were shot in very low light. 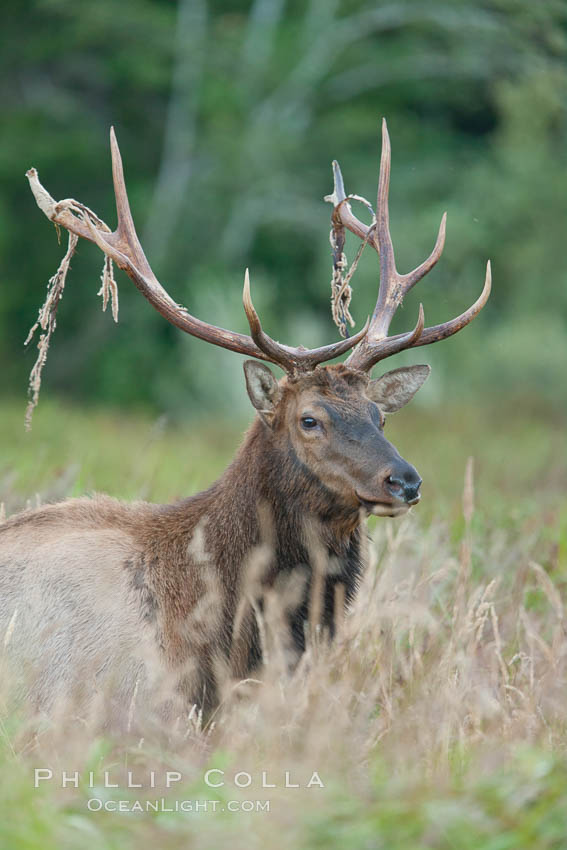