One our recent desert road trip, we found ourselves on Route 66 for a while. We passed some seriously forlorn-looking old eateries, defunct and barely surviving service stations, and some funky little communities that look like they are ever-so-slowly fading away. It was strange to think that before the interstate system was developed, Route 66 was one of the major travel arteries of our country. Now it is little more than a footnote and curiosity for old-timers and history buffs. 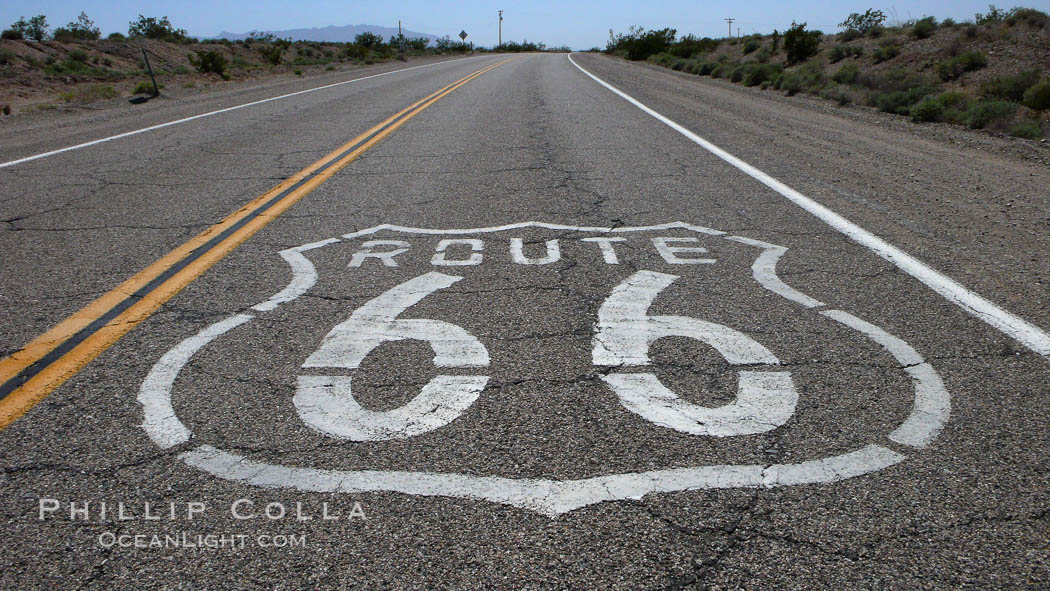 Route 66 (also known as U.S. Route 66, The Main Street of America, The Mother Road and the Will Rogers Highway) was a highway in the U.S. Highway system. One of the original federal routes, US 66 was established in 1926 and originally ran from Chicago through Missouri, Kansas, Oklahoma, Texas, New Mexico, Arizona, and California, before ending at Los Angeles for a total of 2,448 miles. US 66 was officially decommissioned (i.e., removed from the offical U.S. Highway system) in 1985 after it was decided the route was no longer relevant and had been replaced by the Interstate Highway System.
Image ID: 20567
Location: California, USA