On my way back down the coast from Big Sur I made a stop in Morro Bay for a bite, and to take a quick look in the harbor for interesting fishing boats, birds or otters. I didn’t see any good birds, and the light was overcast which made for poor photography of boats, but I went to my secret otter spot and lo-and-behold I found a raft of eight sea otters (Enhydra lutris), including three pups. This pup was constantly on the move, diving and swimming circles around its mother and making lots of loud chirping noises. In fact I heard him from far off before I even saw the otters. I hung out for about an hour trying to get some photos of the otters, but they were mostly resting, tied up in kelp to keep from drifting with the incoming tide. 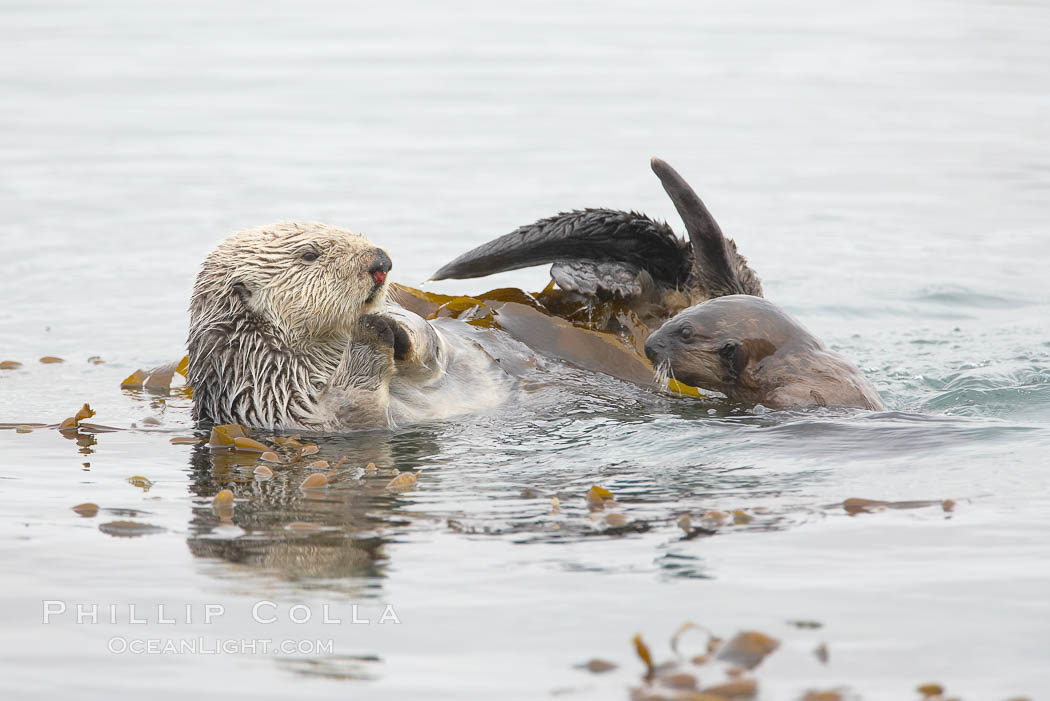 A female sea otter floats on its back on the ocean surface while her pup pops its head above the water for a look around. Both otters will wrap itself in kelp (seaweed) to keep from drifting as it rests and floats.
Image ID: 20434
Species: Sea otter, Enhydra lutris
Location: Morro Bay, California, USA

Photo of a Brown Pelican Preening