While in Seattle this past summer, I made a quick trip to Kerry Park on Queen Anne Hill to catch a view of the downtown Seattle City Skyline. I was hoping to get some nice Space Needle photos. When I arrived I was surprised to find 50+ photographers there, at least an hour before sunset, with more arriving every minute. As it happened, my visit coincided with the only day of the year in which the rise of the full moon occurred directly behind the Space Needle as viewed from Kerry Park. Some of the people said they had been planning to shoot this for months, and one eager-beaver with a 600mm lens who shot the same phenomenon the previous year went so far as to combine lunar tables and geographic software to predict above which building the moon would first appear. My stumbling upon the alignment of moon, Space Needle and clear weather was fortunate indeed. The saying goes that “even a blind squirrel sometimes finds a nut” and this sure proved true for me. I hung around and waited for the moon to make its appearance, and then shot a series of frames. By the time I left there were probably 300+ people at the park having a great time, partying in the street, relaxing and enjoying the superb weather. A nice evening, to be sure. I left with some nice Seattle skyline photos.

Here there is still a bit of daylight left, at dusk: 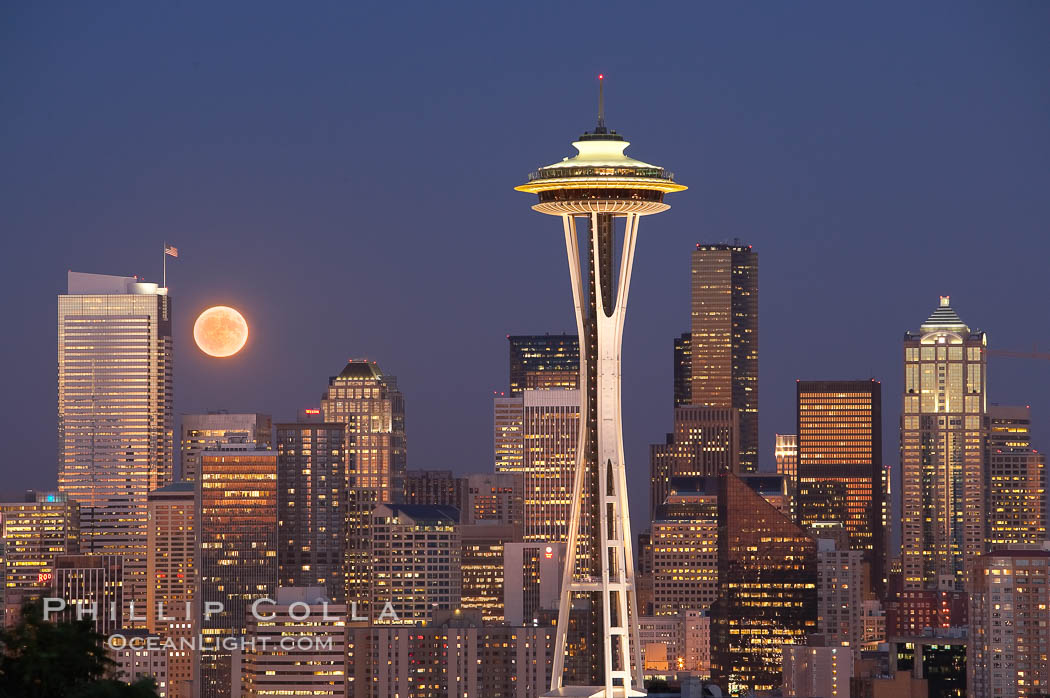 A while later, all that is visible are the lights of the city, spotlights on the Space Needle, and the moon: 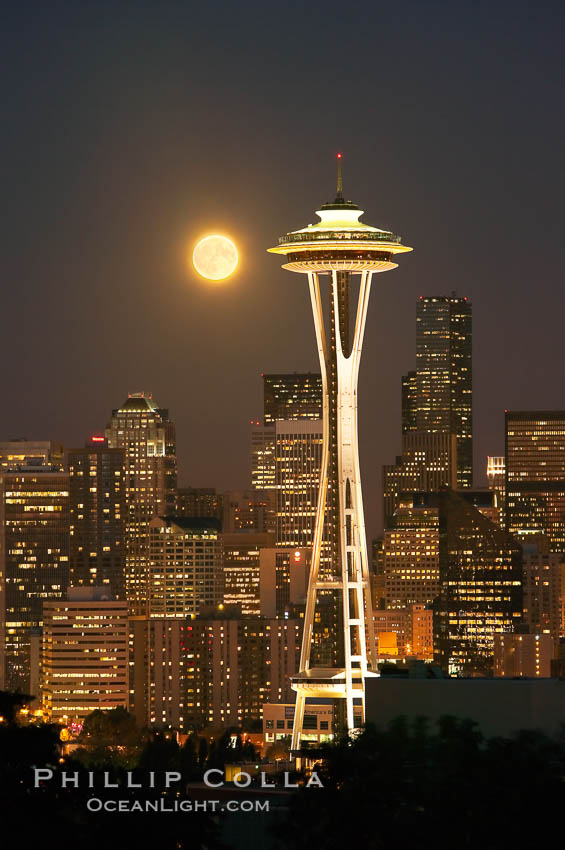