Midday at Bosque del Apache National Wildlife Refuge is, for photographers, pretty slow. The bird flight activity seems rather low and the light is harsh. We would return to Socorro for midday, to have lunch, clean up, and catch up on reading the news or having a nap. We would then head back to the refuge about 2:30 or 3pm to take a look at where any geese or cranes might be gathered, assess the winds and make our best guess as to where we should locate ourselves for sundown. On this particular day we found ourselves at 3pm at the south corner of the southernmost crane pool, watching the snow geese (Chen caerulescens) as they would take off in groups of a few dozen at a time. The high thin clouds, given a little pop in this photo with a polarizing filter, would provide some incredible color at sunset just a couple hours later. 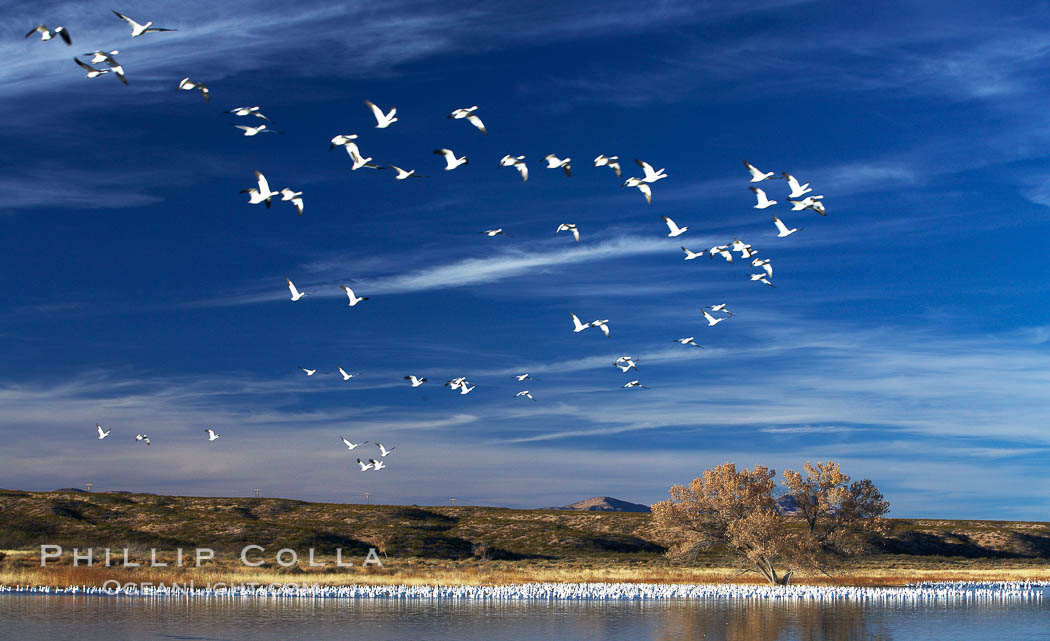