While in Argentina recently to photograph southern right whales, we had a stretch of unfavorable weather with winds too high to get out on the water. So we drove from Puerto Piramides to Punta Norte and Caleta Valdes to check out the Magellanic penguins (which were just starting to arrive at their rookeries after swimming north from the southern ocean) and southern elephant seals.  We were fortunate to have Hector Casin with us.  Hector has spent years working with and observing all of the wildlife of Peninsula Valdes and he noticed one female elephant seal who was exhibiting signs (that we could not see) that she was about to give birth. Hector let us know and sure enough within a few minutes she had borne her pup.  Shown first below is an image of the pup emerging tail first, with its head still wrapped in placenta and its fore flippers still folded tightly against its body as it was in the womb.  Next is an image of the pup literally taking its first breath having pulled its head out of the placenta to free its mouth and nostrils to breathe just a moment before.  It did so without any assistance from its mother.  I have seen elephant seal births a number of times in Central California, and as it was with this southern elephant seal it is special to witness each time.  Cheers, and thanks for looking! 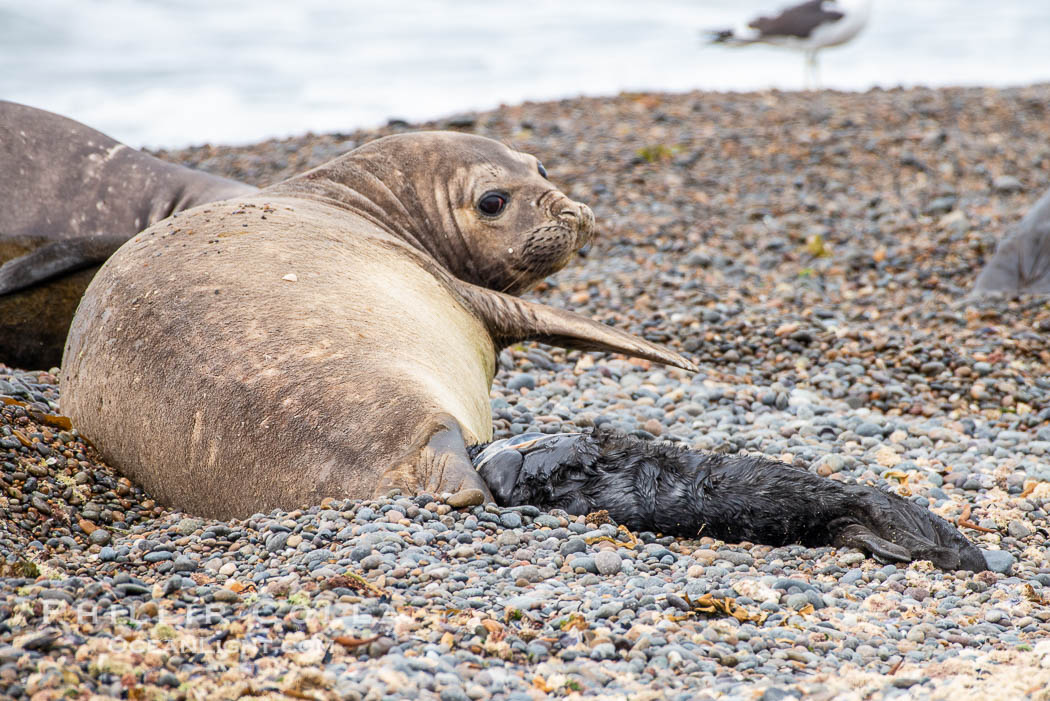 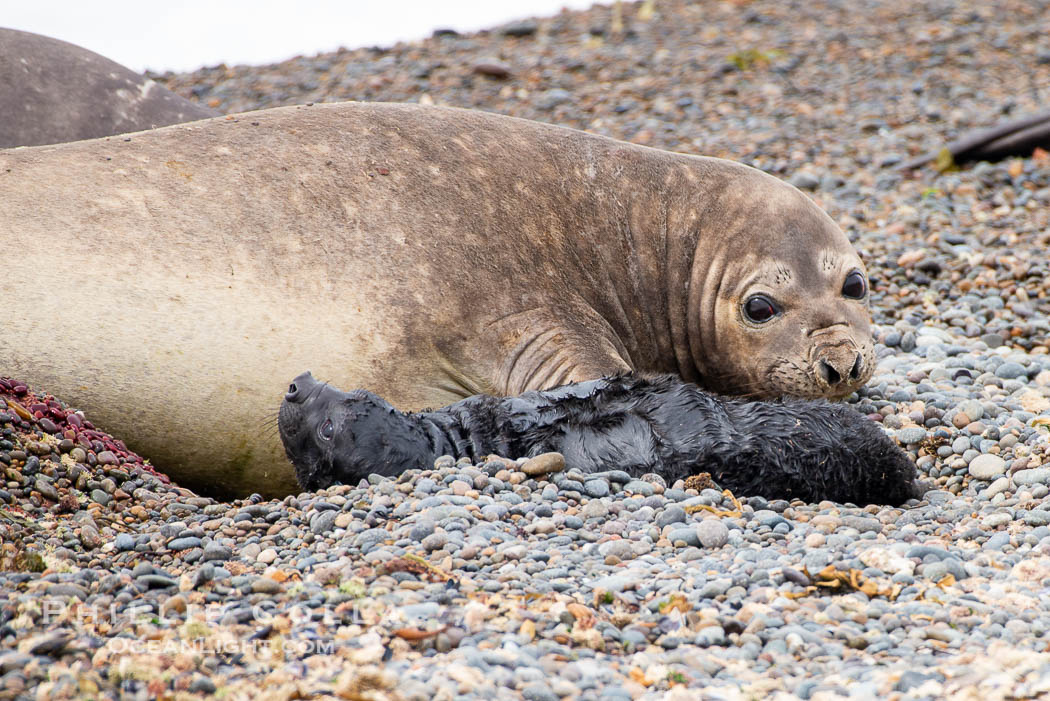 San Clemente Island Underwater: a Symphony of Sea Fans, or, Gonzo for Gorgonians