Photo of the Second Wave

By Phil CollaApril 28, 2008March 8th, 2020Arizona, The American Southwest, The Wave
No Comments

The Second Wave is found a few hundred yards from the Wave itself. While the Second Wave is characterized by striated sandstone in the same way that the Wave is, beyond that it is quite different in appearance, having a half-hourglass shape and being somewhat lighter in color. For photography the best light on the Second Wave occurs just before the sun sets behind the hills to the west, setting the ridges and striations in strong relief: 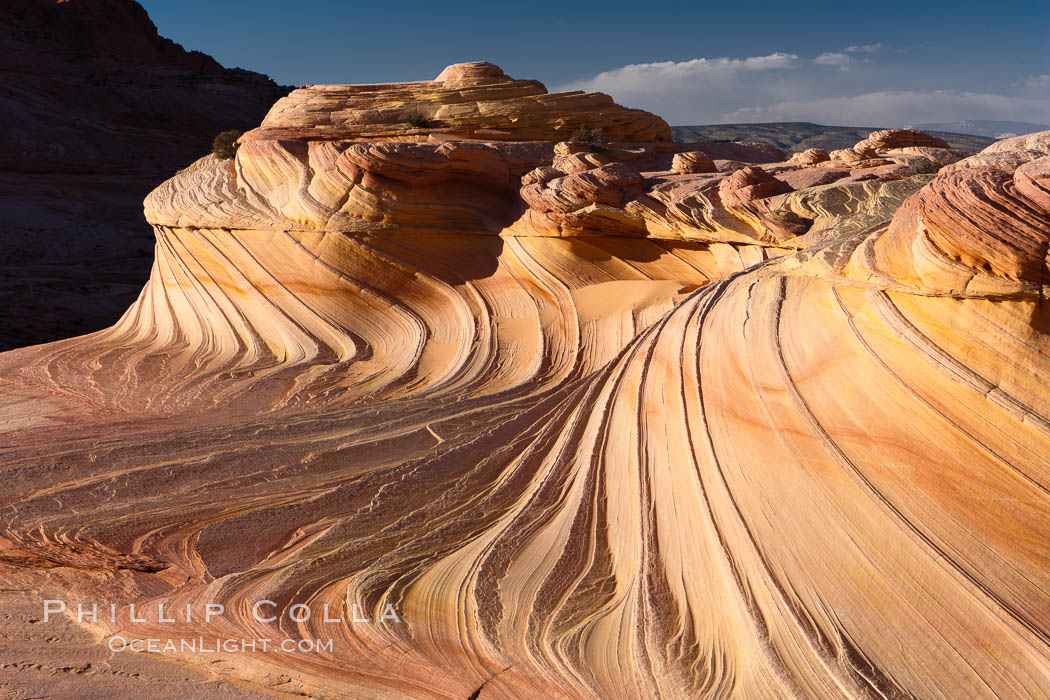