Photo of the West Maui Mountains

We spent a good part of seven winters working with Dan Salden, studying humpback whales (Megaptera novaeangliae) in the basin and channels between Maui, Molokai, Lanai and Kahoolawe islands, occasionally visiting the weather side of Lanai or the rugged, waterfall-laden backside of Molokai. Each morning we would set out from Lahaina harbor and motor as far as the wind and our sunscreen allowed, gradually returning to Lahaina throughout the day as the trades clocked around the West Maui mountains and filled in on the Auau channel, creating a windline to force us back. A typical day would have us on the water from about 9am until 3pm or so, most of it in the lee of the West Maui mountains. I never grew tired of seeing those mountains, the remnants of a long extinct volcano, rise above Lahaina and the communities of Kaanapali, Kahana, Napili and Kapalua, the cane fields at Olowalu and above Honolua Bay. 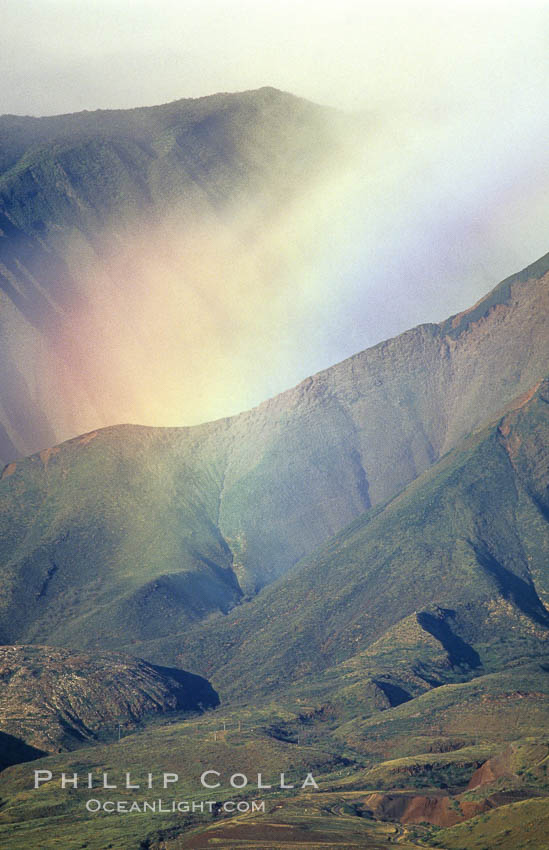 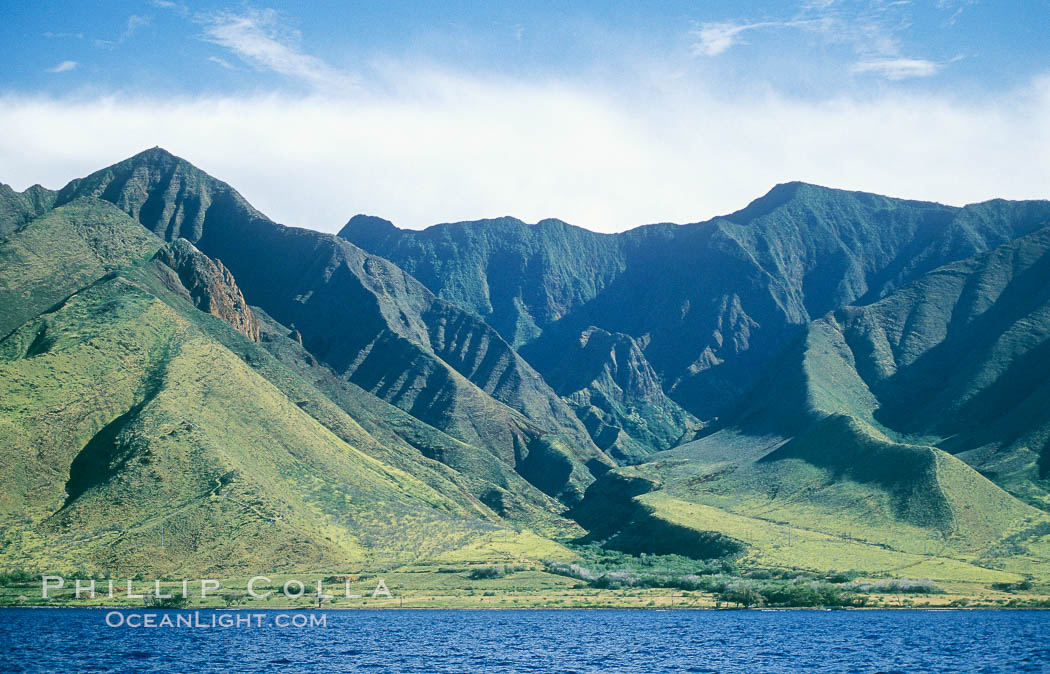