I went up to Joshua Tree National Park to watch the lunar eclipse of April 4, 2015. Photographically, I was not sure what I was going to do. I’ve made a series of lunar eclipse sequence images (lunar eclipse October 8, 2014 and April 14, 2014 version 2 version 3). While these images are visually appealing and challenging to make well, I really wanted to do something different for this eclipse, push the creative comfort zone so to speak. Fellow photographer Garry McCarthy and I mulled over some ideas on the drive up to Joshua Tree but after arriving I was still at a loss. I deliberately left my 500mm lens at home so I would not fall into the trap of trying to photograph closeups and sequences that way. In fact, I brought my fish eye lens to force myself to look for something different. We headed to the arch, a spot we often go to for night photography and the place at which Garry (with some help from me) originally planned and executed the “Milky Way Arch over Arch” photo, which we have subsequently re-photographed in many variations over the years. A little pondering, a pause for a Santana’s chicken burrito, some crawling around on the rocks looking for angles, and then thankfully I had finally had an idea for a different kind of sequence and a different angle on the arch. At least something to try. 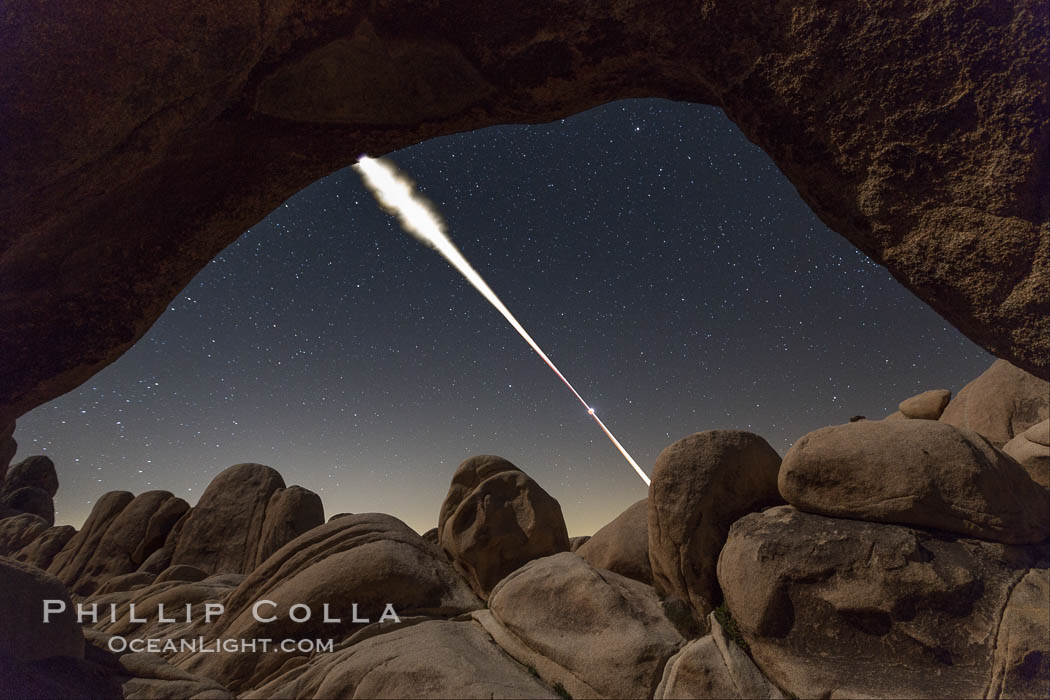 I wanted a composition that told the story of the entire eclipse from start to end in one photograph, and in which the Joshua Tree NP setting was clearly evident. I recalled the exposure settings I had used during the last eclipse and realized that the variation of the moon’s light is too great to capture with just one exposure setting, but that could work to my advange in depicting the entire smooth path of the moon through the sky. I took a wild-ass-guess at the best aperture, shutter and ISO to use, set up my camera on a small tripod wedged into some rocks, turned on the intervalometer and let it go all night. The result is the following composite image, depicting the moon from about 1am until 6:30am, including the lunar eclipse from when it began at 3:15am until it set behind the rocks in the distance. The frame is “Arch Rock”, but in an unfamiliar angle. 890 individual images were taken to make this image. The stars and eclipsed moon are shown at about 5am, when the eclipse was at its “peak”, the moon being in its “blood red” phase and lit only by indirect, refracted light passing through the Earth’s atmosphere. The color of the moon is indeed red in the full res version but its hard to make out on the web. The path of the moon is flared toward the top due to high altitude clouds which were passing by, but as the eclipse began the skies cleared and the moon’s path through the sky becomes smoother.

We also realized that during the eclipse, the milky way would become visible, something that is typically impossible to see during a full moon. In fact, the strength of the moonlight would gradually fade in such a way that we could wait for it to exactly match the milky way and starlight above, allowing us to photograph the arch lit by a perfect amount of moonlight, right at astronomical twilight when blue just begins to appear in the sky, without resorting to using any artificial light at all. The result was this image: Milky Way over Arch Rock during Lunar Eclipse of April 4, 2015. (Note: I think this is the highest quality panorama of this scene I’ve ever photographed, and I’ve practiced it many many times. It will print 4.5′ by 7′ with no interpolation.) 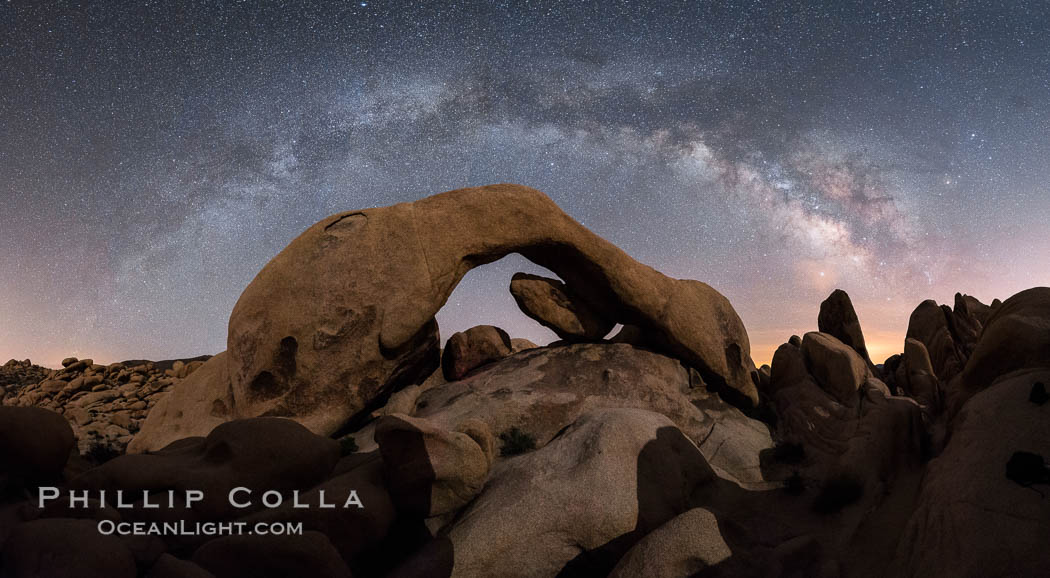 We were also treated to a 22° lunar halo an hour or so before the eclipse occurred. Often mistakenly called “lunar corona”, the lunar halo forms when moonlight refracts through hexagonal high altitude ice crystals. As no light is refracted at angles smaller than 22° the sky is darker inside the halo. It formed a complete circle for about 45 minutes. We were freezing our asses off and, while this was a superb distraction, once it was gone we still had to wait and freeze until the eclipse began. Why is it still so cold in the high desert in April? 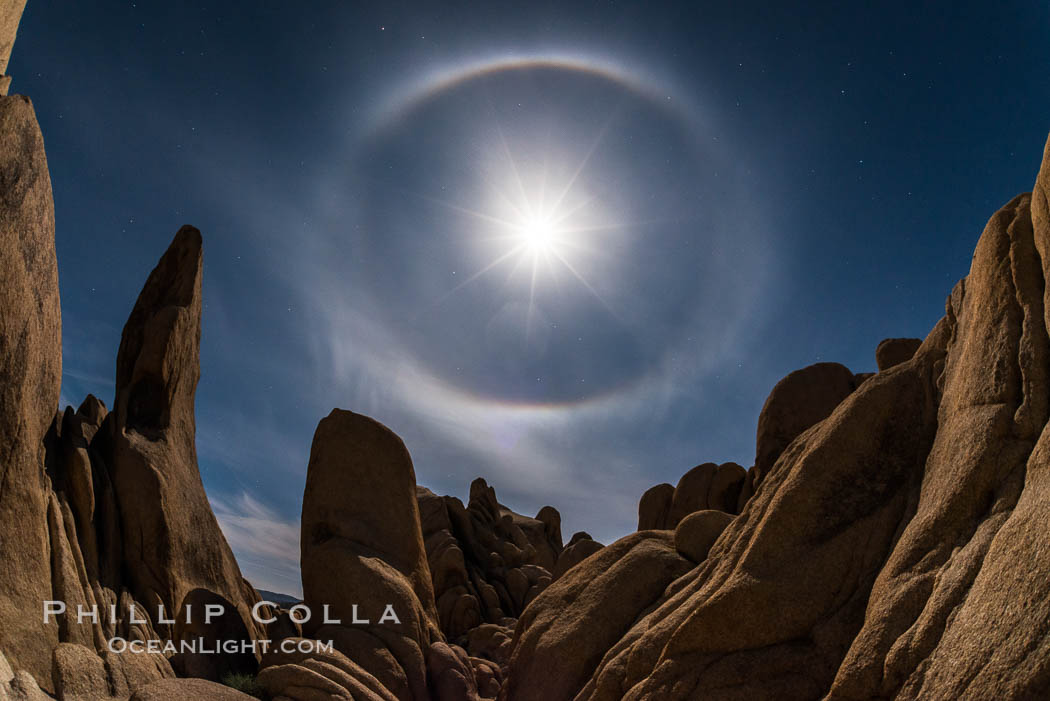 Cheers and thanks for looking! 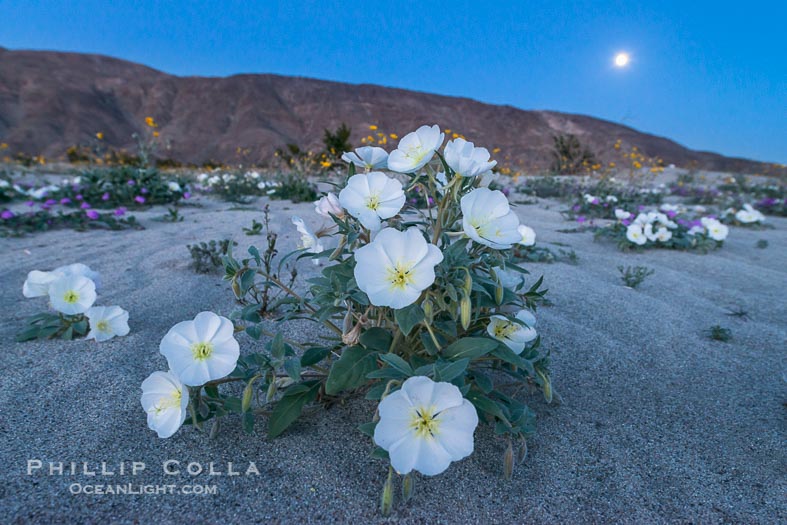