Aerial Panorama of Bird Rock and the La Jolla Coastline

Aerial Panorama of La Jolla’s Bird Rock, with surfers in the water at lower right. Submarine reefs, characteristic of the La Jolla coast, can be seen through the clear water. Mount Soledad rises above everything. This 180-degree panorama extends from Camp Pendleton in the extreme distance to the north to Point Loma in the south. The resolution of this image will permit it to be printed 80″ high by 200″ wide with no interpolation.

In March and April I made a series of flights to photograph many of San Diego’s prominent coastal features. (Yesterday I described one flight focusing on making aerial photos of San Diego’s Marine Protected Areas.) During their spring breaks, my daughters and I hired helicopters a couple times with the goal of adding to my collection of aerial photos of San Diego, trying something new. The pilots and I discussed the plans before taking off, and we gave it a shot. Making an aerial panorama is very difficult to get just right. The technique used in the sky is important and requires a good pilot and the right conditions. Lens choice is important as well, otherwise distortion will affect the resulting image considerably. And obtaining a perfect result, with no “stitching errors” or gaps, requires a degree of patience, several pieces of software, and some trial and error. I spent days assembling these panoramas, and hope to see them reproduced at enormous sizes once the right opportunity presents itself. This is the first of several I will post over the coming days. Cheers and thanks for looking! 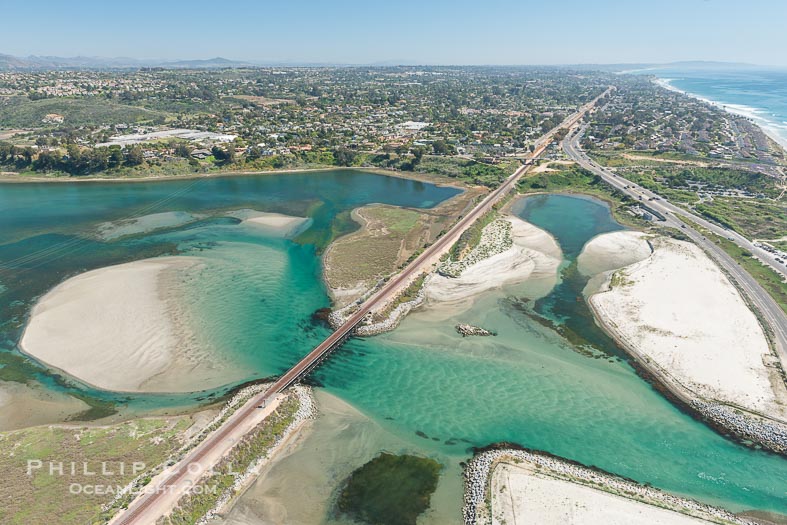