Point La Jolla is the ideal place in La Jolla to watch the sunset. Flanked by Ellen Browning Scripps Park and the La Jolla Bridge Club, the point offers views north past La Jolla Shores and Torrey Pines State Reserve and west over the ocean.  Sea lions are usually found on the rocky point itself or body surfing in the waves at Boomer Beach just below.  Here are a few of my favorite late afternoon and sunset views of Point La Jolla from above, looking back on the point, the Village of La Jolla (see the pink Empress Hotel?) and Mount Soledad.  As with my other aerial panoramic photos, these are highly detailed and will print large (think 6′).   Cheers, and thanks for looking! 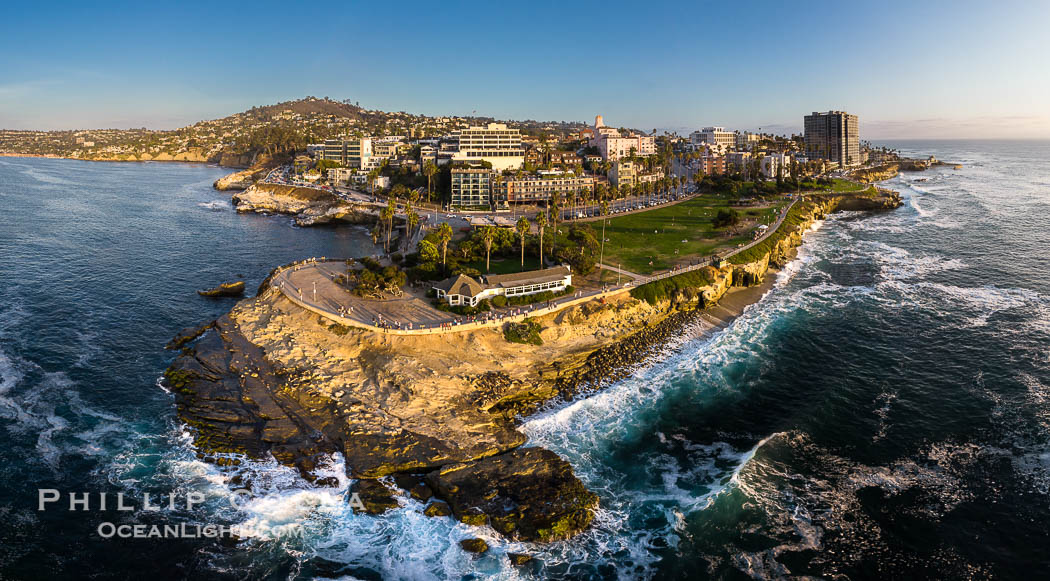 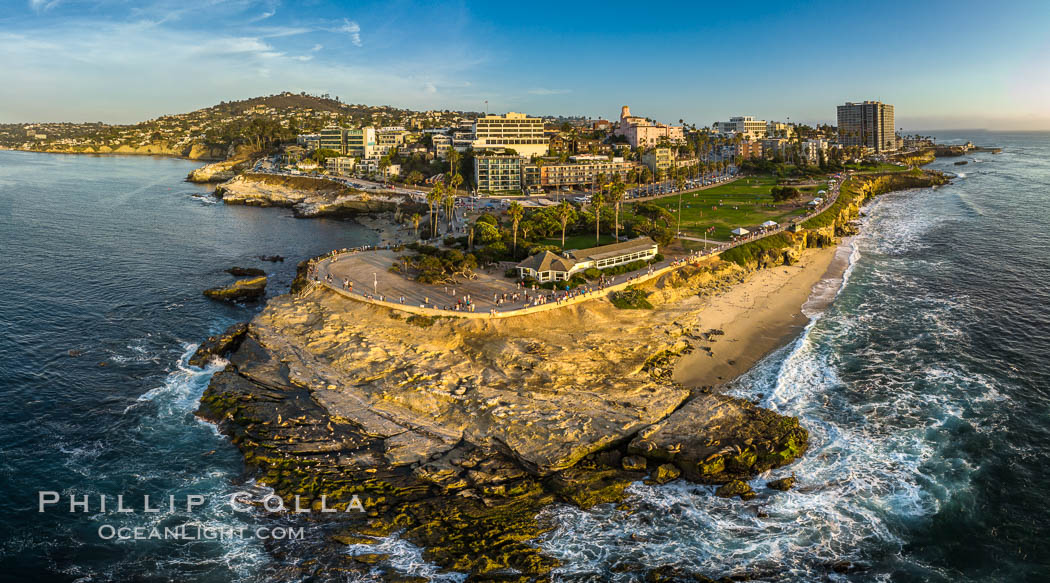