Back in the Saddle

After a hiatus of almost four years away from the SCUBA gear, I decided to take a 3-day dive trip on my favorite vessel, the dive boat Horizon out of San Diego, for some diving at Catalina Island, Santa Barbara Island, and San Clemente Island. I got my regulator serviced (its last dip in the water was at Roca Redonda in the Galapagos in 2006) and found I had a leak in my BC. What the hell, my BC always leaks. I begged a computer from Skip since the batteries in my Neanderthal computer were totally shot. I used to make hundreds of tank dives each year at these three islands, yet after such a long time off my confidence was at an all time low. The first day of the trip was Friday the 13th, an ominous sign indeed! Would my air tank blow up? Would my regulator backfire and spout sea water down my throat? Would I forget how to read a dive computer and confuse the depth and air pressure readings? Would I forget to put my fins on before jumping in the water? Would my camera housing implode? As it turned out, none of these things happened. I simply made a bunch of regular old dives in the kelp forest and shot some photos.

Ken Howard flew down to join the trip as well. Ken and I were supposed to be with Skip on a different trip in Baja, but since the necessary conditions did not develop that trip was cancelled. Ken and I already had the time off, so we decided to make the most of it by taking a trip on the Horizon. The Horizon had been chartered by Dive Animals. This trip’s group was relaxed and fun to be with, as were each of the previous Dive Animals groups I have had the pleasure of joining in past years. 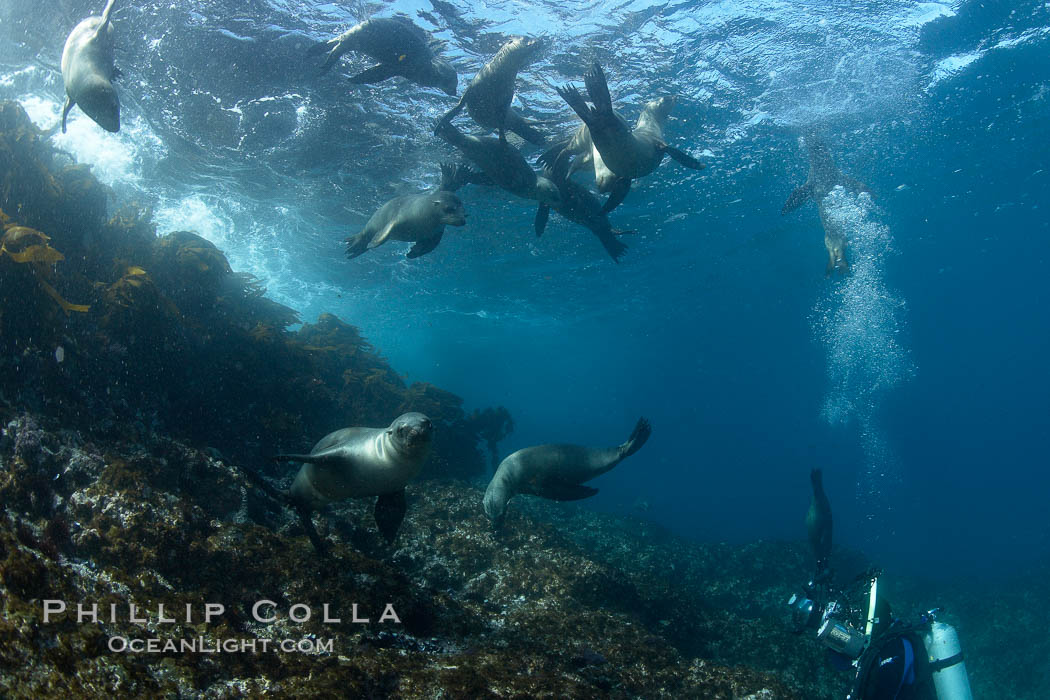 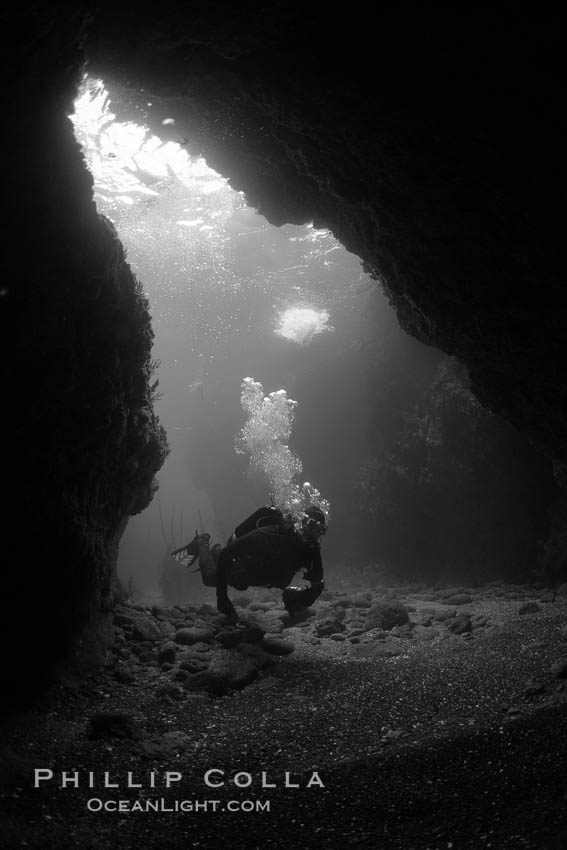 We began the trip at dawn on Friday on the lee side of Catalina, diving at the Quarry, Geigers and Bird Rock. The water was relatively warm and calm, and visibility was good enough to make some photos with a very wide lens. (The wider the lens, the clearer the water appears to be.) A night crossing brought us to Santa Barbara Island on Saturday. Winds constrained us to dive on the southwest coast of Santa Barbara Island only, however a superb group of young sea lions made the diving really fun. Saturday’s final dive was near a large cavern, a 100′ long swim-through underwater tunnel punctuated with several chimneys to the surface that allowed shafts of light to cut through the otherwise dark tunnel. Sea lions cruised through in the dark and nipped at my gear a few times. Another night crossing put us at San Clemente Island on Sunday. Fortunately, San Clemente Island is large enough and shaped such that it is almost always possible to find a lee shore, and Sunday that shore was in Pyramid Cove, home to spectacular kelp forests. The water was calm, warm and pretty clear, and I shot a bunch of photos of gorgonians. Flat seas on the way home put us in San Diego by about 8pm. A great trip. 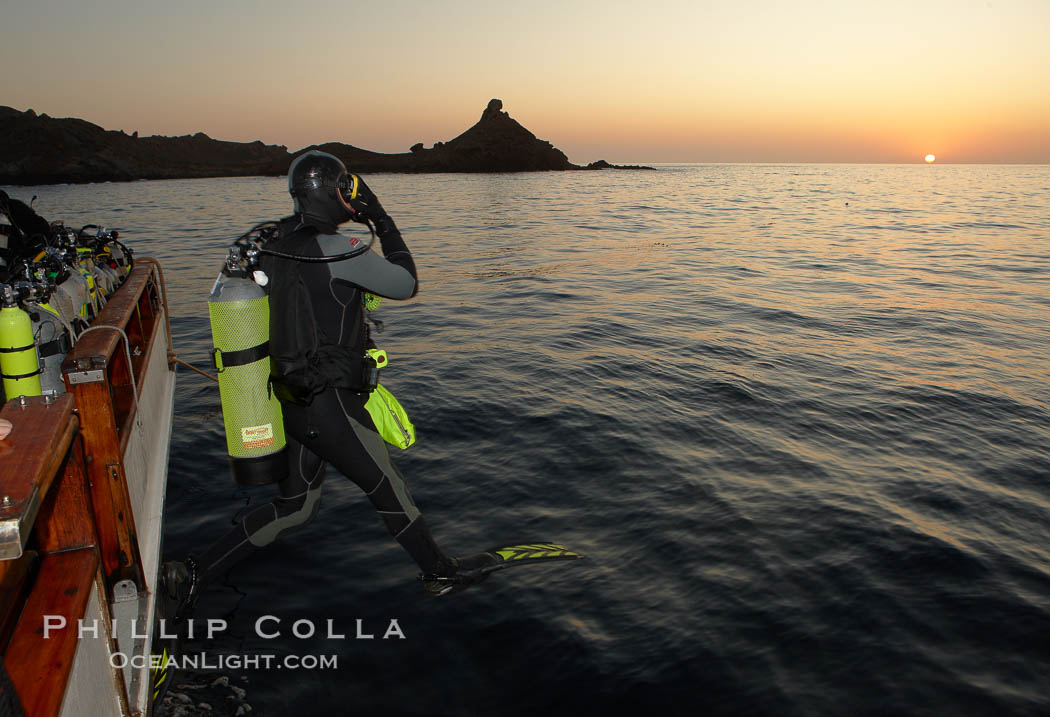 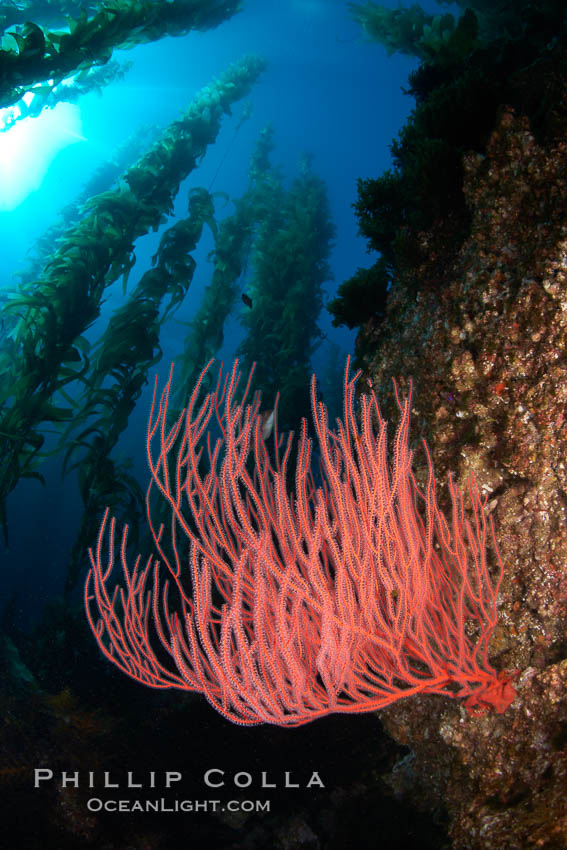