Bosque del Apache National Wildlife Refuge is famous for its early morning “blast off”, a stunning event in which thousands of snow geese (Chen caerulescens) take to the skies. It does not happen every morning, nor does it happen at the same time on those mornings on which it takes place. Sometimes it occurs in near dark, while other times it happens after the sun has arisen. The snow geese will rest on still ponds overnight. As dawn approaches and light grows in the east, the geese will increase their calls. It sounds like a gigantic buzzing, passing through the flock, rising and then quieting only to rise again minutes later. Eventually, one goose is startled into flight, perhaps by an approaching coyote or hawk, in such a way that all its neighbors join it, and the blast off begins. Like a wave, many thousands of geese will rise, with a chaotic sounds some have likened to a passing train. Passing overhead, the geese make their way afield in search of foraging opportunities or simply to settle down again at another pond. 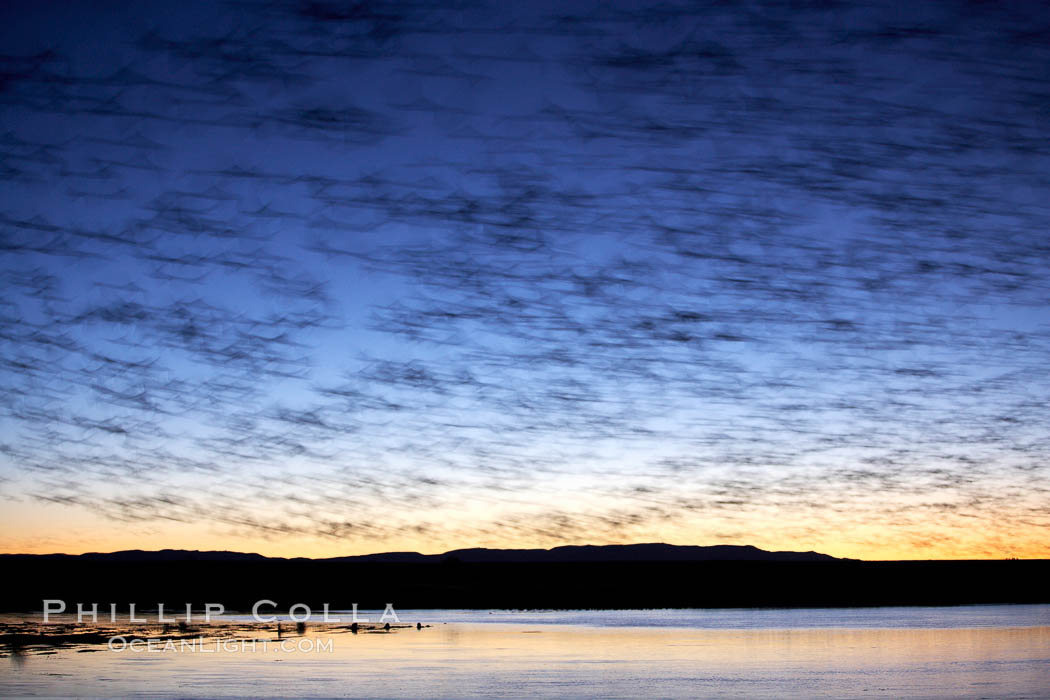