White Pocket is a relatively large area compared to, say, the Wave in nearby North Coyote Buttes. When I was there with some buddies in March, I saw many compositions that looked appealing but was unable to make photos of them in the little time we had when the light actually “got good”. The brain rocks area at White Pocket is amazing, some of the best examples of brain rocks I’ve ever seen, so I spent a good portion of my time there framing them up. This was taken just after sunset, when the cloud formation above the rocks was most interesting. Could these in fact be sections of some enormous central cortex: the temporal lobe and parietal lobe of some ancient underground fossilized Homer Simpson whose skull — the only part of him still above ground — was lobotomized by the howling winds of the American Southwest? And also, why did I just say that? OK, that was weak but these rocks are so cool they are known to cause photographers to wax poetic and say innane things at times. I can’t wait to return to White Pocket, its awesome. 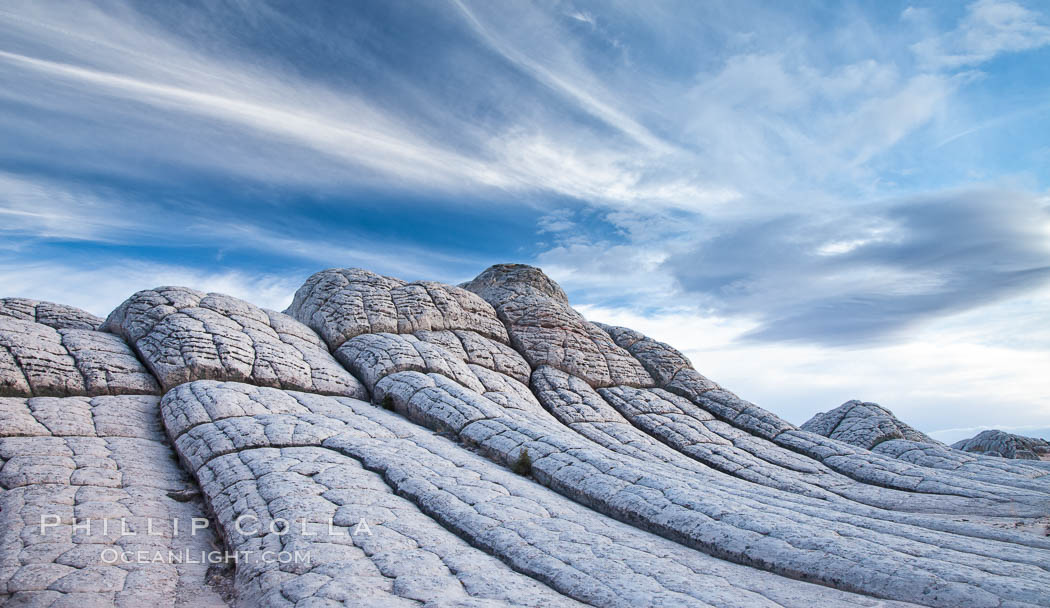