The bull elk (Cervus candensis) I photographed one afternoon near Mammoth Hot Springs is seen here bugling, an audible cue and a form of posturing intended for both his harem of females and nearby males, meant to establish his dominance and access rights to the females and warn other males interested in breeding away. In fact, there was another bull with harem only a few hundred yards away. The two bulls bugled back and forth for hours, their sounds echoing over the otherwise quiet hills as evening set in. 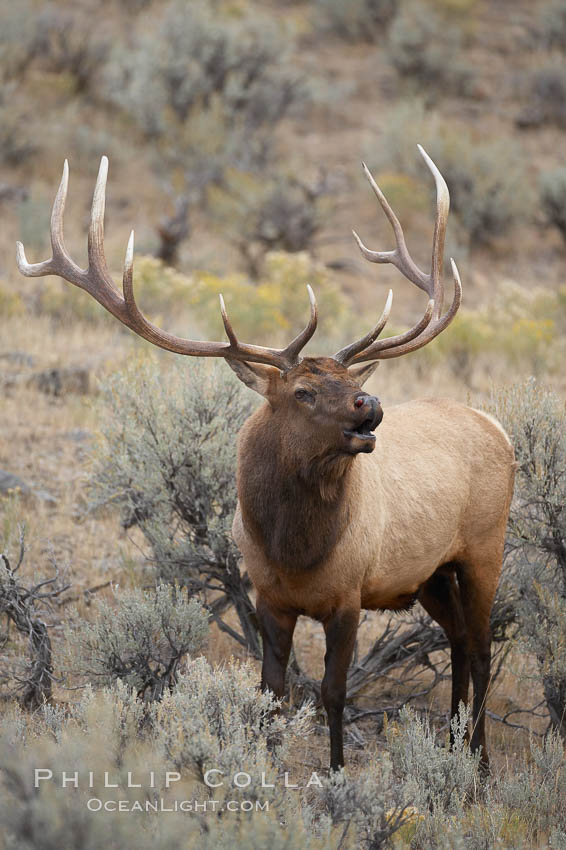