By Phil CollaJuly 1, 2007Photo of the Day
No Comments

Got up to Los Angeles for a family gathering at my dad’s new place. While we were sitting in the kitchen at brunch I saw a fat red squirrel out the window, just sitting there munching on something. After 10 minutes of watching him I figured I should go take a picture. When I got near him and snapped off a few photos, he took off for the next tree so I followed along. Soon I was seeing squirrels in lots of the trees. Wildlife in Los Angeles? When I think of LA I think of Boyz ‘n the Hood, not animals. After doing a little googling to figure out what kind of squirrel this is, I now know that the Eastern Fox Squirrel (Sciurus niger) is an invasive species to Southern California, introduced in 1904 and now spread west to Ventura and south into Orange County. They naturally occur in eastern and central states. 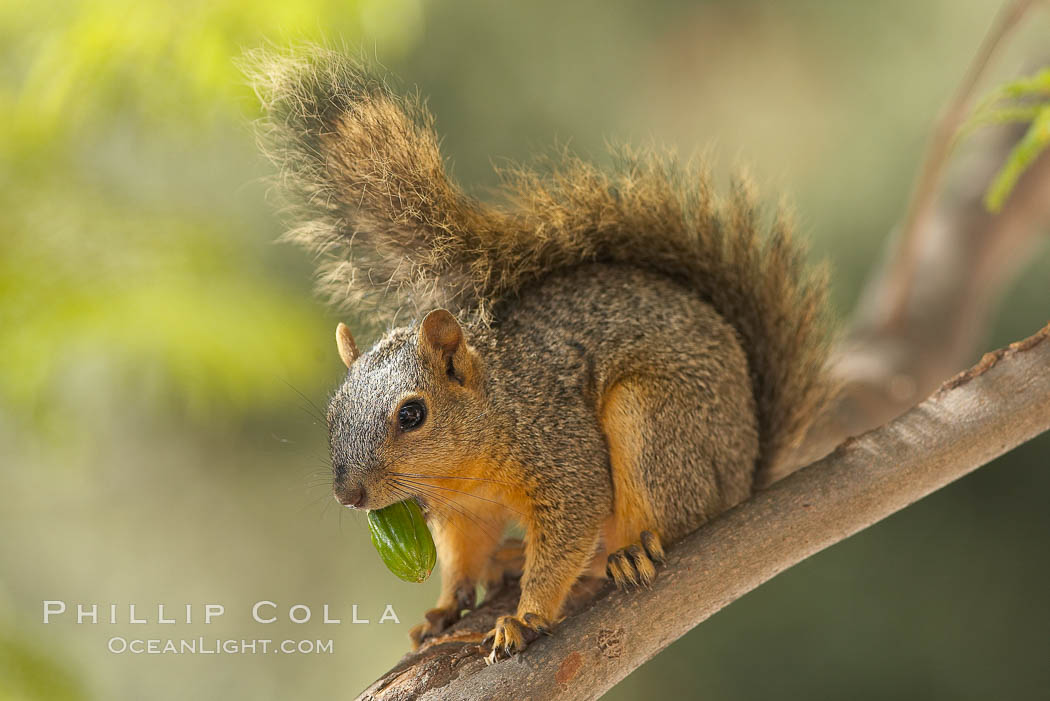 Eastern fox squirrel. The eastern fox squirrel historically occur in the eastern and central portions of North America, but have been introduced in the 1900’s to urban areas in the western United States. They are the largest of the North American squirrels, reaching 29 inches in length and up to 3 pounds. They are generalist feeders with a diet that varies according to their habitat, including nuts, seed, bird eggs and chicks, frogs, flowers and agricultural crops.
Image ID: 18964
Species: Eastern fox squirrel, Sciurus niger
Location: Los Angeles, California, USA