Here we see two northern elephant seal (Mirounga angustirostris) “bulls” fighting on a central California beach. Male elephant seals haul out of the ocean and establish territories on the beach in December, in advance of females who arrive a few weeks later and among whom they form large harems. Throughout the birthing and mating season, which extends through March, males will fight among themselves to maintain or expand their territory and ward off other males who might mate with the females in their harem. Younger bachelor males without established territories will often try to “pick off” a female and mate with her if possible before the bull overseeing the harem notices. Fights like these are common, especially later in the season when most of the mating is done. 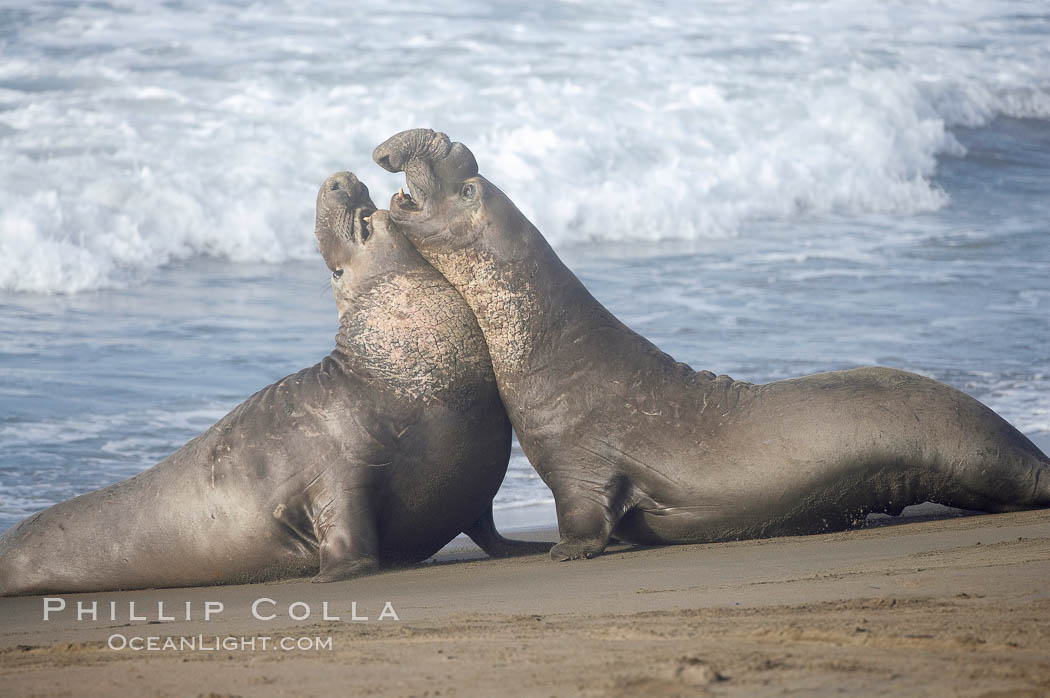 Male elephant seals (bulls) rear up on their foreflippers and fight for territory and harems of females. Bull elephant seals will haul out and fight from December through March, nearly fasting the entire time as they maintain their territory and harem. They bite and tear at each other on the neck and shoulders, drawing blood and creating scars on the tough hides.
Image ID: 20377
Species: Elephant seal, Mirounga angustirostris
Location: Piedras Blancas, San Simeon, California, USA