My friend Eric had a couple of my wave photos laminated onto his custom new board. Eric brought it by this morning before he waxed it so we could get a look at how the images came out. The board looks awesome. The bottom image will end up being mostly obscured by wax, so Eric had a second image put near the nose which won’t be obscured. This way, as he puts it, even when the water is flat he will still be able to look at the image and be forever in a tube. 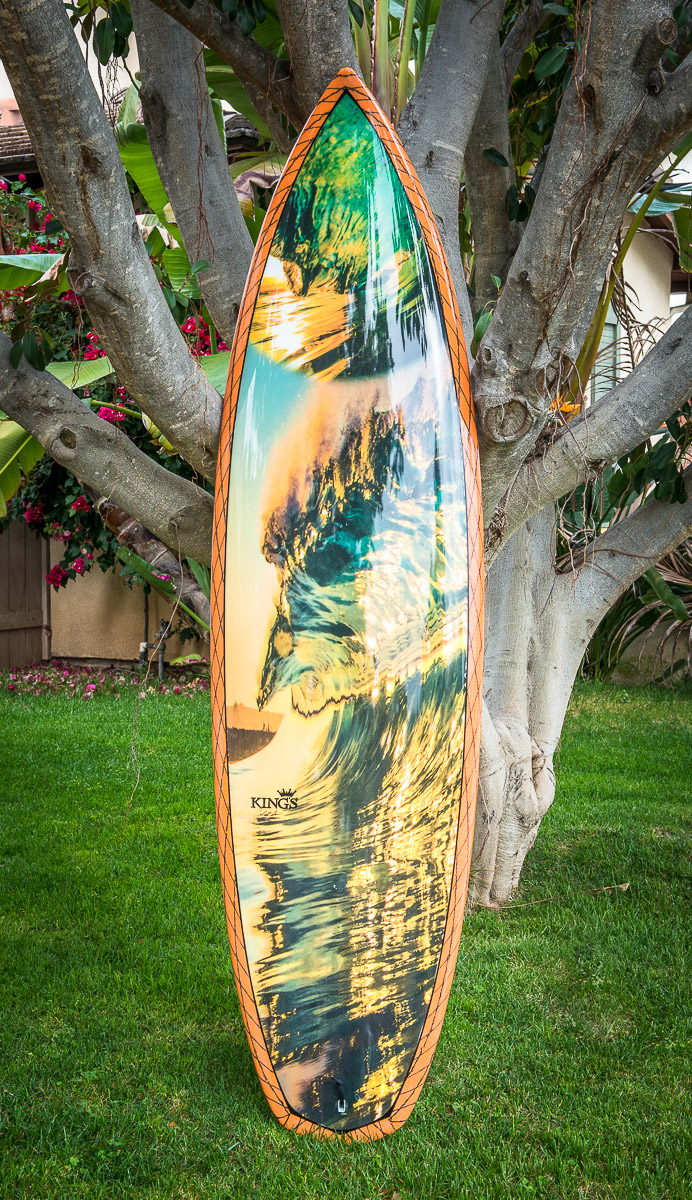