The brown bear on the right, which we nicknamed Scarface for his battered head bearing many previous scars, got hammered hard by the boar on the left. Scarface was not having any luck catching salmon and tried to steal a fish from the one on the left. Big mistake. The bright gash on Scarface, below the left ear, was freshened just seconds before this shot. It was quite a battle, much of it obscured by flying water which killed most of the photo opportunities. It was sad to see the humbled Scarface afterward as he moved to the side but remained on the scene for a while, licking his wounds literally. Life is not easy for these animals. 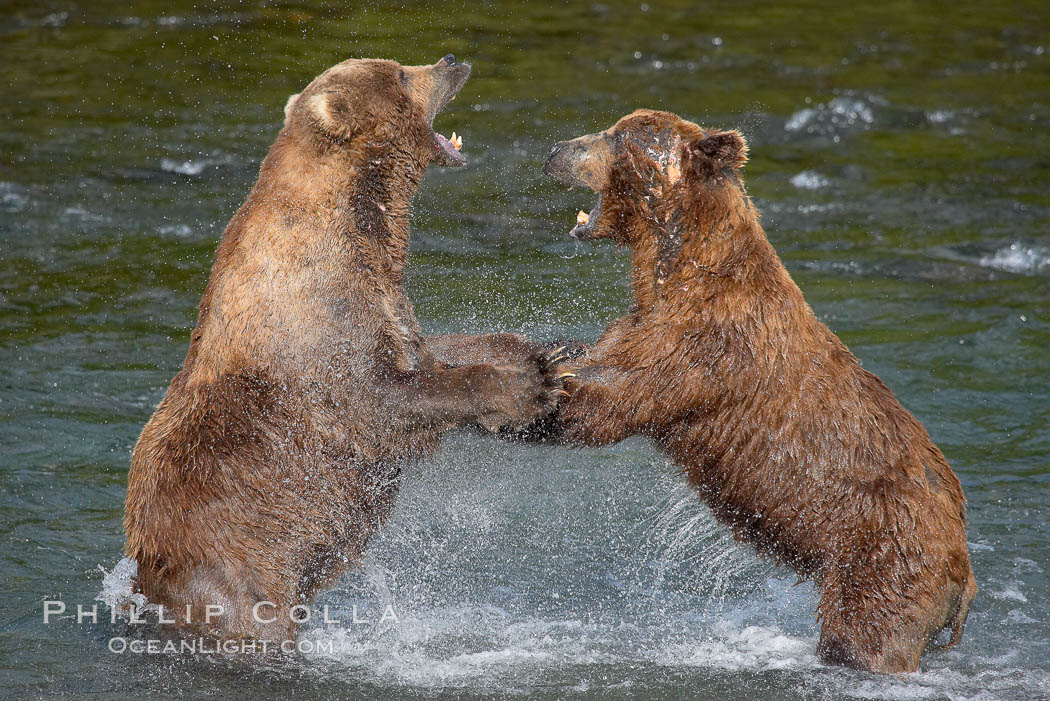 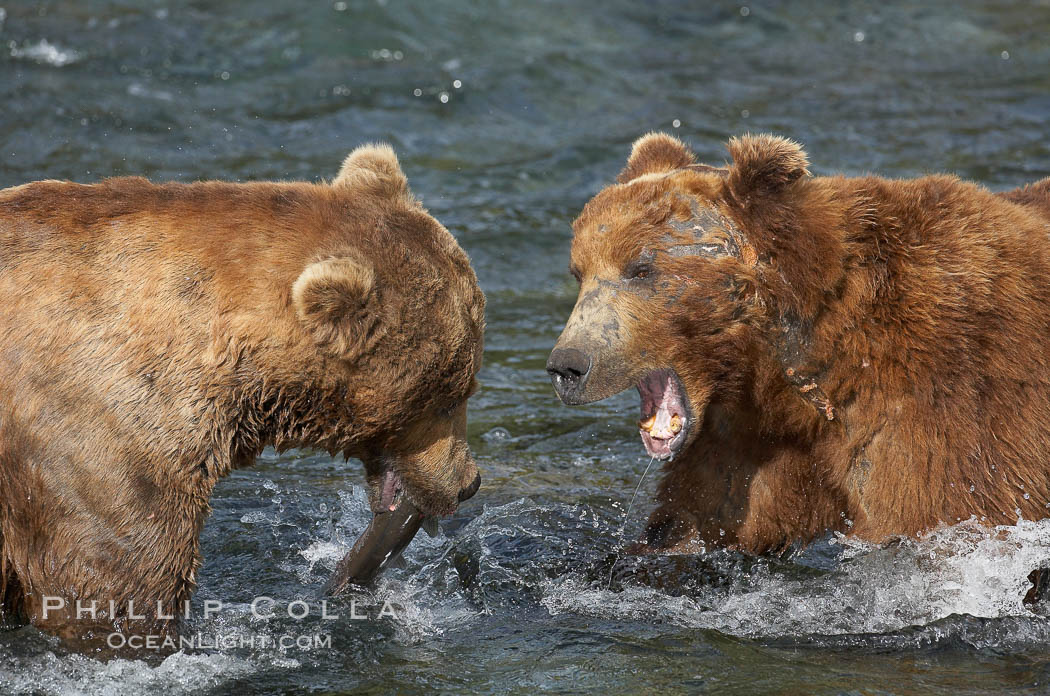 I did not fully appreciate the good fortune of seeing the brawl at the time it happened, I guess it is special to see such a brutal fight between grizzlies at such close range. German Stefan Meyers, a wildlife photographer with years of experience with bears who was next to me rattling off frames with his D2x, said afterward that it was a “lifetime op”.