Guadalupe fur seals (Arctocephalus townsendi) can be found in small colonies along Guadalupe Island, resting in shallow water and hauled out on rocks. In fact, their coloration is such a fine match for the dark volcanic rocks that make up the coastline of Guadalupe Island that they are often hard to see, something that almost certainly kept them from being hunted to extinction in the 1800’s by sealers.  We made a series of exploratory diving and spearfishing trips to Guadalupe Island in the 1990’s and 2000’s during which my goal was to spend as much time among the Guadalupe fur seals as possible.  I was shooting film on most of those trips so was limited in the number of photographs I could take on a single dive, and as a consequence most of my dive time was spent hanging with them as they rested in their characteristic head-down posture and simply enjoying being in their company.  Why head-down?  Guadalupe Island is crawling with white sharks, a fact everyone knows now but not too many people knew back then.  By remaining head-down the fur seals can keep an eye on the water below them in anticipation of a surprise attack from directly below, the white shark’s modus operandi.  Interestingly, while there are plenty of California sea lions at Guadalupe Island, I have not seen them displaying the same resting posture to the same degree — it seems to be confined to the fur seals.  Fur seals, including those at Guadalupe, have a double layer of fur consisting of a coarse outer layer and a very fine, dense inner layer.  It is thought this adaption allows them to trap air in their fur as a form of insulation by allowing their skin to remain nearly dry.  When diving among Guadalupe fur seals, one often sees a fine stream of bubbles flowing from their fur. It really is elegant and not something I have seen with other marine creatures.  Here are a few of my favorite images depicting that head-down pose.  Here is a reprint of an article Skip and I authored for Ocean Realm magazine about Guadalupe fur seals: “Isla Guadalupe’s Regal Fur Seal“.  Cheers and thanks for looking! 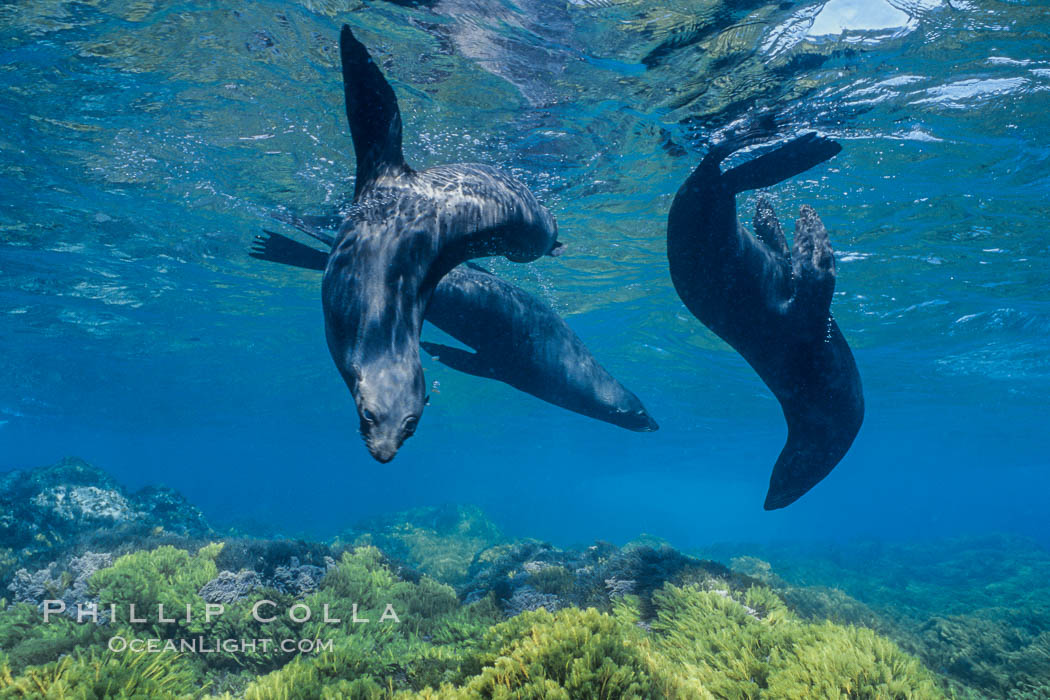 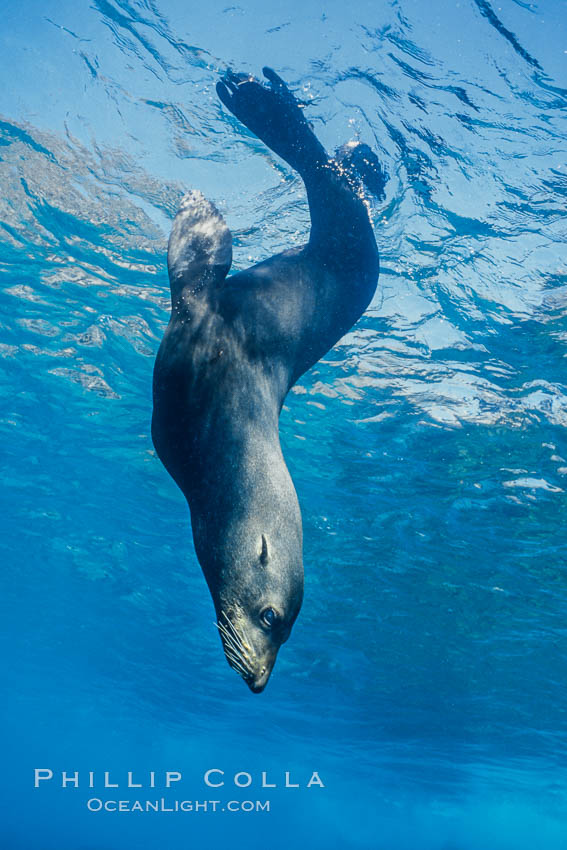 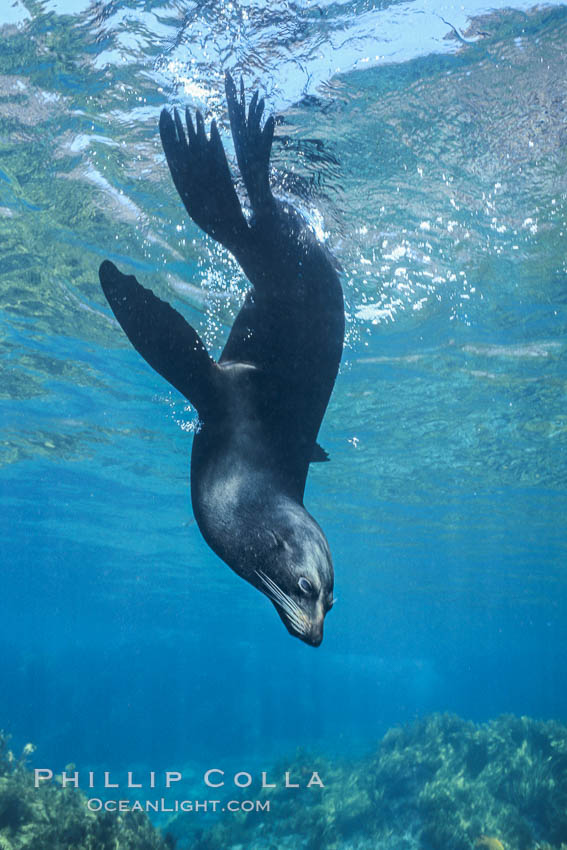 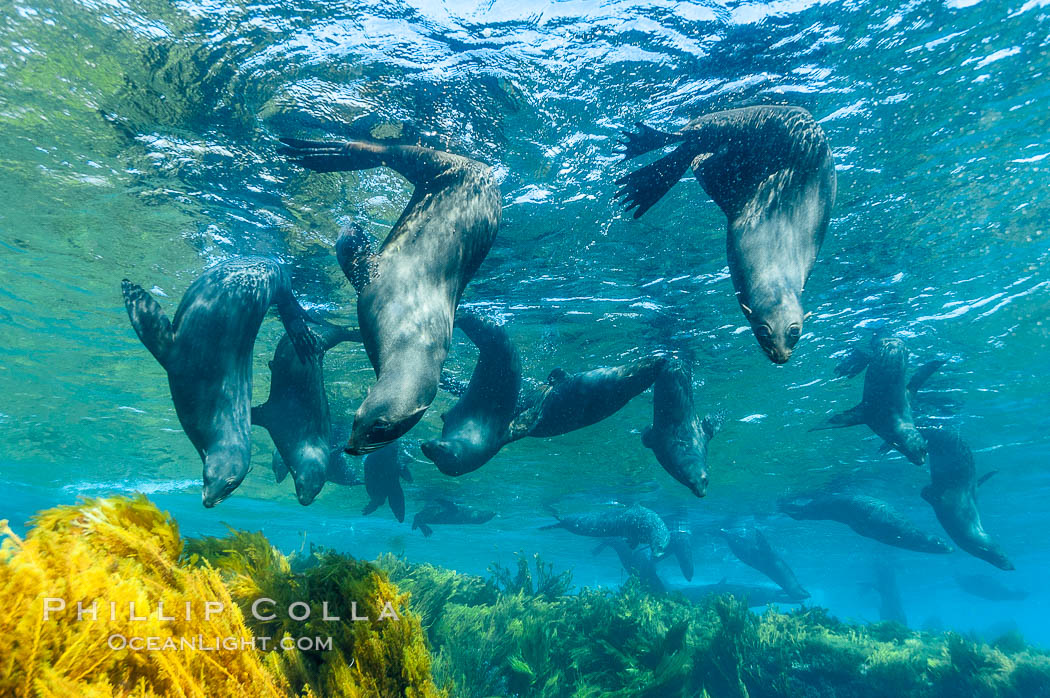 A group of juvenile and female Guadalupe fur seals rest and socialize over a shallow, kelp-covered reef. During the summer mating season, a single adjult male will form a harem of females and continually patrol the underwater boundary of his territory, keeping the females near and intimidating other males from approaching.
Image ID: 09675
Species: Guadalupe fur seal, Arctocephalus townsendi
Location: Guadalupe Island (Isla Guadalupe), Baja California, Mexico