By adminAugust 7, 2012Humpback Whale
No Comments

Humpback whales (Megaptera novaeangliae) are found throughout the worlds oceans, but seeing them near San Diego is somewhat unusual. Conventional wisdom has it that humpback whales in California are most often seen in the Channel Islands near Santa Barbara, as well as the central coast near Monterey Bay. However, if you put in enough time on the ocean anywhere in California, you will eventually see a humpback whale. Friend and fellow photographer Mike Johnson and I had a rare treat recently: a young humpback whale that was surface active for about an hour. It breached repeatedly, including performing head slaps, one peduncle throw, quite a bit of pectoral fin slapping and occasional trumpeting (deep rumbling sounds made while the whale is exhaling, or blowing, while at the surface between dives). You will notice live barnacles hanging from the whales chin when it breaches. These barnacles will die off when the whale reaches warm winter waters, and be reacquired when it returns to colder northern climes. Here are some fun photos from that hour. 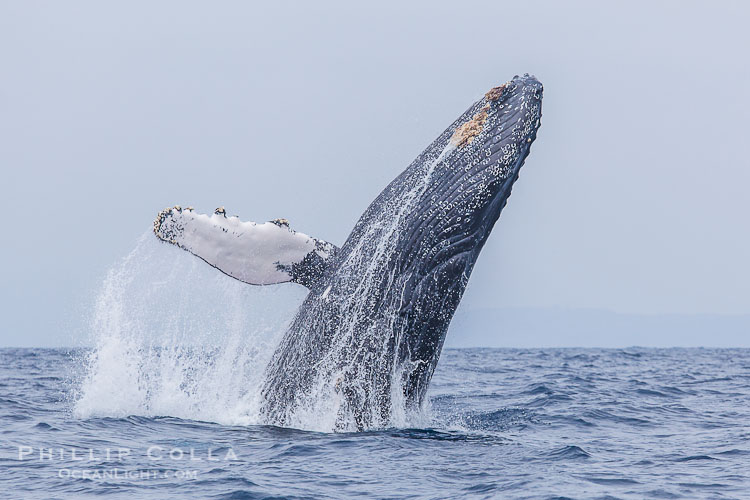