I made a brief trip up to Joshua Tree National Park recently with Garry McCarthy to do some night photography. In Southern California it is difficult to find night skies that are clear enough for productive night photography and heading east to the desert with its dry air and relative lack of light pollution is usually the answer. We arrived about midnight. We had previously decided upon this composition of a standing rock and small juniper, so the challenge was not where to go in the dark park but rather to figure out how to compose the two elements in such a way that the passage of the stars across the night sky would be revealed in the image. I elected to combine several elements: the foreground tree and rock painted with a small light, trails created by stars transiting the sky above, a faint static star field illustrating some of the countless stars over us, and a bit of lightening blue in the sky hinting at the coming dawn. If you liked this, please take a look at more photographs of Joshua Tree National Park as well as my growing collection of nightscapes and astrophotography landscape photographs. Thanks for looking! 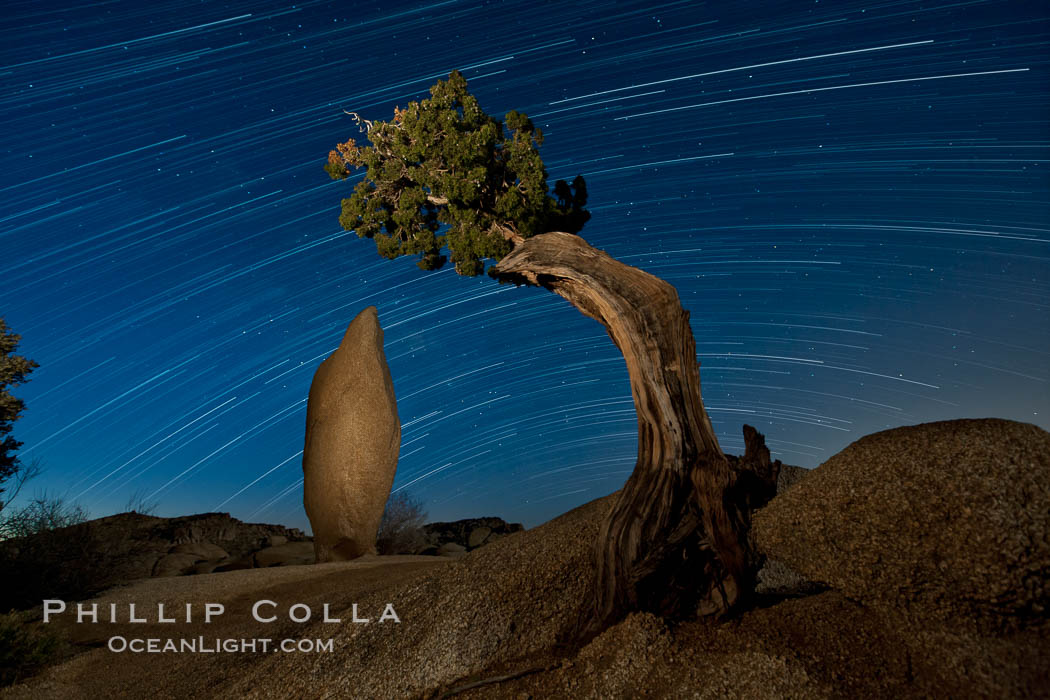