This young Alaskan brown bear (Ursus arctos) waited patiently for the bruisers to get their fill and leave the prime spots above the falls before he was able to go in and have a turn. He had not really figured out how best to catch the fish in mid-air and often resorted to trying to snag them with his paw. He had seen too many Brooks Robinson highlight reels. 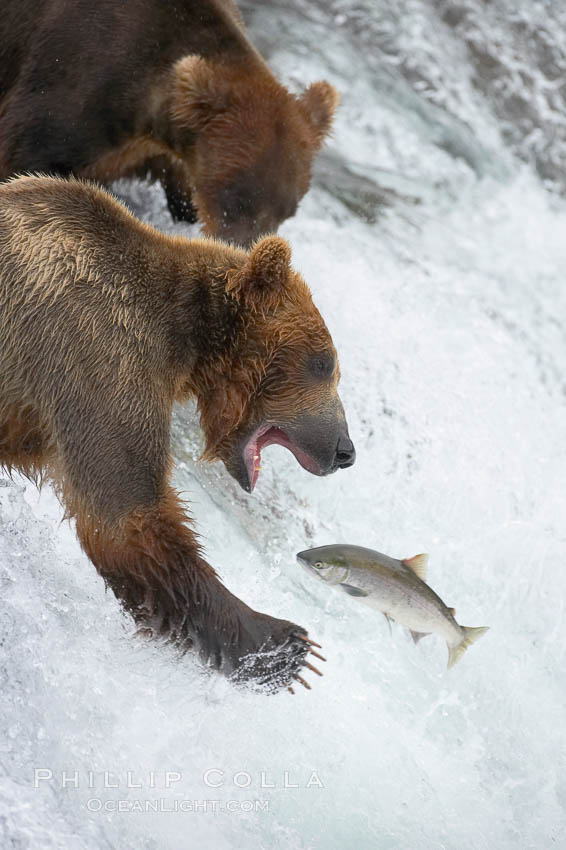 I should mention that the relatively slow motor drive of the Canon 1Ds Mark II at 4 fps meant that I was really only able to get a single good frame off when shooting a bear-catch-fish attempt, nevertheless it was such a typical behaviour that I was afforded hundreds of opportunities in spite of a light salmon run, I will post some in the coming weeks as I wade through the 4000+ frames shot during my week-long first visit to Brooks.