I spotted this coyote (Canis latrans) before sunrise one morning along the Madison River on the western edge of Yellowstone National Park. I was looking for elk but the bulls with their harems were not out in the meadows, preferring the cover of the trees. This fellow caught my eye however. Amid the falling snow I spotted some movement on the far side of the meadow, just along the river — a coyote foraging. He would move along slowly, pause after hearing a small animal under the snow, jump up only to drop and pounce on the poor creature through the snow. He caught a few while I was watching, but too distant and too dark to photograph clearly. There was just enough light to get a sharp photograph of it only when it went still, which it did just once. 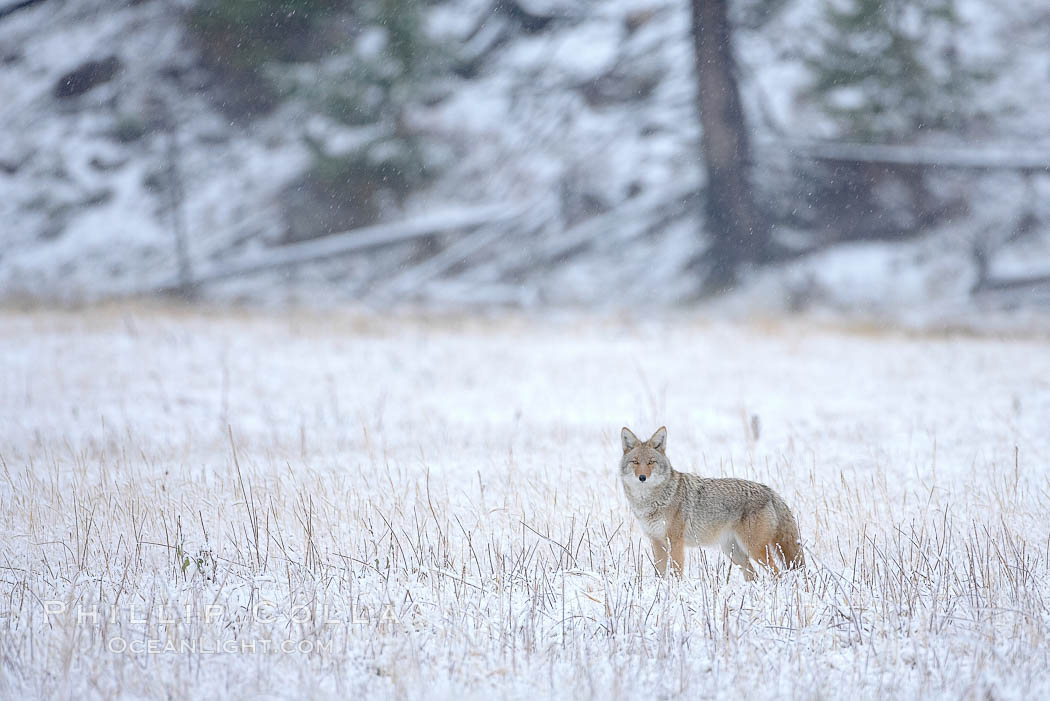