At first glance this looks like a typical mother and pup harbor seal (Phoca vitulina richardsi) pair. Its pupping season right now and this scene is repeated on the Children’s Pool beach all day long. However, this pup struggling, and appeared to me to perhaps have been abandoned. At least it had not hooked up with its mother in the several hours that I was there, and one of the seal people told me that they had identified it as separated from its mother since at least 5am that morning. While the mother was hopefully out in the water foraging, five hours is a fairly long time for a mother to be away from her days-old pup. If indeed the pup was abandoned, it is almost certainly doomed. Another nursing mother with her own pup cannot adopt a second, since she likely will not produce enough milk to nurse both pups until they are weaned. The only reprieve it would have is finding a mother who is still lactating but has lost her own pup and decides to adopt it, a situation that has been known to occur. It was heartbreaking to listen to the pup’s cries as it swam and crawled about the beach looking for its mother. As it did so, it would approach most of the adults and try to nurse. Some adults would simply roll over or move away, while others would give it a whack with their foreflipper. Mothers with their own pups were quite aggressive, biting and shoving the lone pup with vigor. The adult seen here did allow the pup to approach, and the two sniffed one another nose to nose in the typical mother-pup fashion. But moments after this image was taken, the adult whacked the pup across the face repeatedly. It was a tough scene to watch. Most of the crowd that had gathered on the bluff to see the pups (which were featured in the paper recently) laughed as this little one (and others) moved about the beach, but I am pretty sure that few fully appreciated the predicament this particular pup was in. Hopefully mother showed up after I left and all was well. 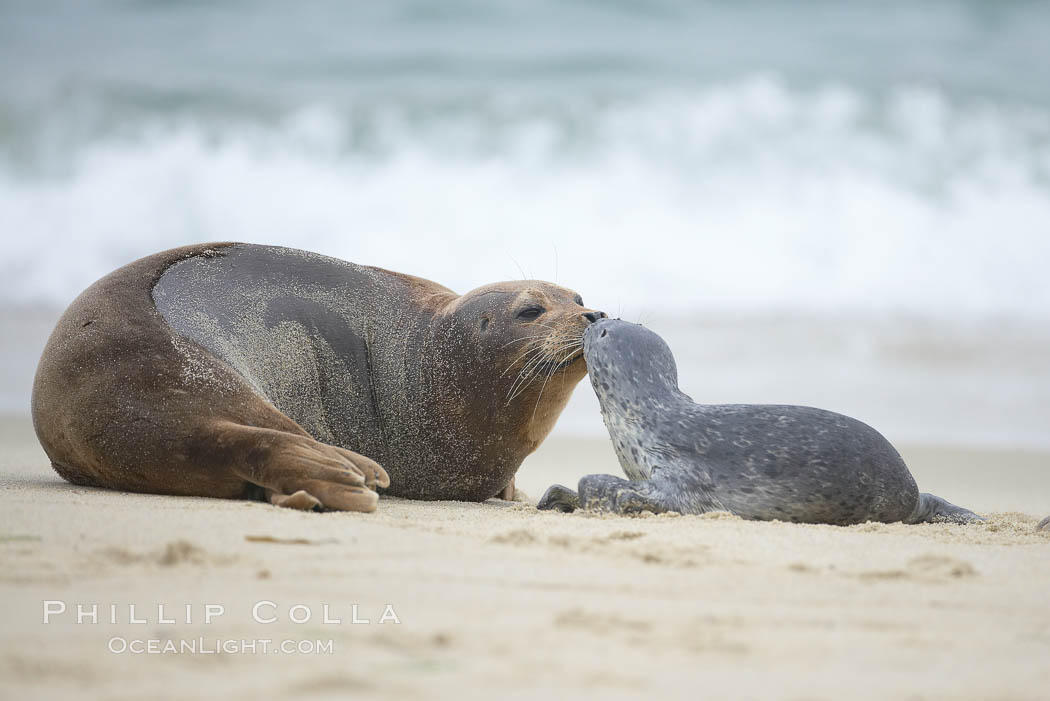 Here is another image of the little pup, crying while a nearby adult ignores it. 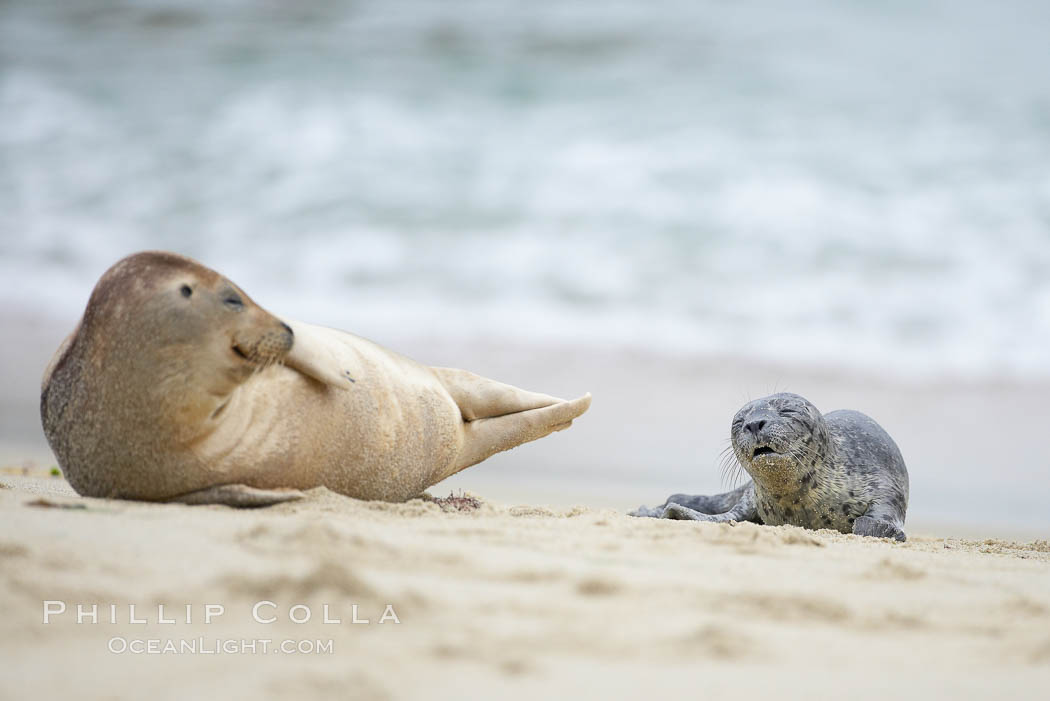