On Instability, or, A Small Change in Perspective Goes a Long Way

Instability: the characteristic of a system in which a small change in inputs leads to relatively much larger change in output.

I was first introduced to the formal idea of instability as a graduate student at UCSD in a series of lectures offered by William Nachbar, one of my favorite professors.  Since then, in my professional career as an algorithmist, scientific programmer and developer of data mining and predictive analytics engines, I have often pondered the idea of instability. Indeed I have spent much time working on software applications in which a small change in initial conditions would lead to a (usually undesirable) large change in the outcome.  It may sound strange but to this engineer examples of instability are everywhere, and with a little thought can be used to advantage even in something as mundane as photography.  Consider the following two examples in which a small change in one of the initial conditions – perspective – leads to moderate or profound change in the outcome (the image).  (It should be noted that in all four images, my shadow is pointed toward or directly at the subject.)

In the first, we have the same light, same photographic settings, same animal, essentially the same posture, and nearly the same moment in time (only about a minute separates the images).  However, in the first I am standing while for the second I am on my knees.  The small change in the elevation angle changes the background considerably.  In the latter, the reef is no longer seen and, since the axis of the lens is pointed just a hair below the horizon, the water in the distance is as far away as possible and as defocused as possible.  I like both, and often shoot and keep both versions when its possible, but I have observed that bird photography specialists tend toward the latter, cleaner background. 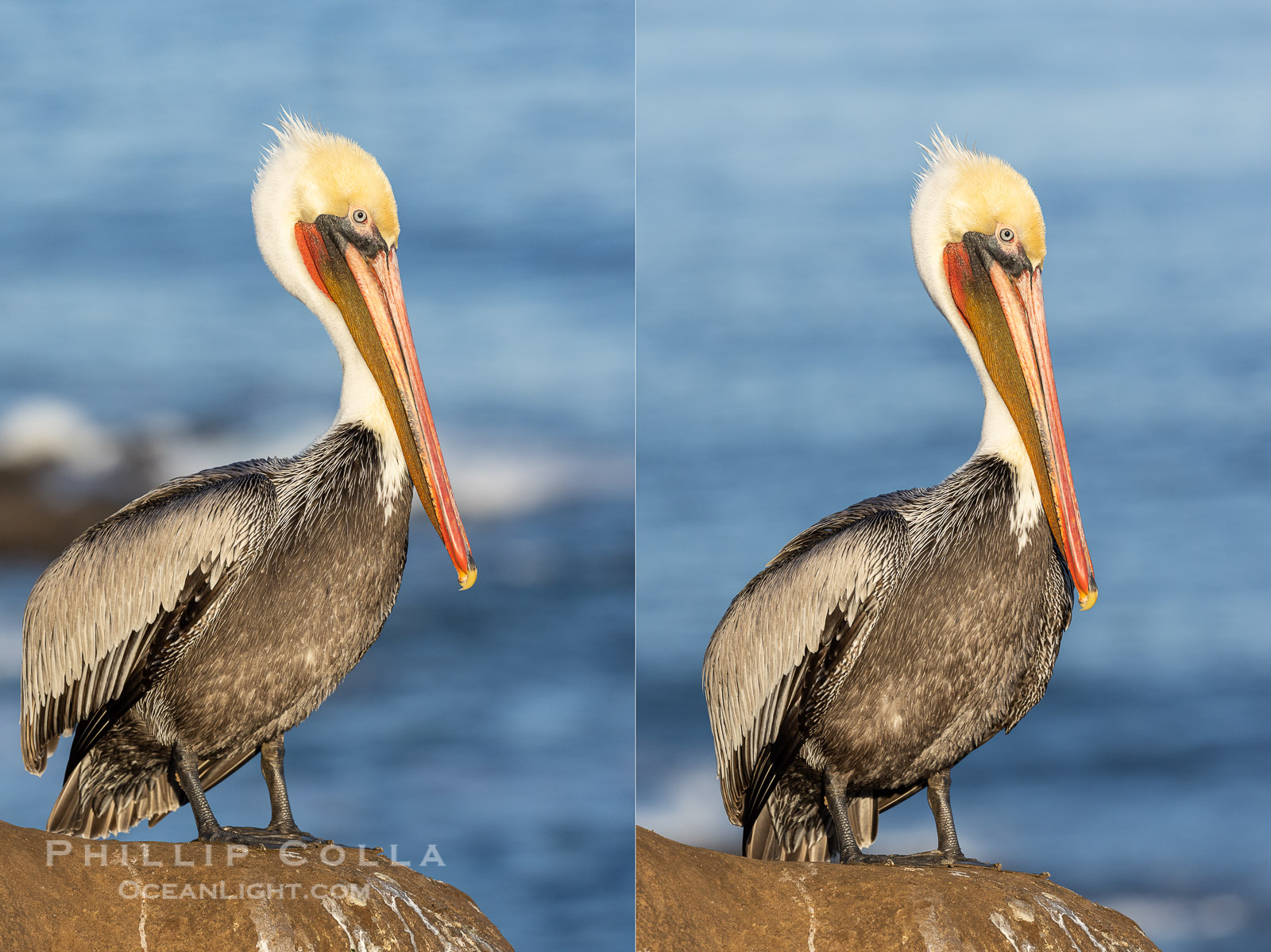 In the second pair, I made a made a small change from left to right, completely altering the background. I simply shuffled on my knees three or four feet to the right, to move the background 30 or 40 feet to the left and into full shadow.  Same bird, same light, same camera settings, virtually the same time, but completely different feel to the image. 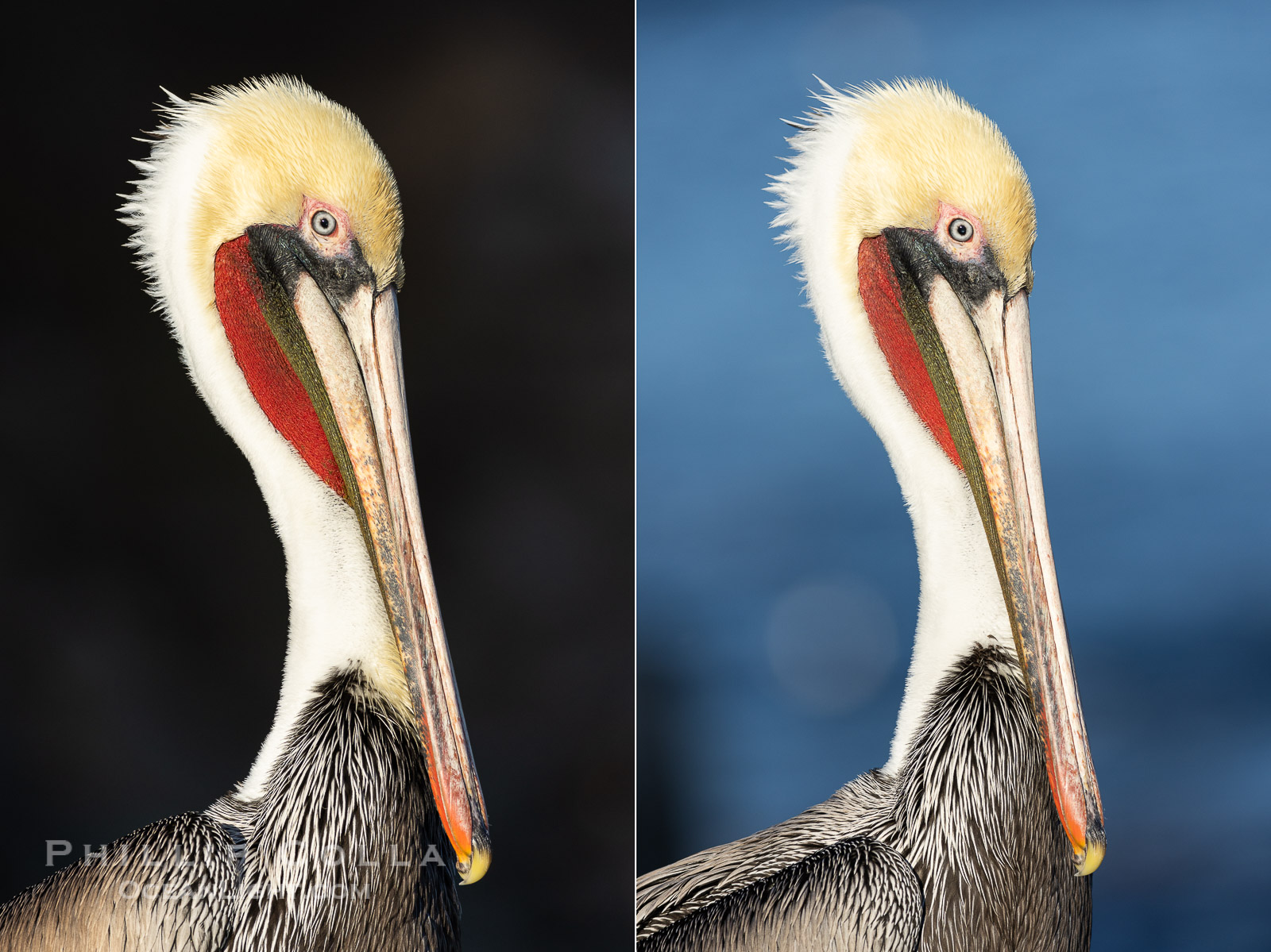 After I originally wrote this post, I stumbled across another pair that illustrates the background change, full body this time, shot about a year before the above example. Again, all I did was move to my right a few feet and the background changed completely, giving the image a very different feel. 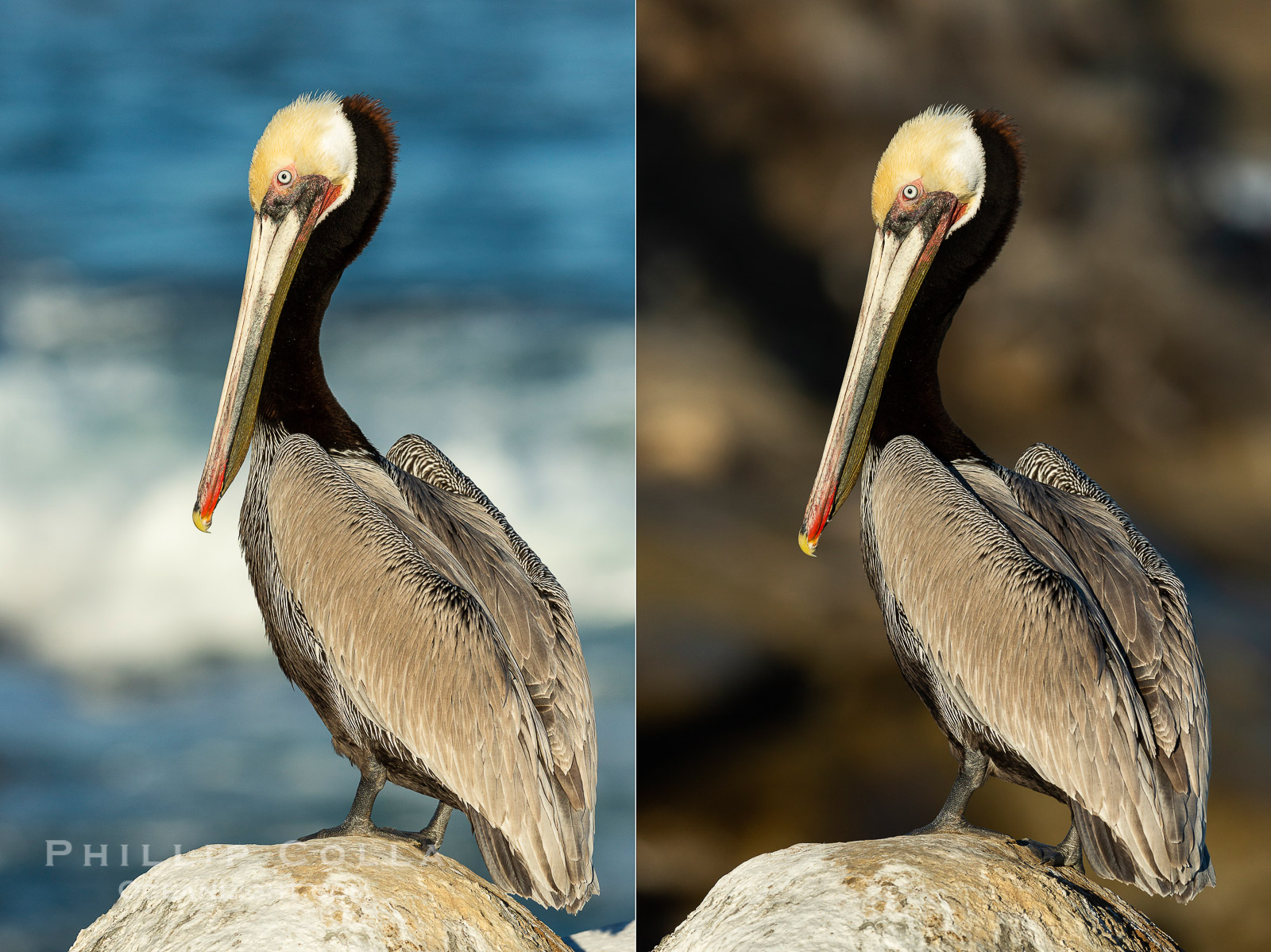