Photo of a Pelican In Flight

See our Guide to Photographing Pelicans in La Jolla.

A portrait of a California brown pelican in flight (Pelecanus occidentalis). I shot quite a few sharp, crisp pelican shots by handholding the 500mm recently. Normally I just use it on a Wimberley gimbel head since the lens and camera are so heavy, but that combination is sometimes awkward when tracking flying birds. It can be hard to swing the lens through a large arc and keep the focus spot on the subject while following a fast-flying bird. I have heard other photographers insisting they can shoot tack sharp images of birds in flight by handholding the 500mm so I decided to give it a shot, and surprised myself with how many of the images were razor. I’ll be handholding more often in the future I think. 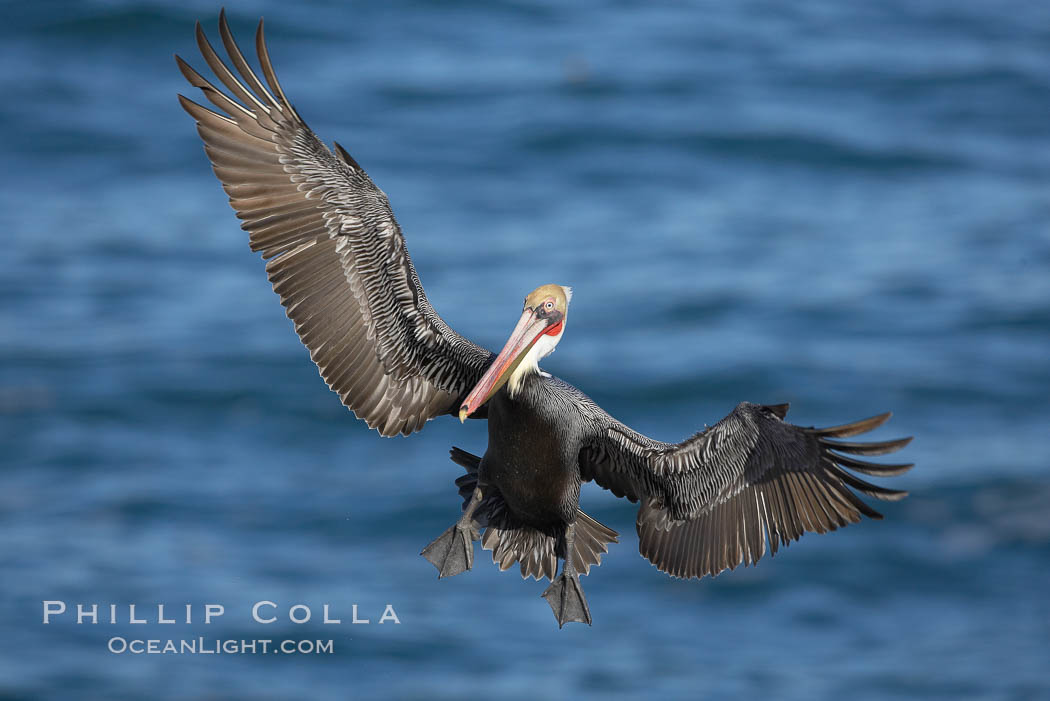 Photo of a Juvenile Brown Pelican