Half Dome is the one feature most closely associated with Yosemite National Park. A vast lobe of Mesozoic-era granodiorite magma cooled to rock, Half Dome was gradually uplifted to its present altitude of 8842 ft. As the rock was exposed, weathering and exfoliation of shell-like outer layers of the rock shaped the dome portion of the rock to its current shape. The summit is easily attainable as a day hike in the summer, if you have the stamina to undertake a 17-mile roundtrip hike with 5000 feet of elevation gain from the valley floor. To say that the view from the summit is worth the effort is an understatement. If you like this, please see more of my photos of Yosemite National Park. 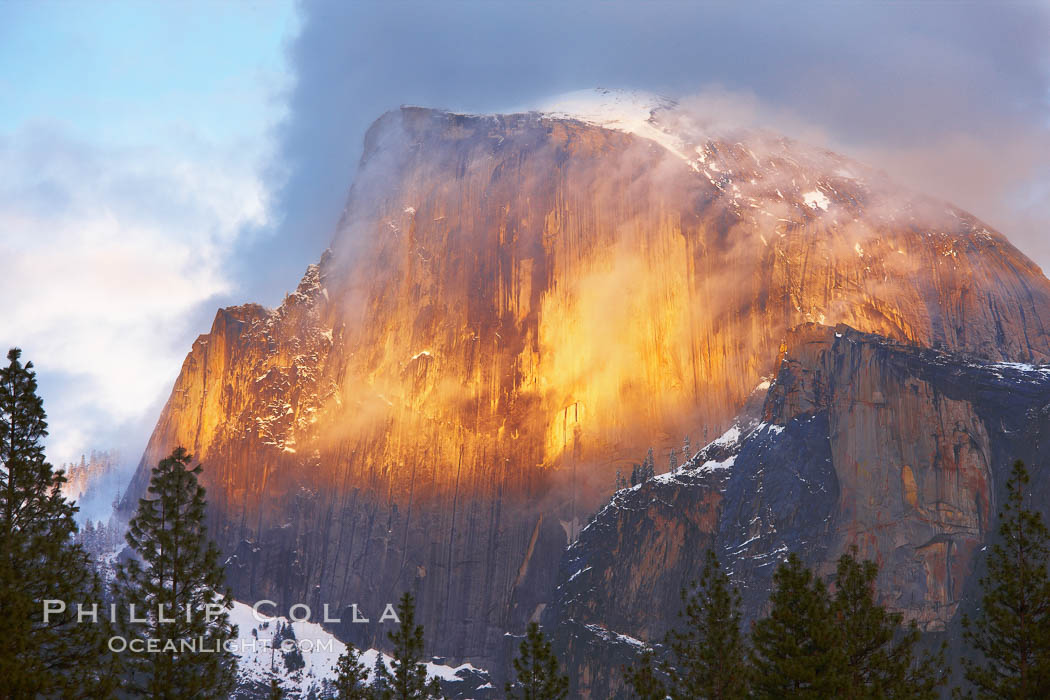